Arguably the best in the series gets the remake treatment.

Dust off your 3DS because Nintendo is giving players a reason to put down that Switch and grab the dual screened portable for one more romp. Over the last few years we’ve seen facelifts to the Mario & Luigi series on the 3DS, but Nintendo decided to save perhaps the best in the series for last, finally giving us the timeless wonder, Bowser’s Inside Story. 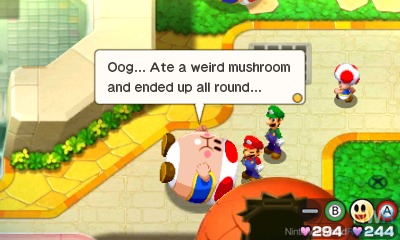 Whether you’re new to the series or somehow missed out on Bowser’s Inside Story when it originally released, there’s no better time to jump in. It’s known to many as the best entry in the series, delivering some of the finest dialogue and prominently features the big bad Bowser. Bouncing between taking control of Bowser in the overworld and both Mario and Luigi within his gut offers some truly clever moments throughout the adventure. Partaking in a rhythm minigame to help beef up Bowser’s arms to toss a castle was not only comical, but just downright fun. Combat continues to revolve around the action commands found in previous installments, but with the addition of a third teammate some new options open up. While the three don’t directly work together, certain situations allow Bowser to inhale enemies, giving him the aid of Mario and Luigi’s firepower within his body. I’m continuously impressed with the balance between play styles which helps to keep the pacing solid and the gameplay fresh. 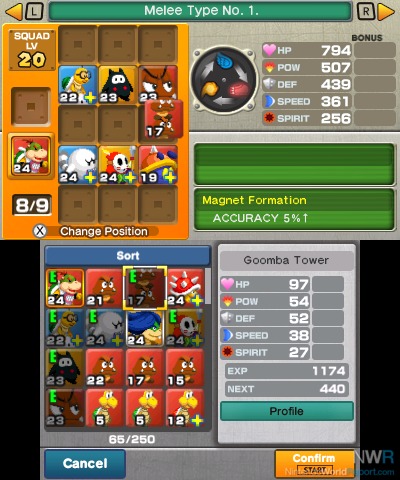 If you’ve been following the other updated version to the series, you’ll have a pretty good idea of what’s in store. Updated visuals, music, and an addition of a new mode, this time around called Bowser Jr’s Journey. This new mode plays drastically different than the main story, delivering a nice change of pace. However its passive nature might not be for everyone, but if it does land its hooks in, there is plenty to keep you busy. The story runs parallel to the main game’s events, giving you a glimpse at how some story elements come to fruition, which I find to be both interesting and charming.

When it comes to the gameplay it revolves around a rock, paper, scissor attack triangle. Ranged units have the advantage over flying units, flying have the upperhand against melee, and melee will do better against ranged. Understanding this is immensely important because the goal is to take our the enemy squads leader before losing your own. The best way to ensure that happens is to evaluate what enemy types each battle presents and counteracting it with the proper units. Once your team is selected and the battle begins, minions will automatically attack one another as you watch how it plays out on the battlefield. 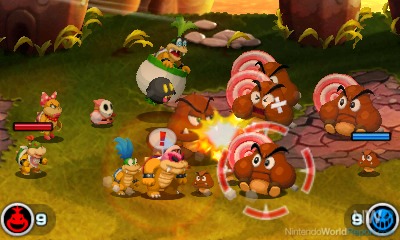 Don’t worry though, there is some player agency when it comes to captain abilities. Abilities such as rallying your team or cancelling out an enemy special attack give you a big advantage, but these actions are limited. There’s also action commands that pop up on the field of play, helping you dish out big damage to enemies. The player’s actions are minimal, but do certainly help sway the tide of battle. I found this mode to be oddly addicting, as you level up your units and push through the seemingly endless battles. They do become a bit tedious after a while and some grinding might be needed on occasion. I found this mode to be best enjoyed in smaller chunks or while watching TV or listening to podcasts.

Mario & Luigi Bowser’s Inside Story has often been regarded as the best entry in the series and with this release it breathes new life into a classic. With the addition of Bowser Jr’s Journey, it dishes up hours of fun on top of the already excellent base game. As I progress towards the end, I’m finding myself gleefully enjoying the trip as much as I did when it was originally released nearly a decade ago.

save perhaps the best in the series for last

known to many as the best entry in the series

often been regarded as the best entry in the series

Not really sure a subjective opinion like that needed to be inserted at three different points of this impression. I just finished playing the DS version last month for the first time and, boy, do I disagree with this statement. Bowser's Inside Story has been the weakest entry I've played so far which is the first three. This is a series already spinning its wheels at its third entries and sticking to a formula of diminishing returns while trying to inject short different playstyles and ideas to mix things up. However, it's a case of "Jack of all trades master of none" situation as these new ideas are pretty generic. I'd written a whole take down of this game but I've decided to edit that out and see what happens when the game actually gets reviewed so I'll leave my thoughts at that.

But I did want to just make one helpful point that you may want to edit the article for:

Partaking in a rhyming minigame to help beef up Bowser’s arms to toss a castle was not only comical, but just downright fun.

I believe you mean rhythm and not rhyming here.

Hey, he was impressed, hence impression! 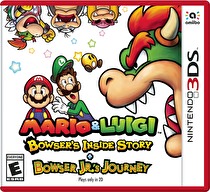