Waiting is the hardest part.

When Hollow Knight was announced for the Switch I decided I would pass on the PC release, even if it meant waiting a couple months to play it. After all, I had Breath of the Wild to occupy my gaming time so it wasn’t the hardest of sacrifices to make. Unfortunately it’s still not out on the Switch and I can only wait so long. The last Steam sale was also pretty persuasive. Nevertheless, playing Hollow Knight on PC has convinced me that it will be a perfect fit for Nintendo’s new console/handheld hybrid. 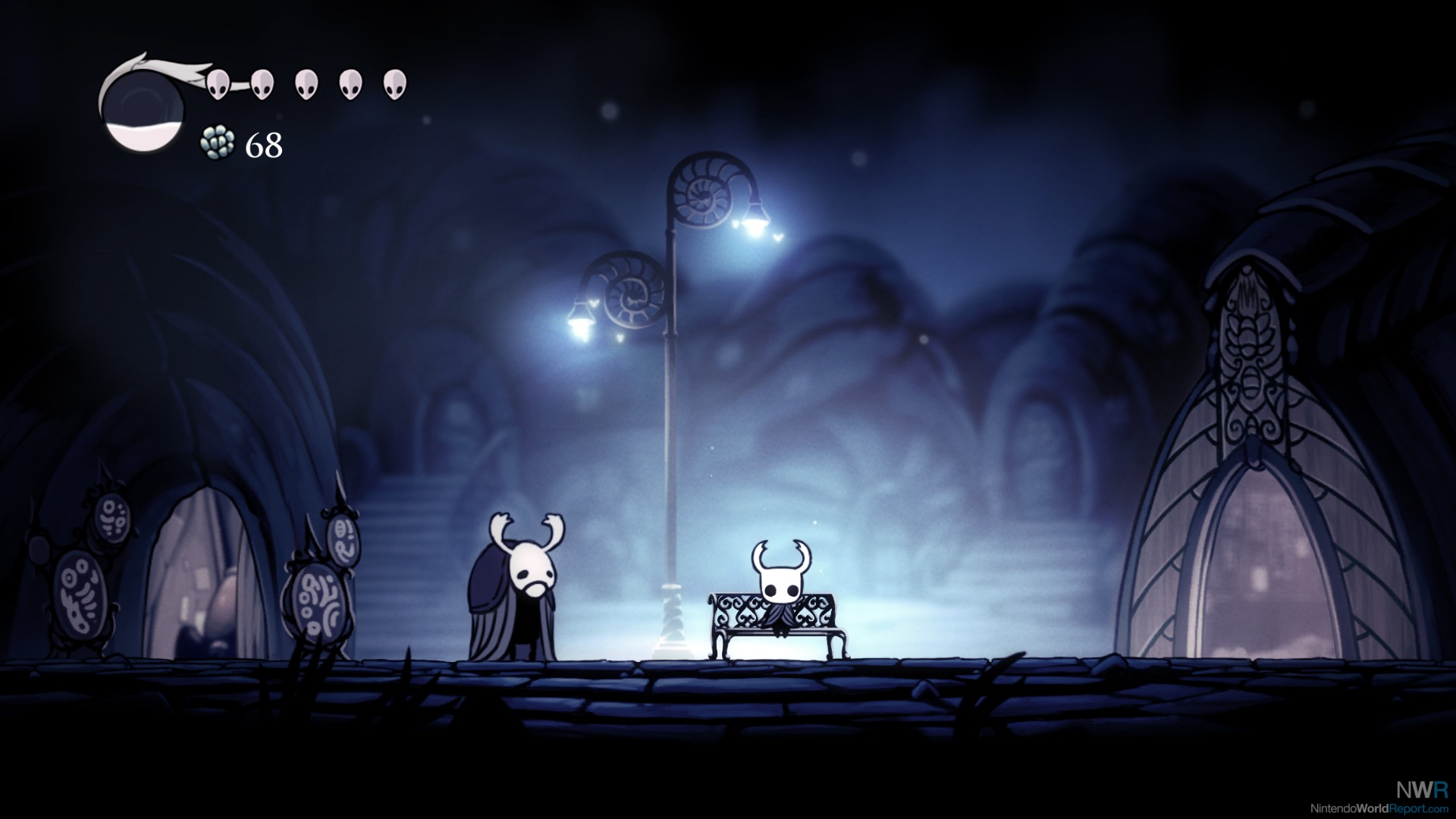 Hollow Knight is an action platformer in the Metroidvania mold that was partially funded through Kickstarter and developed by Team Cherry, a group of three guys from Australia who bonded over their love of Zelda II. The game is set in Hallownest, an expansive, yet decaying world filled with the animated corpses of once sentient insects. You take the role of an unnamed knight of sorts and travel through the world’s ruined underbelly. Along the way you’ll run into a slew of enemies as well as a few insectoids of sound mind that are happy to help you on your way, though usually for a price.

Early on you’ll learn the importance of geo, the game’s currency. Like in most Metroidvania titles, areas in Hallownest are blocked off until you discover new abilities. These abilities are usually obtained after killing bosses and act as permanent upgrades. However, NPCs scattered around Hallownest offer a different kind of upgrade in exchange for geo. Improving your map will likely be the earliest of these you’ll run into. Neglecting to do so will leave you with a nigh useless map that doesn’t even mark your current position. Upgrading it adds markers for your character and special areas like checkpoints and fast travel points, as well the ability to feel out the map as you explore. NPCs will also sell items called charms that buff your character making it that much easier to traverse, collect items, and increase your resilience to enemies. These buffs are limited by the number of slots you have however, so you’ll want to plan wisely as to which ones to equip.

While map upgrades and charms make exploring Hallownest easier, you’ll first need to go without them to rack up enough geo to buy them. You’ll find geo in chests hidden about, but most of your wealth will come from slain enemies. The combat in Hollow Knight is fairly simple. You’re armed with a sword called a nail that you can slash forward, upwards, and downwards. There are no complex combos. Much of the combat revolves around watching for openings—especially with bosses—and going in for the hit. There’s slight recoil when you hit an enemy, so you’ll also want to be mindful of your surroundings. This recoil works to your favor while performing downward slashes, allowing you to bounce off enemies much like in Zelda II or more recently, Shovel Knight. In addition to geo, you’ll also receive soul from fallen enemies. Soul is used to perform different abilities you’ll acquire throughout the game, such as the ability to heal yourself. If collecting geo sounds a bit too much like grinding then don’t worry, you’ll likely spend enough time searching where to go next that you’ll you rack up plenty of cash. Hallownest is a vast world and it’s not always apparent where you need to go, but finding all of the nooks and crannies scattered about is part of the fun. With so much time spent exploring, I do wish I could play it on break at lunch or while lying in bed. It’s a game that can suck you in for hours, hours that you may not want to spend sitting in one place. The Switch version will more than remedy this. 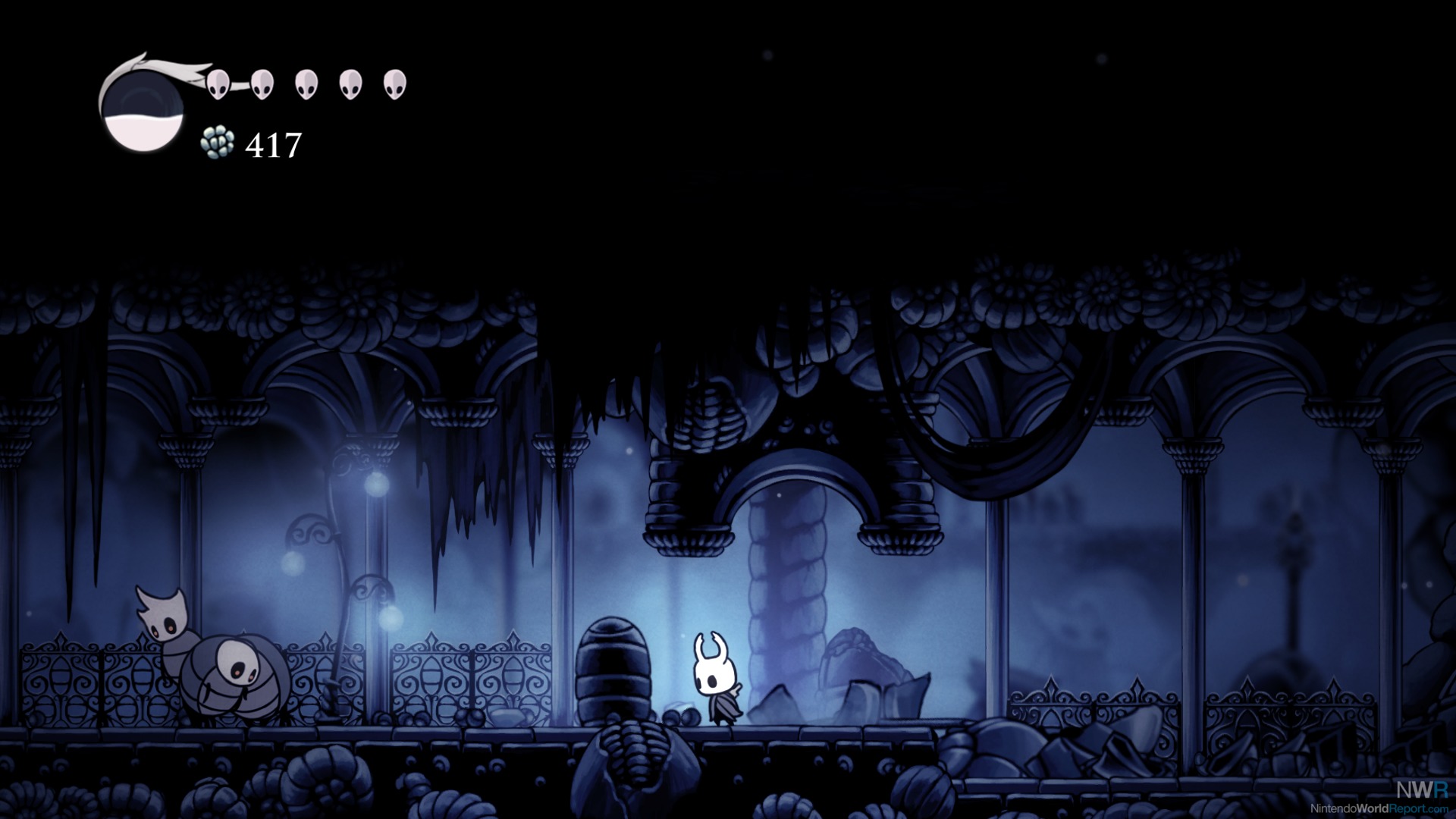 As much as I’ve enjoyed my time playing Hollow Knight, what impresses me most is the presentation. Its traditionally animated sprites and intricately painted backgrounds are a treat to the eyes. Likewise, the game uses sound in novel ways that help to bring Hallownest alive. You’ll likely hear NPCs and enemies before you see them as they get progressively louder as you draw near. The soundtrack also does a great job infusing a sense of melancholy throughout the ruined world. It continually amazes me what small teams like Team Cherry are able to accomplish on relatively small budgets.

According to Team Cherry, Hollow Knight is now “feature complete” on the Switch but they’re still looking to test and optimize it further. There is no stated release date as of yet. The Switch version will include the upcoming DLC, Hidden Dreams, at launch. It initially released on PC on February 24, 2017. You can expect a full review when it launches on Switch hopefully sometime this year. 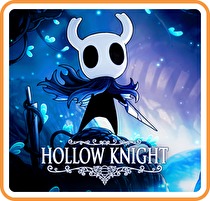