Ever wish you could make your own Skylander?

Every year Skylanders tries to take it up a notch, but this year marks the biggest change for the franchise: customizable characters. For the first time, the power is in your hands with the Creation Crystal.

Skylanders Imaginators pits the imagination of players against Kaos. Long ago, the Ancients used the power of Mind Magic to create the worlds of Skylands. This power was so great that they sealed it away to protect it from evildoers. However, Kaos has succeeded in unleashing this power and created Doomlanders to take over the world. Players must harness this power for themselves to create heroes that can stop Kaos. Eon has also sent the masters of battle classes, Senseis, to help train these Imaginators and join the fight. 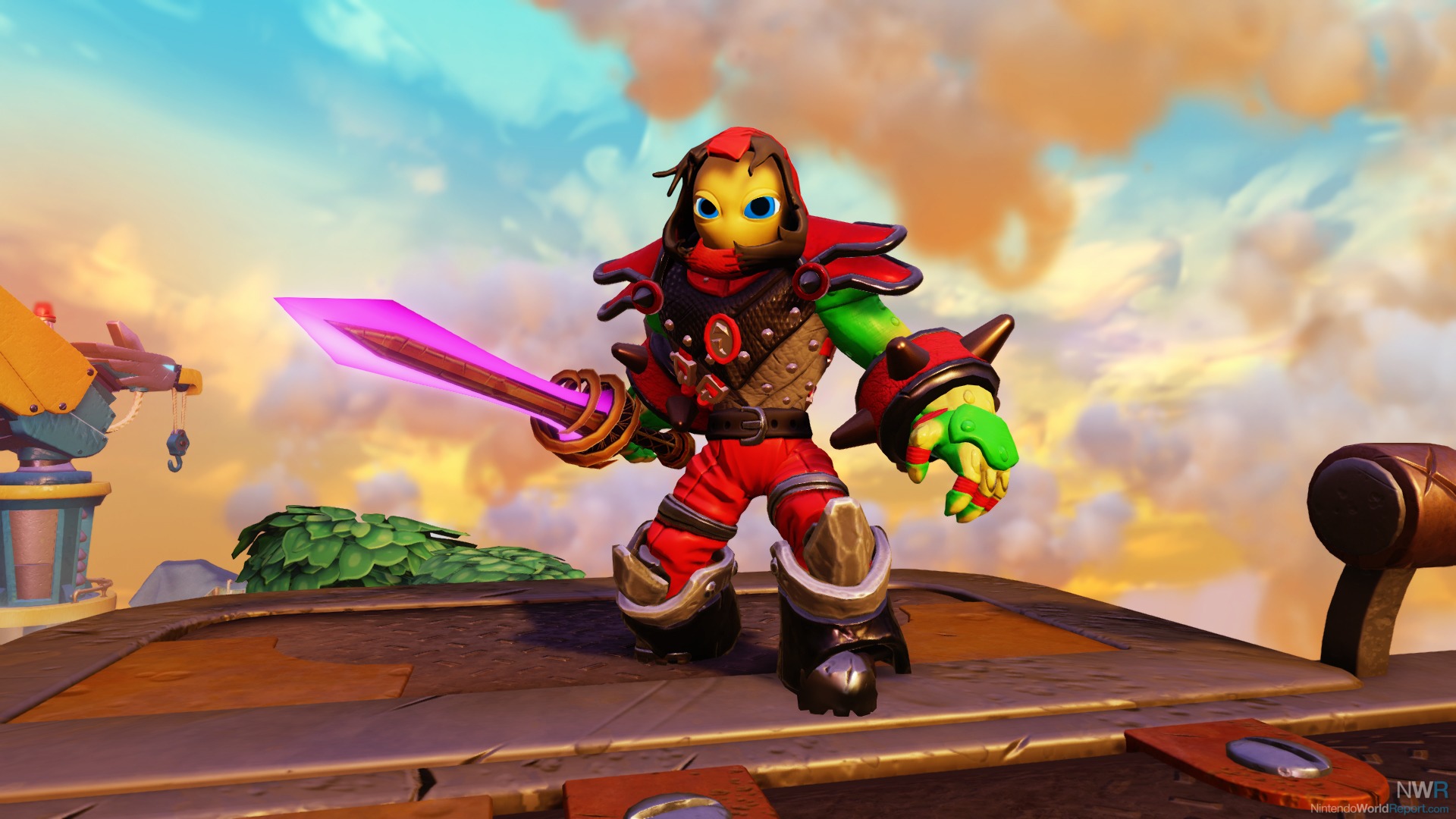 The amount of customization Toys for Bob put into the game is remarkable. There are five main categories: Body, Gear, Color, Powers, and Personality. In Body, players can change every aspect of a character’s appearance, even their ears. There were over 60 options just for the head alone. Players can also add an aura, which range from cute sprites that fly around to stinky waves that surround their body. The Gear category not only dresses a character up, but improves their stats. Only basic gear is available at first, but more quickly becomes available as you advance through the game in various ways, like unlocking chests. Color changes up skin, clothes, and hair and offers themes to choose from. 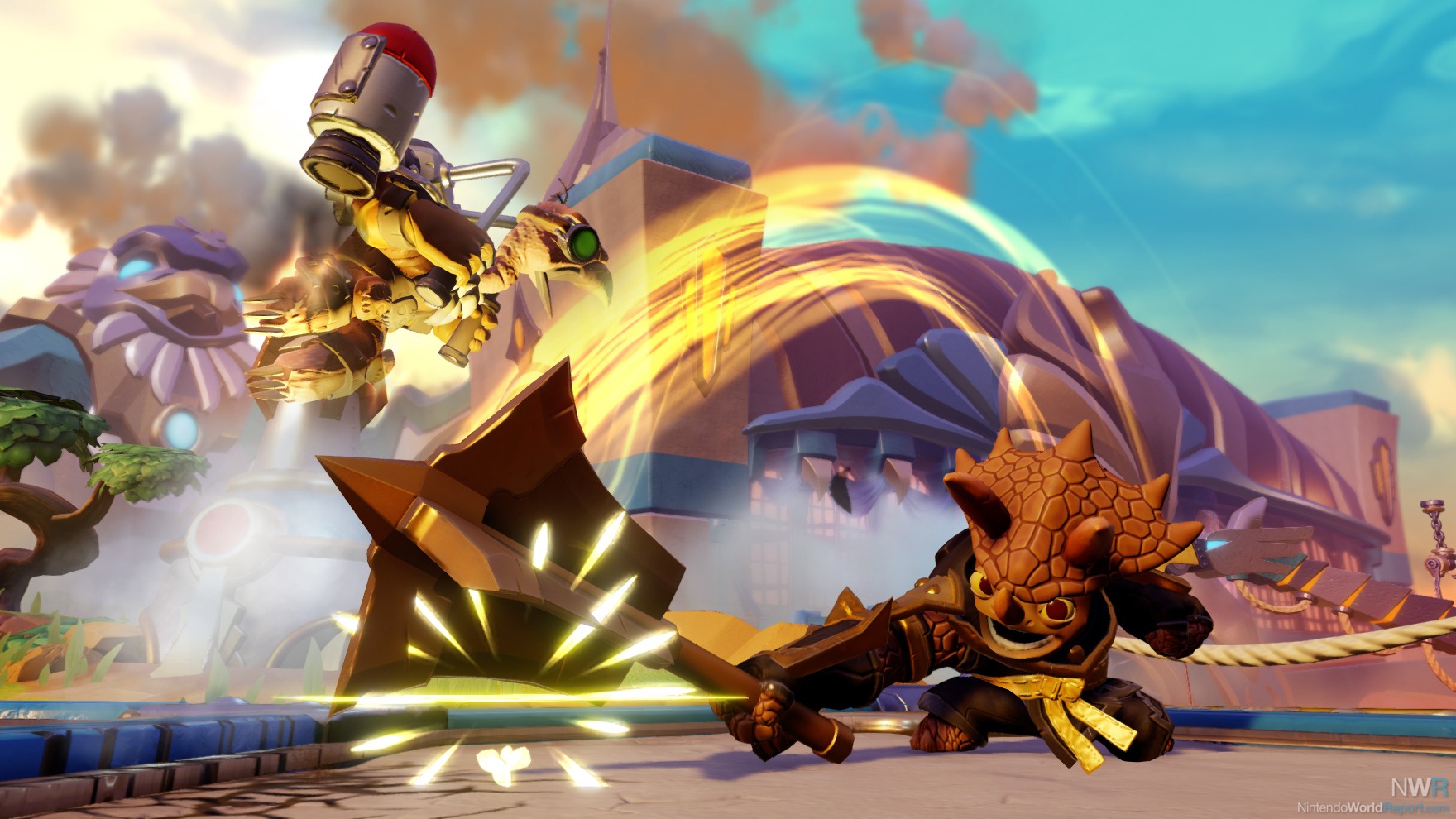 Powers are tied directly to a character’s class and elemental. When you buy a Creation Crystal, it will already be locked into one of ten elementals that players of the series will be familiar with. However, gamers can choose their battle class: Smasher, Knight, Ninja, Bazooker, Quickshot, Sorcerer, Brawler, Sentinel, Swashbuckler, and Bowslinger. Battle classes and elementals offer different abilities and advantages to the game, so it’s good to experiment to find what fits your style. When in the Power category, gamers can choose their special attacks and see their special Soul Gem ability. However, the Soul Gem must be unlocked by finding the rare item in the game.

Personality is easily the most fun option, and was added to further tie in Imaginators with the silliness and fun already associated with previous characters. Custom catchphrases, voices, and vocal effects can be selected, as well as theme music and sounds, and a name. 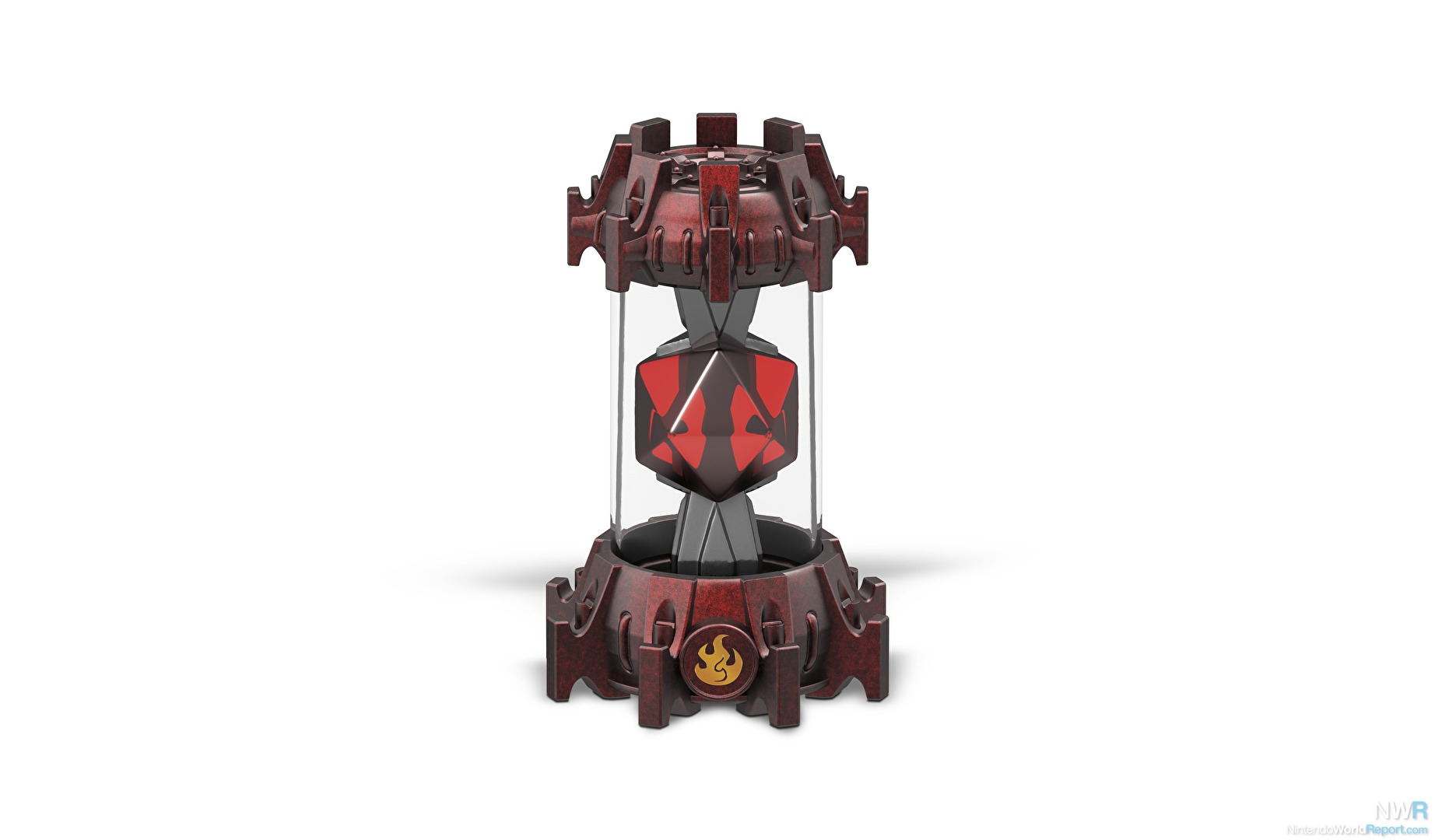 Everything about your character will be stored in the Creation Crystal and can be transported from console to console. However, only one can be stored at a time, but each can be upgraded and changed at any point in the game. All toys from previous games are compatible, and other elements like the Sky Stones and Troll Radio have come back in different ways too. For example, Troll Radio is now a mini game that can reward players with sound themes. Fan favorite Skylanders, like Eruptor, are scattered throughout as well to help move the story along and provide helpful information.

The new Sensei toys give gamers an edge. When placed on the portal for the first time, Imaginators’ level caps are raised and a new secret technique will be unlocked. On their own, they wield extremely high powered Sky Chi attacks, like a devastating firestorm that erupted from Ember, or a crazy skeleton crowd surf move from the ex-villain Wolfgang. These moves have the potential of being so powerful that we saw an early boss battle with Splatterpillar end in practically one move. 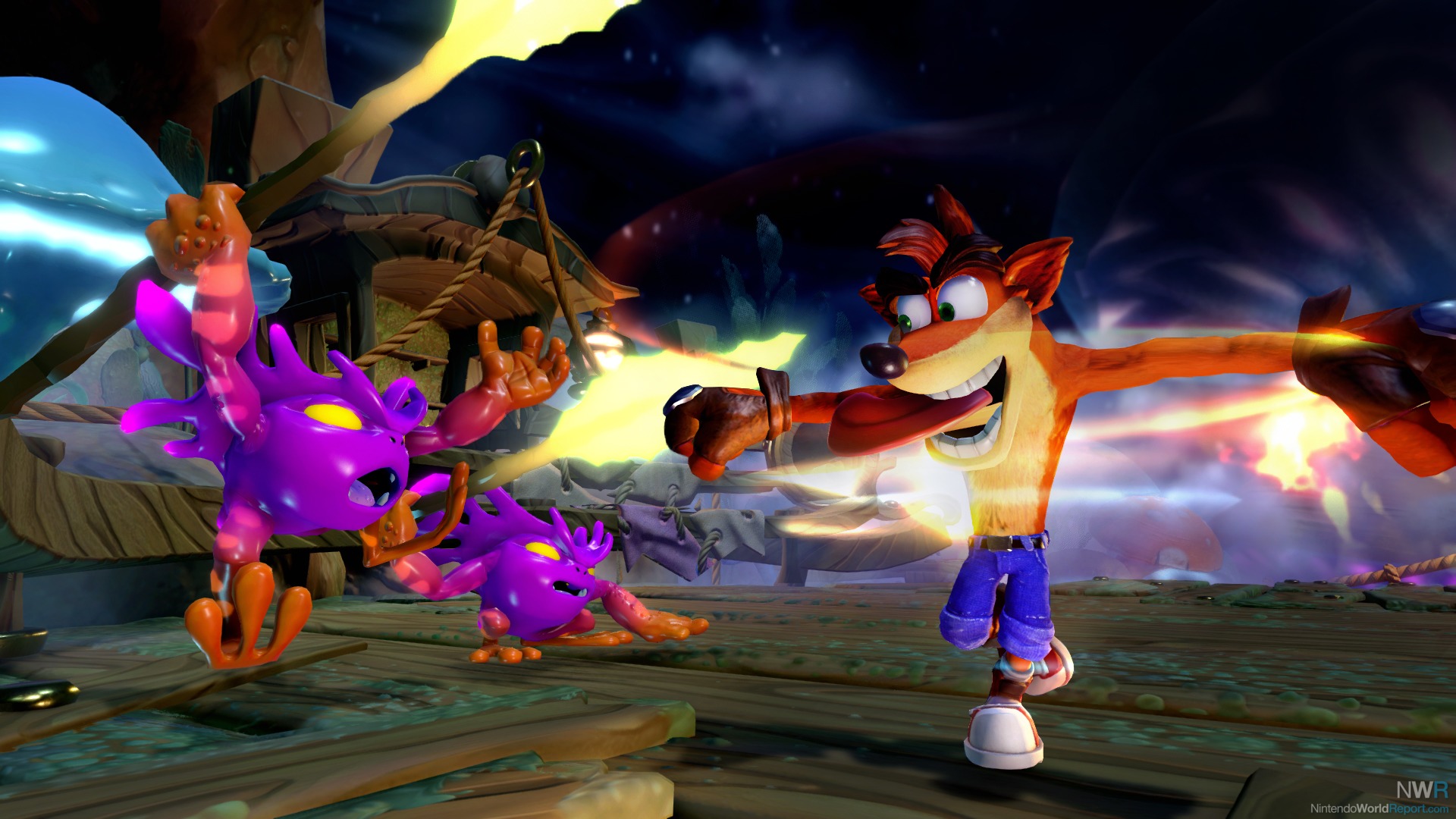 Another fun touch added to the game is the introduction of selfies. At any point players can take a picture of their character in a fully customizable pose and post it to Skylanders Academy. Special photo spots have also been added throughout levels to create interesting photos opportunities.

The last special addition to the game we were shown was the introduction of an old favorite: Crash Bandicoot. Crash will be available as a playable character just like all other Skylanders. Signature moves like Body Slam and Twirl were shown, as well as the ability to combine moves like creating explosive crates and uses Twirl to send them flying. Crash will be a Sensei of the Brawler battle class.

Actual gameplay didn’t seem to change from the rest of the series, it’s an energized beat-em-up game. It’s extremely colorful with a fun, animated look as you’d expect, and the movement and attacks were smooth and fun to watch.