Episode 61: A Welcome and Farewell

The Newscast brings in a new editor and bids adieu to an old friend. 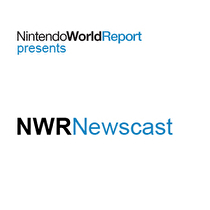 On this episode of the Newscast, the gang prepares to say goodbye to Nathan as he preempts his departure with wacky stories from Alaska. New podcast editor Scott Thompson is introduced, even if he is running late due to one of Andy's (apparently common) nefarious plans.

But fret not, there are games to be discussed as well! For example, Ghost Trick, which is only six months old! What's that, too new you say? Then you'll certainly enjoy some talk about Wind Waker and the Game Boy's Qix, which has just been released on Virtual Console.

Rounding out the episode is a discussion about EA buying PopCap and video channels hitting the eShop overseas.

Send all your Nintendo and Alaska related emails to us at newscast@nintendoworldreport.com

This podcast was edited by Scott Thompson.

Music for this episode of NWR Newscast is used with permission from A Boy Named Earth.

TOTAL INSANITY. I enjoyed it :)

I wish Nathan was paying more attention to the naked woman in the hotel lobby, LOL.

Haha that was a pretty funny ep. If it had gone on any longer we may have had another 103 on our hands :P

I don't know if I could have joined in on a better first episode than this one. Nathan goes out on top, no doubt about that. He needs his own spin-off show where he just tells stories.

Great to hear you again, Nathan. I liked hearing what was really on your mind this episode. I hope you come back and visit sometime, you will be missed.

Great episode, except for the part when everybody interrupted Neal as he was about to talk about me, which he never got back around to.

Yeah, Are you sure the episode number wasn't 103?

I will really miss Nathan, he brought a lot of comedy (and in this episode, insanity) to Newscast. However, Scott sounds like a great addition!

Goddamn I'm gonna miss Nathan.  He is so out of control.

I think it was more the combination of Nathan and Zach in the same room that hijacked you.

That you really love Ghost Trick, Qix is called Kicks and its not as bad as it sounds, Fortified Zone is like Zelda and you progressed from people to robots to a Dragon and where like what the ... (But to be honest I think your Twitter says all that too except the Dragon and Robots)

I'm sure their is more their but I'm doing it off memory and its hard to filter through the others.

Any plans to do any reviews on the some of these GB games and like? (The VC type or actual ones.)  I mean Insanolord has them all.
Now knowing my luck their is already a feature up that I missed.

Godspeed, Nathan. It was great having you on, hope you come back soon.


I was listening to this episode during lunch today, the part when Scott came on to be more specific. Bad idea. The whole part about Ducktales really got me. I was giggling by myself in the place I was eating at.  :P:

Wow...I've always thought Nathan was a funny guy, but what unleashed him this week?  In past episodes he got annoyed when Zach would derail the discussions; I guess it's different when you're the one who has to edit the episode.  :P: :

The Ducktales discussion was hilarious...

Nathan, I've said it before, but you'll be missed.  I always enjoyed hearing your perspective on a lot of the older games, particularly older JRPGs.  I have weeks/months where I've had to pull 12 hour shifts.  I've even had a number of times where I've pulled16 hour days and even all-nighters. They get old quickly; get plenty of sleep!

Welcome, Scott!  I look forward to hearing from you in future episodes.


Edit: A movie theater where I grew up had an old arcade cabinet of Qix for years...well into the mid/late 90s.  I never was terribly good at it.