It’s time to prepare the graphics comparison video with the N-Gage version. 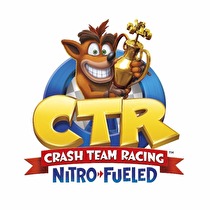 When Crash Team Racing makes it’s way to Switch on July 21 it will include not only a remastered version of the original tracks, but those from its sequel as well. Activision announced today that all 13 tracks from the Crash Nitro Kart will be included as bonus content along with the original battle arenas and modes. Crash Nitro Kart released as a follow up to Crash Team Racing on Playstation 2, Xbox, and Gamecube back in 2003