The older of the two will be slightly cheaper. 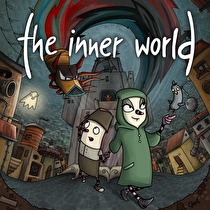 A former German "Best Computer Game" and its direct sequel are landing on Switch next week.