Twelve working days until the editor gets a vacation. 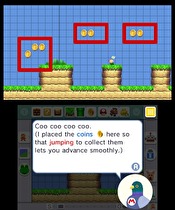 It's a light week for North America on the new release front, but between Pokemon and the sales you're probably full anyway. The biggest release is Super Mario Maker for Nintendo 3DS - read Daan's review before plopping down the cash. There's a New 3DS stick-and-nub (twin stick) shooter in Hyperlight EX, which has shades of Geometry Wars, while the Virtual Console gets Advance Wars: Dual Strike.

Europe has a much larger haul this week, however, with four different 3DS retail games riding the wave of Sun and Moon. In addition to Super Mario Maker, there's three games that have entered GOTY discussion for various people on the website at one point: Picross 3D Round 2, Shin Megami Tensei IV Apocalypse, and 7th Dragon III Code: VfD. That's "kiss your 3DS battery goodbye" level of gameplay.

Our friends in Germany have a couple of exclusive reelases this week, as CIRCLE releases Mercenaries Saga 2 with the help of IARC ratings and a popular German quiz show gets a Wii U download game. All of Europe gets funky like a monkey on Wii U Virtual Console with the release of Donkey Kong: Jungle Beat.

3DS Themes All themes from Friday

Sonic the Hedgehog 25th Anniversary Sale: All Sonic titles on Wii U or 3DS are at least 50% off except for Sonic Boom: Fire and Ice, which is 25% off if any other Sonic game is owned on the same Nintendo Network ID.

Fun! Fun! Minigolf TOUCH! (3DS) and Art of Balance (Wii U) from Shin'en Multimedia are on sale until 22 December.

Engine Software titles are on sale until 15 December.

Tom Create titles are on sale until 29 December.

Joindots titles are on sale until 15 December.

Real Heroes: Firefighters 3D is 50% off until 8 December.

Do appreciate the full spreedsheat of games on sales guys, thanks.

Man...were it not for the full year of Fire Emblem games I'd totally dig in on Advance Wars. But I'm tired of strategy games for now.

Advance Wars Dual Strike is my fave of the four, definitely recommended for anyone who doesn't have it.