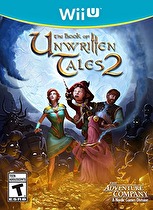 On May 10, the game list is showing a release date for The Book of Unwritten Tales 2. Originally a Kickstarted PC release, the PlayStation 3, Xbox 360, PlayStation 4 and Xbox One received a version of the point and click adventure last September along with the PC version. The game is also anticipated to come out at retail with a MSRP of $19.99, though Amazon shows the game's retail release slated for June 7. We will continue to monitor the situation.

I backed the Kickstarter for the Book of Unwritten Tales 2, so I can highly recommend it if you like point & click adventure games. I can't speak for the console ports, though. I haven't played my PS4 copy.