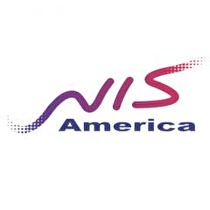 NIS America terminated the relationship with Atlus effective 15 April, citing contractual concerns following the buyout of Atlus by Sammy (parent corporation of Sega). In a statement to British trade paper MCV, NISA Managing Director Takuro Yamashita said "Atlus became very picky about selecting the European publishing partner after it was bought by Sega. It always cherry picked its EU publishing partner based on who offered the highest minimum guarantee on a title by title basis. I noticed that it was very difficult for NIS America to establish an equal-partnership with Atlus."

The final game in the partnership (for now) will be Odin Sphere: Leifthrasir, a Playstation Vita/PS3/PS4 release tabbed for 24 June in Europe. Recent NISA releases from Atlus on Nintendo systems included Etrian Odyssey 2 Untold, The Legend of Legacy and Stella Glow.

This can't be good news. Before NISA the publishing was all over the place, Ghostlight, Square Enix, Ubisoft and Koch. I'm not to worried about Apocalypse as John Hardin said arrangements were being made to bring it to Europe.

Yeah, but no more censorship means no more heroes.

Hopefully, they'll be able to find someone else to release games.

All games should be played exactly as the developer intended. If the game was originally made in Japanese then you uncultured SJW-loving Heathens should play it in Japanese in order to respect the artist's original vision. The real reason Nintendo continues to put region locking on their consoles is to separate the true hardcore gamers from filthy casuals.

If you consider yourself a serious gamer, buy a Japanese Wii U/3DS and Japanese versions of every game you own and throw their western counterparts into a fire. It's as simple as that.

Yeah, but no more censorship means no more heroes.

I think we're overdue for a sequel.