Including the return of a much-abused Lord... in Mii costume form. 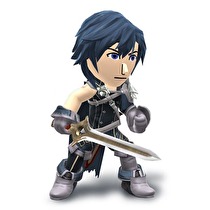 The next Smash Bros update will launch before the week is out.

The update will drop on July 31 in Japan, with NA/Europe/Australia times to be announced shortly. Among the features of the update are the long-promised Tournament mode, replay uploading and support for the classic Super Smash Bros stages Peach's Castle and Hyrule Castle from the N64 version.

I guess we can look forward to seeing a Megaman Volnutt costume tomorrow...