The latest in the Senran Kagura and Etrian Odyssey games will come to the west this summer on 3DS.

Atlus is wasting no time in following up Etrian Mystery Dungeon (due out in early April) with the long-awaited sequel to Etrian Odyssey Untold. A remake of the 2008 DS dungeon crawler, Etrian Odyssey 2 Untold: The Fafnir Knight will feature a new story mode similar to the original Etrian Odyssey Untold that includes an exclusive character class in the demonic Fafnir.

The game will release this summer in North America at a price of $49.99 and will include bonuses for the physical release, though details are not available at this time.

Our Take: "I'm stoked that this remake of the second game is coming over, but I'm already one Etrian game behind in Persona Q and will quickly be two games behind when Etrian Mystery Dungeon hits. There are too many of these awesome games!" - Neal Ronaghan

"Recent Etrian games haven't done well because of overexposure, but the fans will eat it up, premium priced or not." - Donald Theriault

Senran Kagura 2 Bursts Across The Ocean 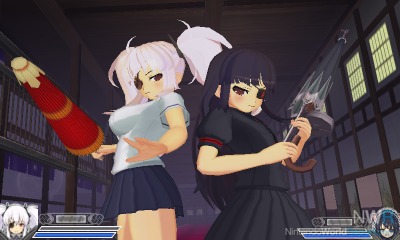 Another major change from the original game is there will be physical releases in both North America and Europe. North America will receive the “Double D Edition” with a two-disc soundtrack, while Marvelous Europe is offering a choice of up to four limited editions exclusively on their website. A super-limited (50 copy) limited edition has already sold out.

Our Take: "The first one was really funbags, and this sequel looks to be one of the breast brawlers I've played in a while. Boobs." - Donald Theriault

Ha ha ha. It was me. Congrats ClexYoshi. You are now officially someone!

Senran Kagura is one of those games that I was semi-interested in, but then I saw the fanbase and they are such giant assholes that I just decided that I don't care. Maybe one day when I have spare money I might buy into the series, but it isn't a priority.

Club Nintendo being quickly restocked? Why the hell didn't they run it like this the entire time? People might have cared more if they did.

you guys probably should pay more attention to it, because now all my credibility as an internet shitposter is riding on the line!

Seriously, though. Freedom Planet is fun. <3

I very recently downloaded the Etrian Odyssey Untold demo and thought it was awesome.  I haven't bought it yet because I have some backlog from Christmas that I want to tackle first.  It's my first experience with the series and already there are tons of old games to check out and, including Persona Q, Atlus just keep cranking them out.  It's going to be hard to keep up, let alone catch up in the first place.  At least I'm not interested in the Mystery Dungeon one so I can skip that one.  I'm guessing that all of the DS entries will be re-released on the 3DS as Untold games.

I'm a big fan of the Etrian Odyssey games, but I still feel like, despite sinking a ton of time into it, I'm not even close to really finishing Etrian Odyssey IV, which was the first 3DS release.

Senran Kagura is one of those games that I was semi-interested in, but then I saw the fanbase and they are such giant assholes that I just decided that I don't care.

What an ignorant statement to make. By that logic I shouldn't have been bothered to play Smash Bros because of the vocally belligerent Melee fanbase. What does an annoying fanbase have to do with the quality of a game? If I am interested in a game I'll try it out regardless of how the fanbase is.

Club Nintendo being quickly restocked? Why the hell didn't they run it like this the entire time? People might have cared more if they did.

Because it's way easier to restock download keys than physical merchandise?

The Senran community is made up of a bunch of assholes? I'M in that community, and I'm the nicest guy in the room. That's also a terrible reason not to try a game. As Joe said, that's like not playing Melee because the hardcore Melee community is unbearable.