The game is a procedurally generated endless runner where you control Roy the Marshmallow Boy as he runs through three different modes. The first, Endless Classic, is a normal one-jump experience. Endless Double adds a double jump, and Endless Special adds in speed up and speed down power-ups. Each mode is bolstered by a design scheme that makes sure there are no impossible jumps along the way. And even if you do fail, you just have to wait for a fraction of a second to start over. 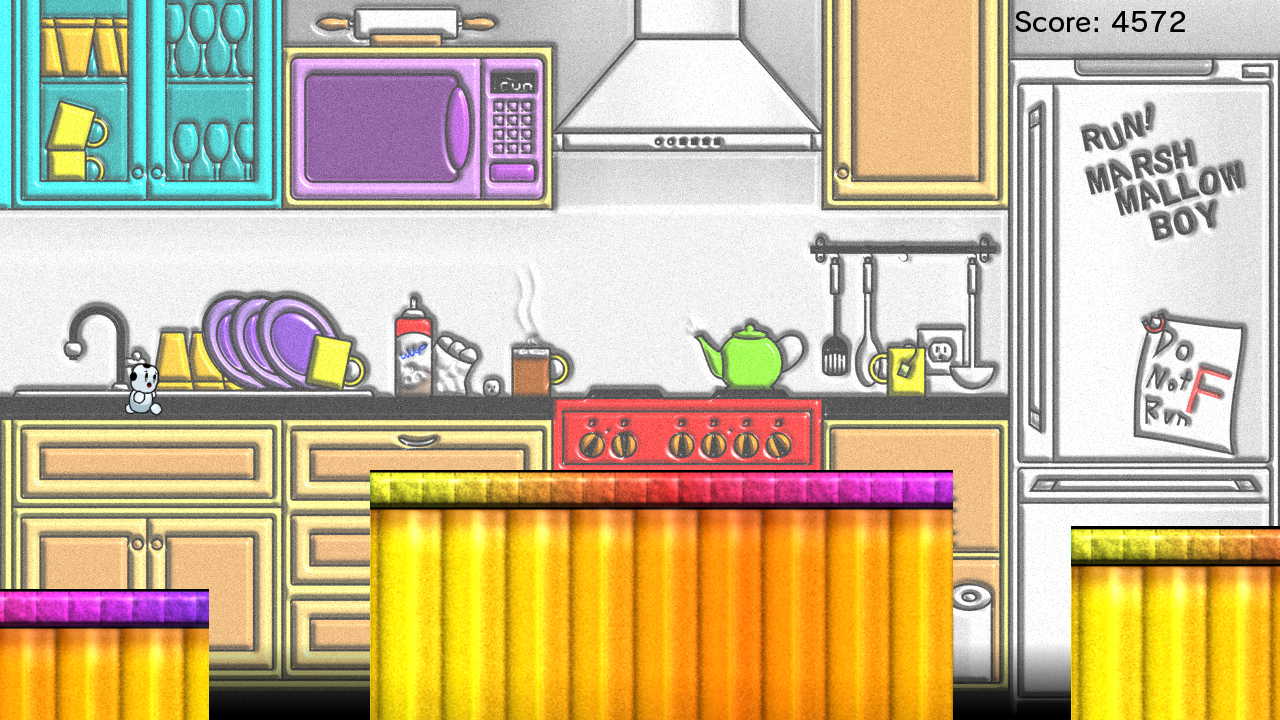 Running at 60 frames per second on the TV and GamePad, I've Got To Run will use Miiverse to track high scores. There is an in-game page that is specifically made for posting to Miiverse so you can compare with other players.

4 Corner Games is the brainchild of one-woman developer Syrenne McNulty, who created I've Got To Run over the past few months exclusively for Wii U. Currently, I've Got To Run is only set for a North American release, but a European release is not out of the question.

Stay tuned to Nintendo World Report, as Syrenne is making a guest appearance on this week's Connectivity.

Sounds interesting but, the WiiU has Cloudberry Kingdom and a ton of platformers.

I'll certainly give it a fair shot, the price is certainly appealing.

Just listened to the segment on this on Connectivity. Sounds very interesting.

Yeah, i liked listening to developer and how the game came about...