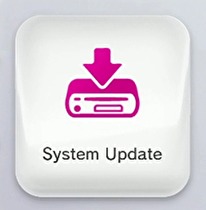 The Wii U and 3DS received system updates earlier this week. Changes were small, and both focused on improvements to system stability and software compatibility.

Released on February 24, Wii U upgraded to version 4.0.3 U. The console hasn’t seen an update since mid-November last year, which closely followed the system’s major upgrade to version 4 in late September.

3DS upgraded to menu version 7.1.0-16U as of February 26. This update applies to the entire current generation of Nintendo handheld systems which includes 3DS, 3DS XL, and 2DS.

Cross buy of VC games for 3DS and WiiU (and like all the ones on the Wii playable on WiiU AND 3DS) would be nice.

Oh that's a bizzare coincidence. Mine hasn't seen much use since mid-November of last year.