Nintendo 3DS is Best-Selling Platform of 2013 in America

Wii U continues to underperform. 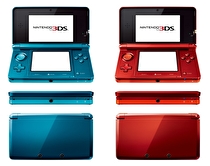 The Nintendo 3DS exceeded expectations and became the best-selling platform in America this past year, according to Nintendo’s Third Quarter Earnings Report released today. This report reflected sales from April 1 to December 31, 2013.

Sales for the console was tied to successes of 3DS exclusive titles which saw high sales during the year. Outside of the United States, the 3DS saw limited growth, with global sales hitting 11.65 million.

The Wii U failed to recover fully from negative profits, owing to markdowns of the console in the US and EU. The console sold 2.41 million units globally. Software sales hit 15.96 million units worldwide with The Legend of Zelda: The Wind Waker HD, Wii Party U, and Super Mario 3D World each selling over one million.

Nintendo stated their strategy was to continue pursuing a “Gaming Population Expansion” plan by “offering compelling products that anyone can enjoy, regardless of age, gender or gaming experience.”

And despite this their forecast for 3DS sales was also lowered when they significantly cut the Wii U estimates.  Someone at Nintendo has some pretty unrealistic expectations when the 3DS sell better than anything in America in 2013 and yet still misses its projected sales for the fiscal year.