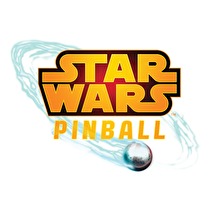 Star Wars Pinball 3D is coming soon to the 3DS. Zen Studios announced an eShop release date of September 19 for both North America and Europe via their blog today.

The game will feature three pinball tables: Star Wars Episode V: The Empire Strikes Back, Boba Fett, and Clone Wars. These tables have all been previously seen in the similarly titled game for the Wii U which came out in July, and last year’s Zen Pinball 2 as a DLC. Zen Studios promises these tables have been “completely redesigned for the Nintendo 3DS”.

Awesome! Day one purchase for me!  :cool;

I thought the first batch on 3DS were fine, but really enjoyed the Marvel tables. They're also really great games to have on the go.

Never got the Marvel tables despite wanting them considerably. Definitely getting this though.

It'd be nice to just be able to have them all in one game. :/

Ooh, I actually picked up the Empire Strikes Back table on my Android phone.  It was pretty fun, but I never play it because I don't want to kill the battery.

I could definitely see picking this up for the 3DS if it's not too high.  3D graphics make pinball a lot easier to play.