The Denpa Men: They Came By Wave Sees Price Increase in North America 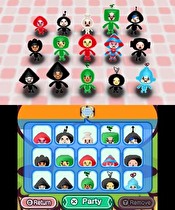 The upcoming Nintendo 3DS eShop title, The Denpa Men: They Came By Wave, is now slated to be $9.99 in North America instead of the originally posted price of $7.99, a new listing on the official Nintendo of America website revealed. No reason for the change in price has been given.

The Denpa Men: They Came By Wave will be released in North America on September 27, 2012.

Awww.
Bad move. That $2 makes a difference. Its an untested IP we're basically taking a chance on. Now its a little too "premium".

Better get some great reviews. I don't pay that much for games on Steam.

C'mon Nintendo! Now I have to wait for a couple positive reviews and gameplay videos to get an idea. I was feeling that $7.99 price tag