Don't expect the next Zelda game to be revealed this year. 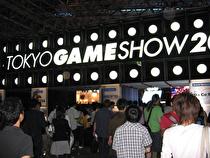 A full list of exhibitors has been revealed for the 2012 Tokyo Game Show, taking place from September 20 until September 23.

Although a full list can be viewed on the official website, some notable attendees include the following:

Nintendo, as usual, is not attending the show.

Nintendo never does TGS, and Microsoft said they want to have their own event.