In addition, versions of Assassins Creed III and Rayman Legends will be playable. 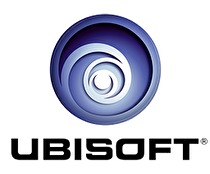 Playable titles at the company's E3 booth will include Assassin's Creed III, Far Cry 3, Rayman Legends, Rocksmith, and more. Although consoles were not specified in the press release, both Assassin's Creed and Rayman are slated to come out on Wii U.

London, UK — May 23, 2012 — Today, Ubisoft announced that it will kick off the Electronic Entertainment Expo (E3) 2012 with an invitation-only press conference at the Los Angeles Theater at 3 p.m. PDT, June 4. The press conference will feature demonstrations and trailers of Ubisoft’s upcoming lineup of franchise hits, including games for the new Nintendo Wii U™, as well as digital titles, special guests and surprise announcements.

Following the press conference, E3 attendees can visit Ubisoft’s booth — #1023, located in the South Hall of the Los Angeles Convention Center — to see and play the company’s latest titles. Games available at the booth will include Assassin’s Creed® III, Far Cry® 3, Rayman® Legends, Rocksmith™ and many more. The finale of the ShootMania Marathon, an e-sport competition based on Ubisoft’s ShootMania®: Storm also will be broadcast from the booth on at 11 a.m. PDT, June 6.

“This year’s E3 promises to be one of our biggest and best yet,” said Yves Guillemot, Founder and CEO of Ubisoft. “We’re showcasing the strongest, most competitive collection of core titles we’ve had in years, innovative new games for new platforms and a broad lineup that has something for everyone.”

In a first, Ubisoft is inviting gamers to ask questions to its teams on Uplay®, Ubisoft’s online service dedicated to enhancing the experience of players across games and platforms. The best questions will be selected by one of the guest hosts and asked live during the press conference. Ubisoft also is sending eight select Uplay members to E3, where they will interview teams backstage, preview fans’ favourite games and provide video reports from the show floor. Finally, the Assassin’s Creed III® and Far Cry® 3 teams released two Road To E3 videos showcasing their preparation for the event, and are inviting fans to post their questions on their respective Facebook pages.

Those unable to attend E3 in person can watch the Ubisoft press conference live on YouTube, or embed the live feed on their own sites. Exclusive backstage videos and free content will also be available on http://uplay.com/e3.

I'm playing Rayman Origins at the moment, and I'm glad that it did well enough to get this sequel. It's an awesome game.

Capcom could learn something from Ubisoft.

Apparently Ubisoft has ALOT of games in development for the Wii U.

It seems like they really are "All In" for this round of Next Generation.
and I'm not just talking about the 7 or so launch window games that have more or less been confirmed.

But it's to be expected. Ubisoft was one foot in this gen and they ate well at Nintendo's table.

This special treatment between Nintendo and Ubisoft is quite a pleasant surprise. Hope Ubisoft has a good show.

I'll believe this when I hear about it.  With how the news has been going.

So Ubisoft shows off Wii U stuff before Nintendo re-unveils the console? That seems a bit weird, but hey, I'll take it. Rayman Legends looks great.