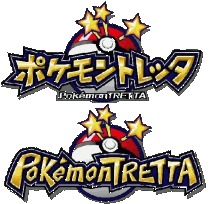 'Pokémon Tretta' Trademarked by Nintendo
...and no one has any idea what it means.

In Japan, the word "tretta" usually refers to something bookshelf or bicycle related,

laugh #2
... I mean, how related are bookshelves to bicycles?!

Maybe it's like how some words in English can have different, unrelated meanings?

The last time Pokemon was attached to a strange word it ended up being a puzzle title. (It also began with a T and with my poor spelling I'm not going to even attempt to...)

Trozei. It got good reviews, though I never played it.

When I read that title I immediately thought Fishing for some reason.