Spirit Camera Coming to Europe in 2012

Professor Layton 5, Mario Tennis, and Luigi's Mansion 2 all listed as 2012 releases as well. 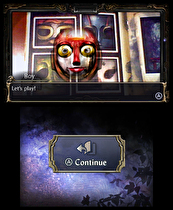 Spirit Camera: The Cursed Memoir, the sort-of spin-off to Fatal Frame from Tecmo Koei and Nintendo, is coming to Europe according to Nintendo's Financial Reports Briefing.

The game recently came out in Japan, and was announced for an April 13 release date in North America. Currently, the European release has no set date other than 2012.

Much like North America's upcoming release list, Europe also lists Paper Mario and Animal Crossing as "TBD" releases. Both of those games are listed as 2012 in Japan.