Nintendo Video Telethon Being Held During the New Year's Holiday 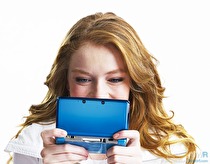 During the broadcast you will be able to vote for your favorite video. The video that receives the most votes will be put onto Nintendo Video for another 5 days.

But will they be giving out tote bags?

i want that blue 3ds that women has

Wha--What?  Wait, I don't have Wifi here right now....where and how are they holding the telethon?  Is it going to be on Nintendo Video, with them constantly pushing new content?  Or is this going to be on the eshop, like the 3DS show with what's-her-face-that's-a-sorry-substitute-for-Allison?

how do you vote for videos? I hope this means a update to the channel with ability to rate each video. Those 3dnet videos are pretty bad , and i want to see 'trailer of the week' and Nintendo 3D show to be channels that way i can watch when not online

I voted for Dinosaur Office twice yesterday...  according to the video today, they are supposed to have the results after 2PM PST.  That was ten minutes ago... where are my DINOSAUR OFFICE videos Nintendo?  I want them now!  It's so insulting that you'd make us loyal customers wait... and what's worse, no communication!  Geesh.  I bet Japan already has their results.  Damn you, Nintendo.

NEW VIDEO LOADING NOW... WHO IS THE WINNER?  TIME WILL TELL.

now available to view in the Nintendo Video Channel!