Dragon Quest X Not Destined for Wii U After All 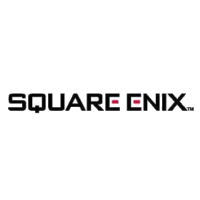 Contrary to previous reports, Square Enix is merely doing technical tests on Wii U in addition to making Dragon Quest X on Wii, according to the blog who originally made the claim that DQX could be coming to Wii U.

The blog said "Wada was absolutely not saying 'Dragon Quest X on Wii U.'"

While the news is somewhat disappointing, it does show that Square Enix is working with Wii U, and could potentially be working on a launch title.

Hmm...I'm not sure it's wise to keep this game on Wii at this point.  By the time the game finally comes out (how does a series this antiquated take so long to release?  You'd think with all the copying and pasting in the design documents, they could have one of these out the door in a year.), I wonder where the audience for this game will be outside of Japan.  Square-Enix isn't in the best financial shape right now to release a game that will only do particularly well in Japan.  By contrast, if the game became a Wii U launch title, that's a pretty good road to above-average sales everywhere.

(how does a series this antiquated take so long to release?  You'd think with all the copying and pasting in the design documents, they could have one of these out the door in a year.),


While I would like to see Dragon Quest X on the Wii, it might be a smart move to launch it with the Wii U. Maybe they can have it be a The Legend of Zelda: Link's Awakening DX sort of game assuming the development on Dragon Quest X is well under way or near completion.

I think it is a fair decision to stick with Wii for now.


The people NOT looking to purchase a Wii U at launch would be very disappointed not to be able to play this game after waiting so long.
Besides, Square-Enix has no idea of how well the Wii U will sell, while Wii has an installed base of almost 90 million. They've continuously stated that the series will come out for the most widely adopted system. Dragon Quest Mosters: Joker 2 is coming out for the DS rather than the 3DS as well.

I don't think they ever said it would come to Wii U, just looking at the possibilities of it being enhanced when played on a Wii U (like Enner pointed out).

Being a launch game for Wii U would not be a good idea. Being a Wii game means that Wii U owners can play it in addition to the massive Wii audience. Besides, Dragon Warrior VII was. PlayStation game that came out after the PlayStation 2 had launched.

Releasing DQX on WiiU instead of Wii benefits Nintendo more than Square Enix. Diehard fans will buy WiiU just for the game when they normally would not have (at that moment anyway) which is great for Nintendo but ultimately Square Enix is selling to a much smaller audience. Millions of people already own Wii even if it's sitting in a closet or used to prop a door open. Dragon Quest games are typically lower budget titles (as opposed to other Square Enix CG filled barely-constitutes-as-a-game titles like Final Fantasy) with high yields so releasing on the non-HD Wii makes more sense.

Good point, though, at least in Japan, it's probably fair to say that a Dragon Quest game would be a huge system seller for the Wii U; however, unless Nintendo offered Square Enix a very lucrative deal making it a Wii U exclusive, releasing it on Wii U will be far more beneficial.

I'm not sure I understand his news.

1. The story first breaks and it's misunderstood that there might be a WiiU version of DQX
2. It gets clarified that DQX will still be a Wii title but may have WiiU enhancements when played on a WiiU
3. Now a new story comes out that says DQX is not coming to WiiU

So is #3 a late and official clarification to #1 (No WiiU version of DQX. Still a Wii only title)

I think there were two levels of miscommunication. The first was a mistranslation, and the second was a misinterpretation. Basically, the DQX discussion and WiiU experiments were separate statements, but this is all coming from the blogger, not SE.