Update: Several titles have been removed from the list. 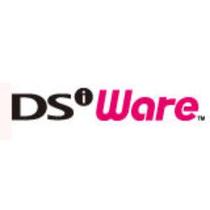 Along with the reveal of the 3DS's eShop lineup in North America and Europe, the titles that will not be transferable have been revealed. Players will not be able to transfer the following games and apps to their 3DSs once the firmware update hits in June:

Update: Since the original posting of this article, the referenced list on Nintendo's web site has been cut from 19 titles to 11.

Any title not listed there will be available in the DSiWare section of the e-shop.

I was worried, but I'm happy I'll be able to transfer it. One wonders whether, once a game transfers, it's off your DSi forever, or will I have two copies of the game? Kind of a shame about FlipNote Studio, although I can kind of understand why. It's...free, though. So I'll just re-download it on my 3DS.

(or just keep my DSi)

I own a few of these games, but none of the ones I really care about are on that list. The VC lineup may be disappointing, but I'm still excited for Monday because of this.

My guess is the Art Academy games are nolonger DSi to help the cartridge generate sales? Or are they planning on having an upgraded version for 3DS in the future?


I bet Oregon Trail will have a 3DS version so that's not a loss.
Flipnote will be much better on 3DS


Earthworm Jim? That's fairly odd game to not have.
The rest are games I doubt anyone cares about.


Now this means that Wario Micro game is going to work? Same-thing with Photo Dojo?

That's too bad about Pinball Pulse (one of the best games on the service).

Most of the games are from studios that have folded (I know that's the case for Pinball Pulse) or are published by Gameloft who no doubt want to resell it again.

Were there any reasons given as to why these games are not transferable?

Fuse (maker of Pinball Pulse) sort of still exists as Silverball Studios, but perhaps their status was in flux when the crucial time came.

Pinball Pulse? WTF! This is just ridiculous, if I can play any DS game on the 3DS then I should be able to do the same with all DSiWare titles.

Well thats half my DSiWare library. Here's hoping for updates that will allow these to be transfered in the future.

That's too bad about Pinball Pulse (one of the best games on the service).

According to the page that the "broken" source hyperlink refers to, only 11 titles are not transferable (instead of 19 in this talkback thread).  Pinball Pulse: The Ancients Beckon is not on the list (excellent game, btw).  Too bad they are not stating why these specific titles are not transferable.  Instead of transferring, can you just re-download them to the 3DS as they already know you purchased the game on the DSi?

That site used to list the 19 in the article, but I just reloaded the same page and now it's just what you posted. I'll update the article.

It's good they did reduce the last by a few, not that I owned any of these games anyways...

Alright, I can switch Pinball Pulse to the 3DS. Good news.

I got a DSi for Xmas last year with some Mario games pre-installed on it.  Those apparently cannot be transferred either.  I can live without the games/apps for the most part, but I still play quite a bit of Dr. Mario.

Any "Free" software that came pre-loaded on the system cannot be transferred.

Also, House MD can't be transferred. :(  I went on a buying spree, picking up all the DSiWare I wanted but refused to get as long as Nintendo was being complete douches and went ahead and grabbed this when I realized I had plenty of DSi Points.  Now, I find out it won't transfer... even though nothing said it wouldn't. :(

- Pinball Pulse is not transferable despite what Nintendo says. Lame.

- The saves don't get carried over, or did I do something wrong?

You didn't do anything wrong. It explicitly says during the process that the saves don't transfer.

Ah, I see. Then I'm off to play those games again.

Did NWR follow up with Nintendo on why there are titles that are not on their non-transferable list that don't transfer?