Square Enix's new Dragon Quest game appears to have exceeded their own expectations. 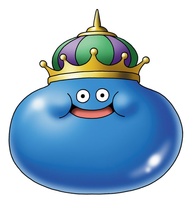 Surprisingly though, the game was sold out in most of the country. According to Media Create, the game saw an incredibly high sell-through of 96.1%.

With the game being out of stock in most of the country, the game may see a relatively small sales drop-off in its second week, assuming the used market doesn't impact its sales.

If only this meant the game would release outside of Japan.