The Square Enix RPG is finally hitting the Virtual Console. 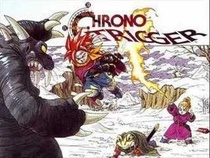 Today Nintendo released a list of games that are heading to the Japanese Virtual Console in April.

Three games will be released on the service next month, led by the highly-anticipated Chrono Trigger from Square Enix. The game, which was released for the SNES in 1995, will run at a premium price of 900 Nintendo Points, 100 higher than most SNES games, but standard for RPGs in Japan.

Joining Chrono Trigger next month will be Mega Man X for the SNES and King of the Monsters 2 for the NeoGeo. Prices for these games are 800 Nintendo Points and 900 Nintendo Points, respectively.

No specific release weeks have been announced. Release dates are often revealed one week before the game hits the service.

I'm excited to see this.


Maybe some day all publishers will realize that the Virtual Console in and of itself is a good way to make money on old games...


They don't need to "hold" them in favor of remakes on other systems.

Pun pretty much unavoidable if unintended, Chrono Trigger is my favorite game of all time.  Nintendo needs to announce that game ASAP for North America.

Oh snap! Never actually thought this game would get a VC release thanks to the recent DS port. I am glad to see it happening. However, as with most big VC releases, I still own the original console cart, and rarely buy things twice. I would love to see SquareEnix release a few of their more obscure RPGs.

Oh snap! Never actually thought this game would get a VC release thanks to the recent DS port. I am glad to see it happening. However, as with most big VC releases, I still own the original console cart, and rarely buy things twice. I would love to see SquareEnix release a few of their more obscure RPGs.

Indeed.  We know that Final Fantasy VI is probably coming to NA sometime in the next few months because it's already come to Europe, but Chrono Trigger possibly coming to the NA VC is huge.  I had hoped to see it when the DS version didn't sell up to expectations, but you never know with Square-Enix these days.  Hopefully, we'll see some of the missing Enix titles make it over here like EVO: The Search for Eden, Illusion of Gaia, and Terranigma.

This is one of the few times I'm actually glad that Nintendo forces developers to release the original unaltered versions of their games on the VC, as there were a few minor things tweaked for the PS1 and DS versions I missed (some missing sound effects).  Plus, the tacked-on retcon bonus ending for Chrono Cross will be gone as well.  ;D

Seriously, the only thing that could top today's news on the VC side is Nintendo announcing Earthbound.  :cool;

I have only bought one VC game.  I like collecting old games so I would rather have the original carts.  The one VC game I have bought is Gunstar Heroes because that game is so good and I cannot find a Genesis cartridge of it in the wild.  Even if I found one I wouldn't feel like I wasted my money.  The VC purchase is like a legal way to play it on an emulator before I find a real copy, which is something I've done with many classic games.

I would do the same thing with Chrono Trigger.  I've got every other Square cart for the SNES that matters but not this one.  I don't want one of the re-releases because I want the original experience.  So if this comes to North America I'll snap it up... unless I find an old cart of this before then.