3DS game titles from other publishers include a points code for Club Nintendo Europe. 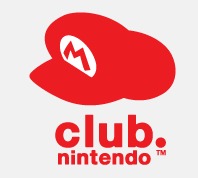 Nintendo 3DS games from publishers such as Ubisoft now include a card with a code for Club Nintendo Europe points. Previously, codes were only included with Nintendo published titles. The points can be redeemed for limited edition items on the Club Nintendo official rewards website.

Websites Planet3DS.de and N1ntendo.nl have posted videos showing the points cards in the box for games including Ubisoft's Rayman 3D and Ghost Recon Shadow Wars.

The videos also show the new eco-friendly game boxes that are slimmer and use less plastic than the original DS game cases.

i hope this happens for US market too.

Seriously, this is the only reason why I buy Nintendo games brand new.  The Club Nintendo shtick has been my incentive to always pass up on used first party games and I've always thought that it would be brilliant if they allowed 3rd parties to benefit.  Here's hoping they announce the same for us here in the States.

It's about time, I've been asking for this since.... since they been allowing you to register 1st party games for credit.

This better hit the US system after this next year cycle is up in June.

It will make it so much easier to become an Elite member that way. But I'm sure they will either make 3rd party purchases worth less, or extent the amount of point you need to reach if you are using 3rd party games to get there.

I'm pretty sure third parties would get angry if their games were worth fewer points than first party ones. In the end the customer is paying the same amount of money.

They might, but it is a Nintendo program and they would be giving out prizes and extras for non-Nintendo games. I think they would understand if 1st Party games were 50points and 3rd Party games were only 35. Atleast we still have an incentive to go out and buy those 3rd party games too.

If it were too much of an issue though, I did give another example of how to handle it with an extended Elite status marker if you include 3rd party games.
If you had nothing but 1st party games, it would still be 950 points
but if you also collect 3rd party games, you need a total of 1350points or something.

or maybe a Super Elite status where you need to achieve the 950points of 1st party like usual and a second meter that only tracks 3rd party points that goes up to 450points (you also get points for intend to buys and post play surveys too). You cross that line on both charts and you get Super Elite status and you get a super special prize at the end of the year.
If you only cross the Gold status on 1st party titles, but also cross the marker on 3rd party titles, then you get regular Elite status.

I never even attempted to earn Club points, but if this comes to America, I might just start an account.

They should revoke points for buying third party games.

I thought there was already a way to register certain third-party Wii and DS games in Europe, but I guess I was mistaken.

I thought there was already a way to register certain third-party Wii and DS games in Europe, but I guess I was mistaken.

These "certain" games are distributed by Nintendo, despite being published by third parties so that's why they came with points.