The bee-branded business is officially bought out. 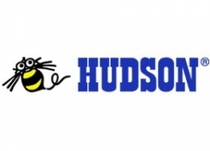 Deals between Konami and Hudson have been finalized, and as of April 1, the Tokyo-based developer of Bomberman and Adventure Island will officially be a wholly-owned subsidiary of Konami.
Under Konami's supervision, Hudson will focus its attention towards SNS (Social Network Services). Konami became a major shareholder of Hudson in 2001 and majority stockholder in 2005, before announcing its plans in January to completely buy out the company.

Due to the downsizing requirements for the merger, Hudson has also begun a voluntary redundancy program in the hopes of cutting 40 staff members. Volunteers will receive severance packages and other bonuses, as well as assistance with new employment elsewhere.

The US branch of the company, Hudson Entertainment, is closing down at the end of this month.