Learn more about the neat map-tile puzzle game you probably missed out on.

The rush of an exciting indie game that came out of relative nowhere to delight you is a tremendous feeling. That's what happened to me when I came across Carto. When I reviewed it last year, it took me by surprise by how clever, heartfelt, and fun it was. With a physical version up for pre-order courtesy of iam8bit, we had the chance to ask developer Sunhead Games some questions about the game. So enjoy the responses from Lee-Kuo Chen of Sunhead Games and if you haven't yet, check out Carto! It's on Xbox GamePass if have access to that. Just play it. It's awesome.

Nintendo World Report (NWR): Where did the idea of swapping map tiles to solve puzzles come from?

Lee-Kuo Chen (LC): The idea of tile-placement came from the popular tile-placement board game genre, especially Carcassonne. I was introduced to this game around 2005 and it’s always fun to play. For the idea of swapping map tiles to solve puzzles...I actually can’t remember where the idea came from! I’ve had a design notebook for years to keep my random ideas. One day I found a line that said “Like Carcassonne, but you are able to travel on the tile you place.” It sounded promising so we started prototyping it. It worked well immediately, so we kept developing it.

NWR: Were there any puzzle ideas that you had but didn’t make the cut? Why not?

LC: I’d say we only put one-fifth of our puzzle ideas into the final game. And that’s because our production bandwidth was limited. When we started the project there was no narrative, no art, no sound. The design space was totally open, so we (designer + programmer) kept adding puzzle ideas into our world and design doc. Though after we started thinking of the story, art, and sound, we realized that we had to focus on the best ideas and cut the rest. The puzzles left in the final game are the ones that we thought would be doable and fun to the most players. The more complicated or silly ideas are mostly gone. Maybe they would have been fun as well, but maybe not.

NWR: How open ended are the puzzles? Are there multiple ways to solve them, or just one map layout that works for each?

LC: I’d say the puzzles in the game are more like riddles. Once you figure them out, actually completing them is comparatively easy. Though there’s still lots of freedom in how you choose to arrange the tiles on the map.

LC: The gameplay mechanics came first. That’s the main thing I wanted to deliver in the beginning, and hadn’t considered the narrative part at all yet. Though somehow it grew much bigger than I expected. As for the inspiration, we borrowed several tribal cultures as reference, and mixed them together. The french artbook L'Atlas des géographes d'Orbae was also a big inspiration - it taught me a lot about creating a believable world. 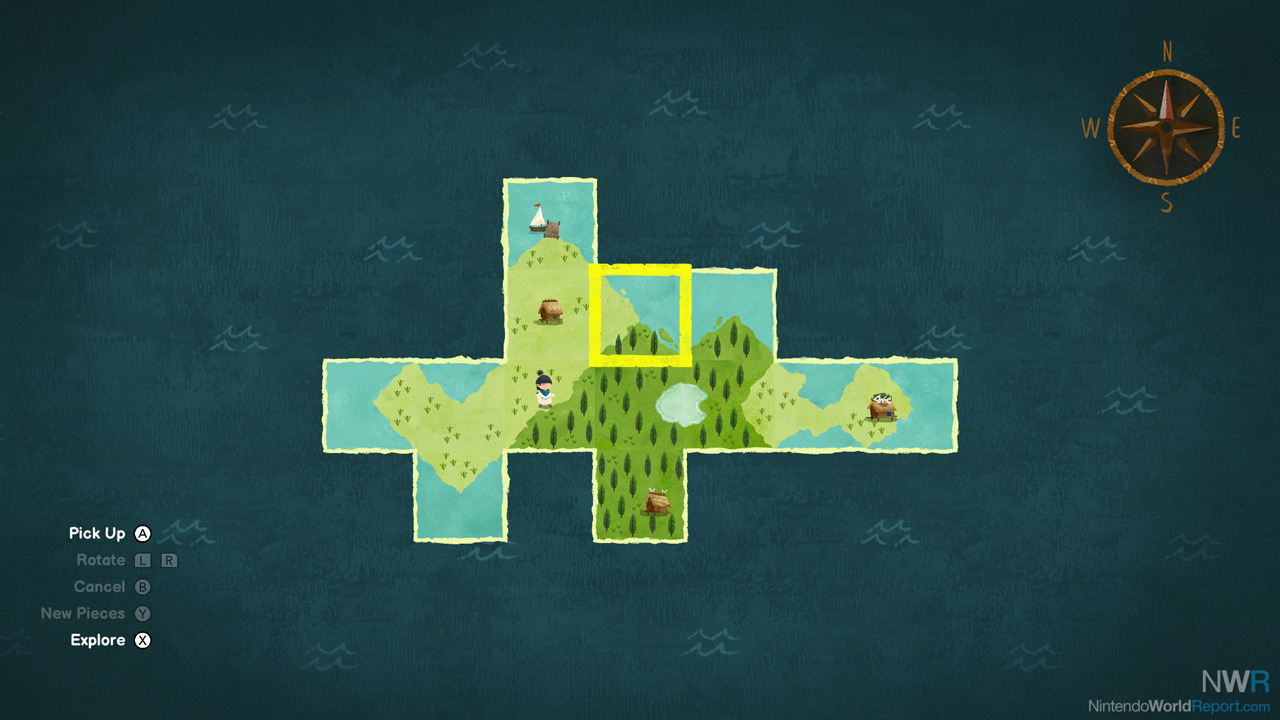 NWR: Concerned Ape just revealed a Stardew Valley board game - when can we expect the Carto board game?

LC: I’m looking forward to seeing their take on Stardew Valley as a board game. As for Carto, we don’t have a plan for a board game yet - but who knows?

NWR: The map tiles in the iam8bit physical version are adorable. Were there any other physical bonuses considered?

LC: We came up with a few ideas like a sticker pack, storybook, embroidered patch, cloth map, and some more unique ones like a compass or even survival tools. But the map cards still fit the theme of the game best - they’re what Carto seeks in the game and core to the concept of the game world, so we wanted to put them in players’ hands.

NWR: With Carto out in the world, are there plans to revisit the idea and the world or will your next game go after a new gameplay mechanic and setting?

LC: We’re more interested in new gameplay mechanics and settings. It’s like going on a new adventure! Though the world of Carto is still interesting to us, so we won’t rule out the possibility of revisiting it in the future.