We sat down at the Cave Story 3D reveal to talk about the path leading to the upcoming remake.

Nintendo World Report (NWR): I guess I’ll just start right off.  First, is Cave Story 3D a completely new game or is it a remake of the original Cave Story?

Tyrone Rodriguez (TR): It is a remake and in 3D now. Instead of going with an upgraded sprite system in 2D now, we are going with the 2.5D look, so that original Cave Story fans are still happy because it is a similar experience in the sense that we are not taking them and throwing them into a crazy 3D environment.  However, we are taking it into stereoscopic 3D.  We are adding a lot of depth to the environment.  There is a lot in the background.  There are a lot of elements in the foreground.  All the characters are going to be 3D models now.  They are going to be animated.  So that it is a really new game in the sense that if you know Cave Story you will recognize a lot, and if you don’t know Cave Story, it is going to seem like a brand new contemporary game. 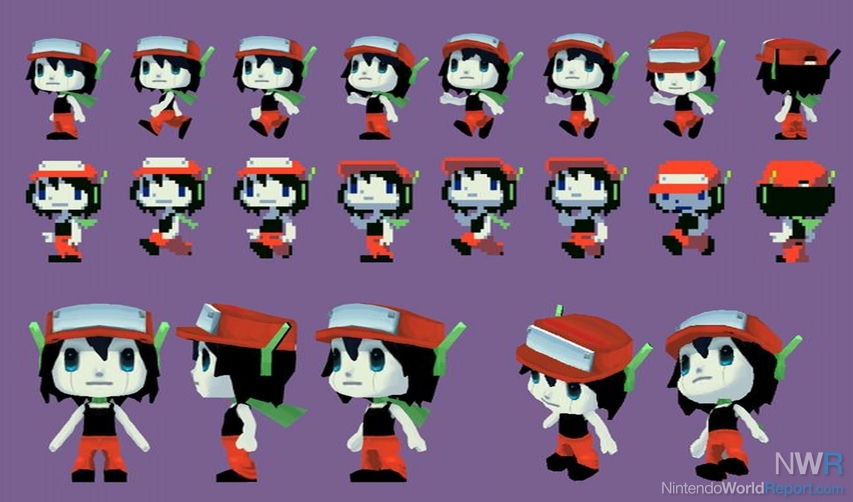 NWR: Is this a retail or a 3DSWare release?

TR: This is retail, so you’ll actually get a cartridge.

NWR: Can you talk a bit about what the 3DS adds?  You mentioned some of it, but can you explain how the stereoscopic 3D adds to the game?

TR: Sure.  Actually I’ll let Daisuke take over.  He gave a pretty good explanation to someone at NIS earlier. 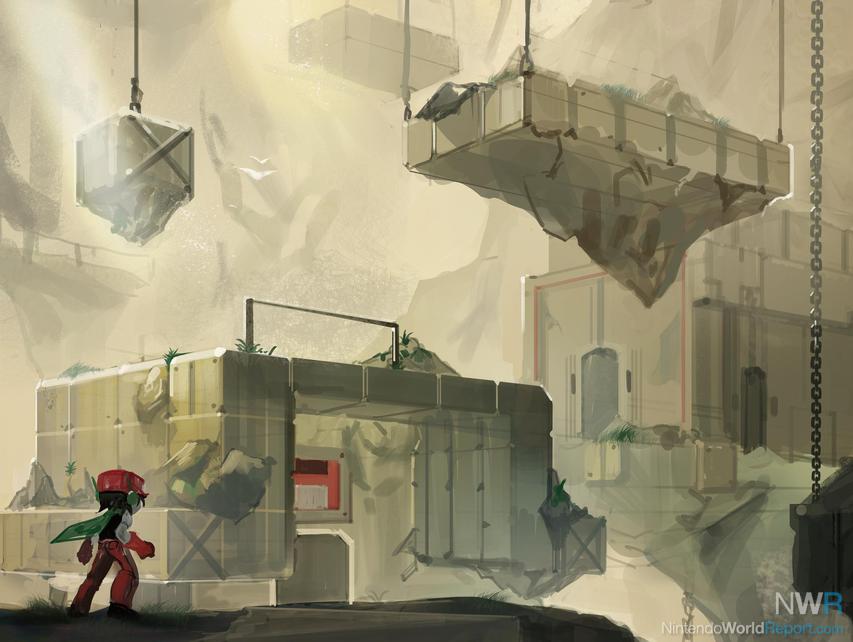 NWR: The original is known for its excellent soundtrack.  Does the 3DS allow for any improvements on the sound front?

DA: Of course there are the original tracks that are with it, but there are also new ones and arranged versions of a lot of different types that are included in the 3DS version.

NWR: How do you think that this new version will appeal to both new players as well as the fans of the previous game?

DA: For the old players, since the entire experience is different, even though they have seen this part it looks completely different now.  So everything they will play might be the same, but it is actually really different.  And for the new players, I want them to play from the beginning and experience what all the other players already have experienced.  And a lot of people did not want to have anything to do with it because of the graphics, and now they don’t have any reason to not play it. 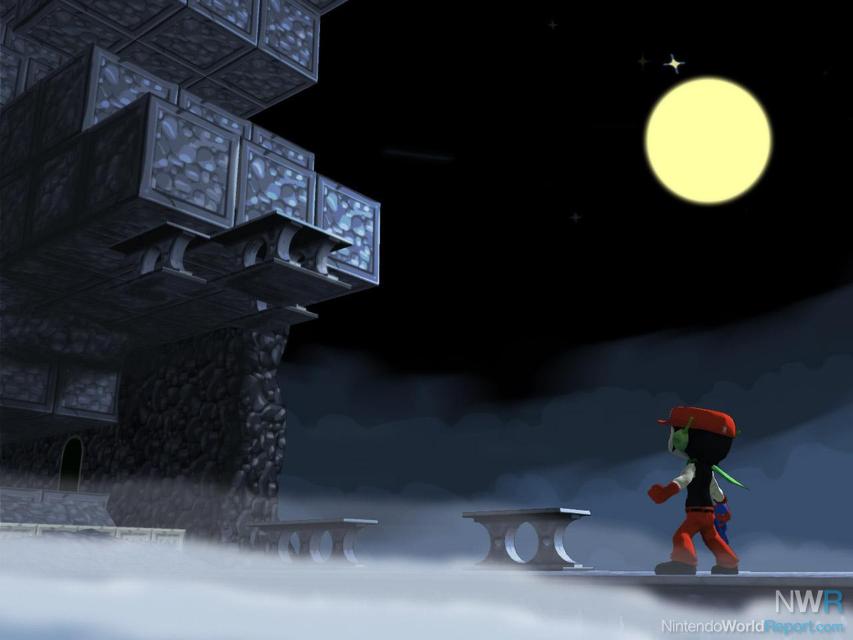 NWR: A few years ago you mentioned in an interview that you were worried about limits on your creativity in commercial game development and also that you didn’t see a point in shareware games.  Have your thoughts changed regarding freeware vs. commercial games?

DA: In the most deepest sense that has not really changed, but this project is different because everything that I wanted to happen has happened.

NWR: Have the console releases changed your day to day life?

DA: Not much has changed.  I want it to change with the potential release, but as of now nothing has changed.  But my opportunity to come to America and meet this many people, that part has really changed my life. 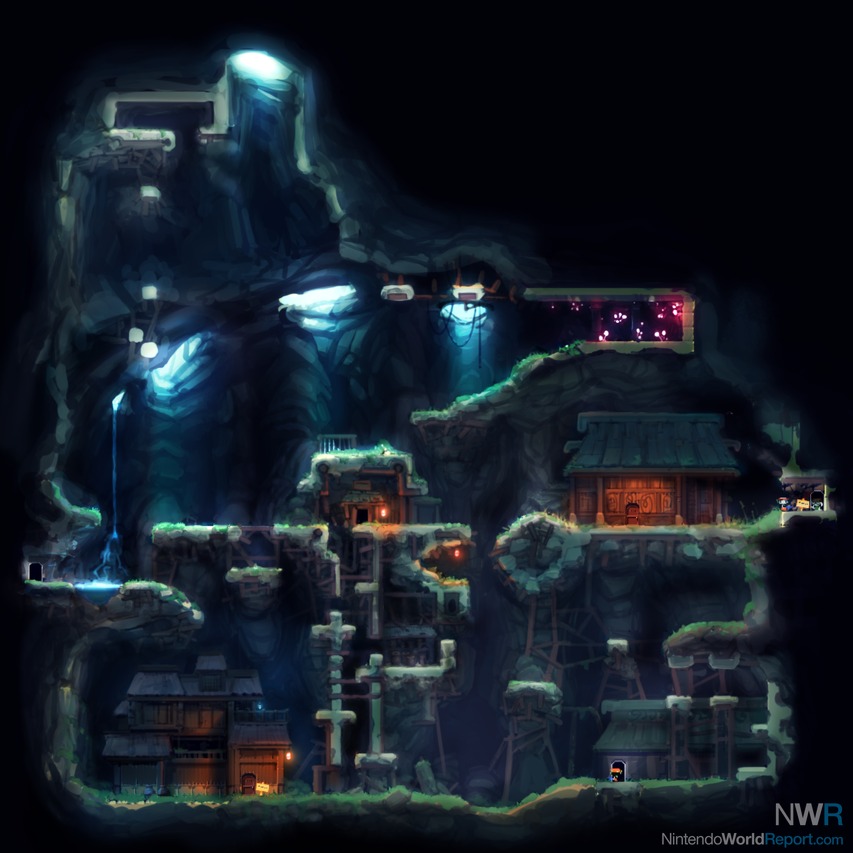 NWR: Are you seeing a different reception with the console version compared to the original?

DA: The people who played the original PC versions are, in the utmost sense of the word, old school players who actually already played those types of games since they were small. So the type of reaction I get from them is different.  But on the other side of the coin, the type of reaction that I get from the console versions of DSi or WiiWare is also positive.  They're a lot younger than the people who played the PC versions, and I also get a lot of positive feedback from them.  I am very happy to get this.

NWR: Are you working on anything new outside of Cave Story, and can we expect to see a console platform release of any of your other games?

DA: Right now I am only making Cave Story, but I have also made these games called Ikachan and Guxt.

TR: So are you familiar with Ikachan?

TR: So Ikachan and Guxt, one of them is a shooting game, are the ones that you will probably see out on the platforms. And more than likely, it will be DSiWare. 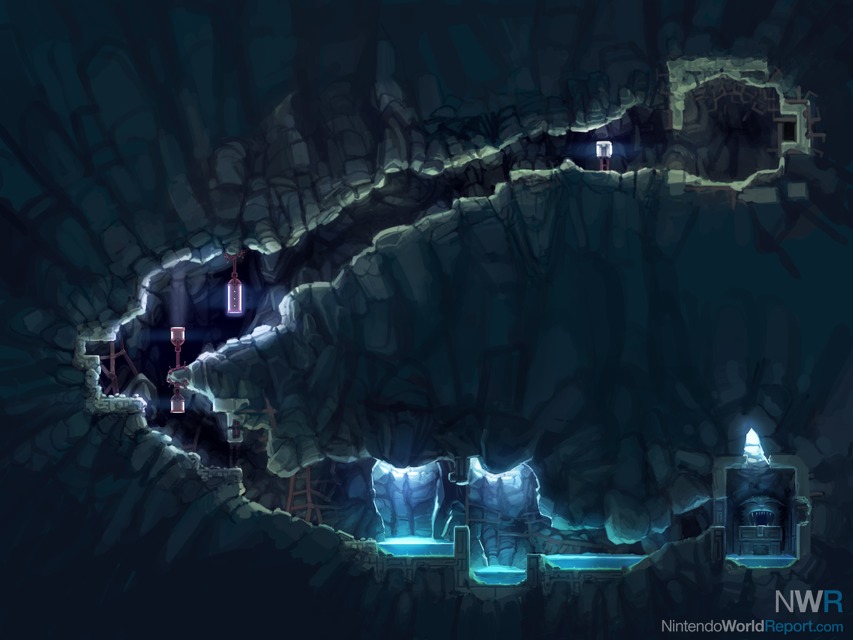 NWR: The WiiWare release took a little longer than expected to get going, but it seems like the DSiWare and now the 3D version, are coming quickly.  What troubles were encountered early on?

TR: For the WiiWare version, I think it was as far as console, it was a maiden voyage as far as what we were trying to do.  And also being really aggressive with trying to do download content, trying to build a lot of content.  Ultimately we decided, well, we have built all this content, we have reached our stick, why don’t we just build it in and give it to the players instead of keeping them waiting.  I’m a big fan of the game; I have always been since Daisuke and I started to work together, but at the same time, I knew that we couldn’t keep fans waiting.  It is like so much is so much, so we wrapped up the game and put it together as best we could and shipped it out.  But that experience really helped us with the DSiWare version.  I think if you followed that one at all, it came to shock a lot of people.  I think we announced it, and less than two months later it was available.  So the lesson with the WiiWare version was, "Don’t announce it too soon," because we wanted to make sure people were -- We didn’t want to be the boy who cried wolf, right?  So we knew with what happened with the WiiWare version, as good as the game is, we wanted to give people an “Okay, it is coming,” and anyone who said, “Oh yeah, right, it is going to come in 2012,” well, haha, it was already done when we announced it.  When we announced the DSiWare version, the game was already into submission, and we had learned about a lot of the process, and learned all the paperwork, and learned the technology behind the machines.  Now that we have moved on to 3DS, we have an even larger team.  Daisuke is overseeing a lot of the details as far as the art direction, the character design, and the music, as well as, we work together in deciding how certain parts of the game work together. The WiiWare version was a pretty big-scale project in the sense that it was a lot of pixel art, it was a lot of music, it was a lot of learning technology.  The DSiWare version was a little bit scaling back on that and trying to keep it really tight and in a portable package.  And now with the 3DS we are going bigger, but we have learned a lot in 4 years.

NWR: How did the NIS America publishing deal come about?

TR: It was just the right amount of interest in it.  NIS and Daisuke, they seem to have aligning interest as far as how their fans are. There are very voracious fans for Cave Story, they really love the game, and people who love Prinny, love Prinny.  So I think with NIS America, they really have an interest in keeping their fans happy and that is part of the reason why we work together and why Nicalis works together with other developers like Nicklas [Nigren] and also works together with Nigoro. With NIS, we were able to talk to them about doing a 3DS version, the 3DS being launched in 2011 and content being difficult to come by.  Cave Story seemed like the most logical choice, as far as saying, “Hey, you guys really do great fan work and games from Japan. What about helping and teaming up together and doing Cave Story, so that it can release on a physical retail device, on the 3DS, with a game that really is almost intended for a Nintendo console?”

TR: We have a pretty good relationship with Nintendo, and I can tell you with out taking too much of your time, we had equipment for quite a while.

NWR: Can we expect Prinny to make an appearance in the game?

TR: You know, Daisuke has a rule about -- he seems to be very adamant about not telling the player too much, but I expect -- look real hard, and maybe you will find something.  (laughs)

NWR: What are both of your general thoughts about the 3DS system?

DA: I am very impressed with what Nintendo keeps bringing out.

TR: I pre-ordered mine on Amazon.  I had my wife order me one from Japan.  It is one of the consoles that I am pretty excited about, not just because we are working on Cave Story for the 3DS, but it has been a long time since I have been this excited about a console.  And it is kind of neat, I am usually one that I don’t feel like I fall for gimmicks, but after I saw 3D without glasses, I was having an internal argument with myself.  Like, "how is this possible without glasses?"  Because there is something about the glasses that just convinces me that, okay, 3D is possible, but it shouldn’t be possible without glasses.  And I think this is going to open up a lot of people’s eyes, no pun intended.

NWR: Alright, I think that is all I have for now, so thank you everybody.

TR: Thank you for making it.

Interview transcribed by Sara Andre. Thanks to NIS America, Nicalis, and Pixel for the interview!

My favorite games ever in order 1-3 are Paper Mario(all games), Ape Escape(Ps1), and Cave Story. Being my first and third favorite games are already being made for the Nintendo 3DS(which is awesome by the way), I just need Ape Escape to be on it now and that will complete my 3DS game library. Come ON Nintendo! Make a deal with Sony and let Ape Escape (like AE 1, 2, and 3) be on the 3DS!!! But, really, I'm just amazed that there will be a Cave Story 3D. Once again, I can't wait for Cave Story.