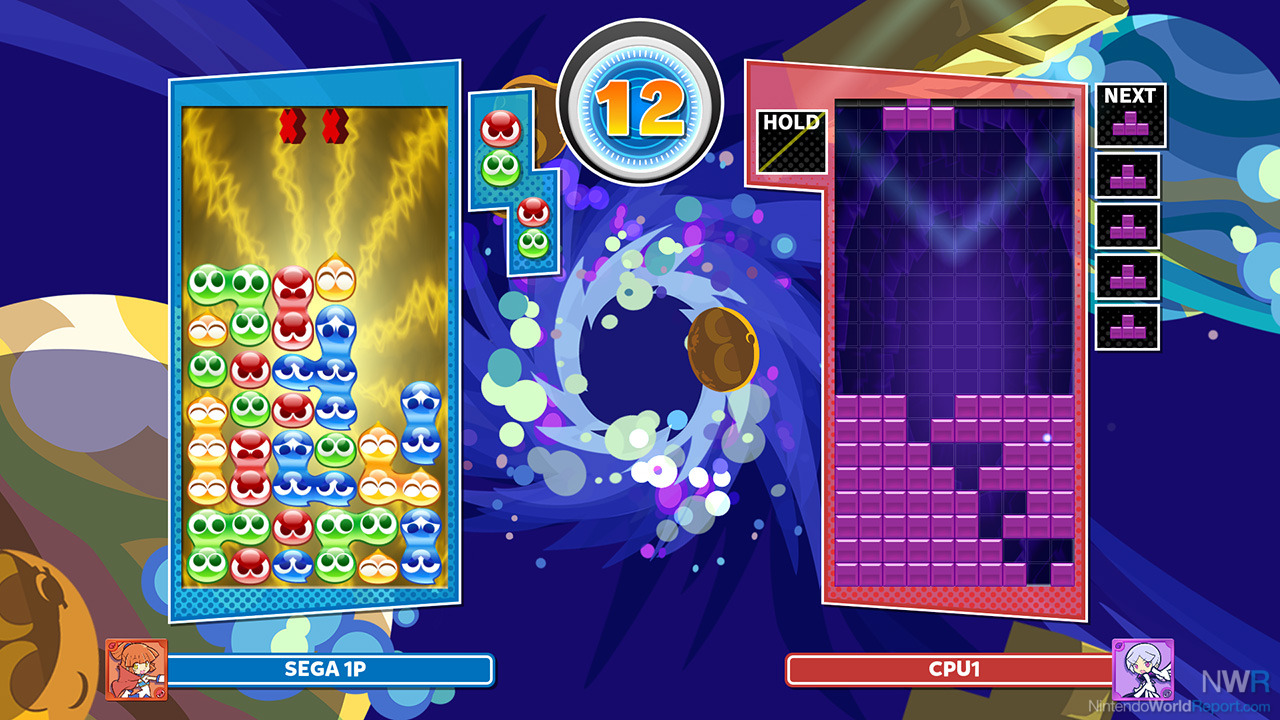 Back in 2017 when the Switch launched, I had one launch window release circled as a must-play: Puyo Puyo Tetris. Previously exclusive to Japan, the mixture of Tetris and Puyo (aka Dr. Robotnik’s Mean Bean Machine aka Kirby’s Avalanche) had grown to mythological cult status. And then it came out on Switch and was, as expected, very good. In the intervening years, Sega has made a concerted effort to get more Puyo puzzle games out worldwide. We’ve seen the online multiplayer-focused Puyo Puyo Champions, the SEGA AGES release of not one but two different entries in the series, and even a previously Japan-only release on the Super Nintendo portion of Nintendo Switch Online. Sega is clearly trying to make Puyo Puyo happen. We’ve now rotated around the globe more than three times in this Puyo world and Sega’s back with a direct follow-up to the game, the myth, the legend Puyo Puyo Tetris. Puyo Puyo Tetris 2 is due out on December 8 and in my early moments playing the final game on Switch, it feels just as fun as the original.

The setup of the sequel contains the usual suspects of modes. You got your solo and multiplayer play with various modes featuring Puyo, Tetris, and the fusion of the two. Online play with various competitive and casual subsections are present. The Adventure mode brings about another preposterous story that I admire the fact that it exists, but outside of the character designs that brim with anime-fueled personality, I can’t say I’m invested. That being said, the Adventure mode is a great way to experience the various modes and styles - and it’s also key to unlocking characters and additional content. 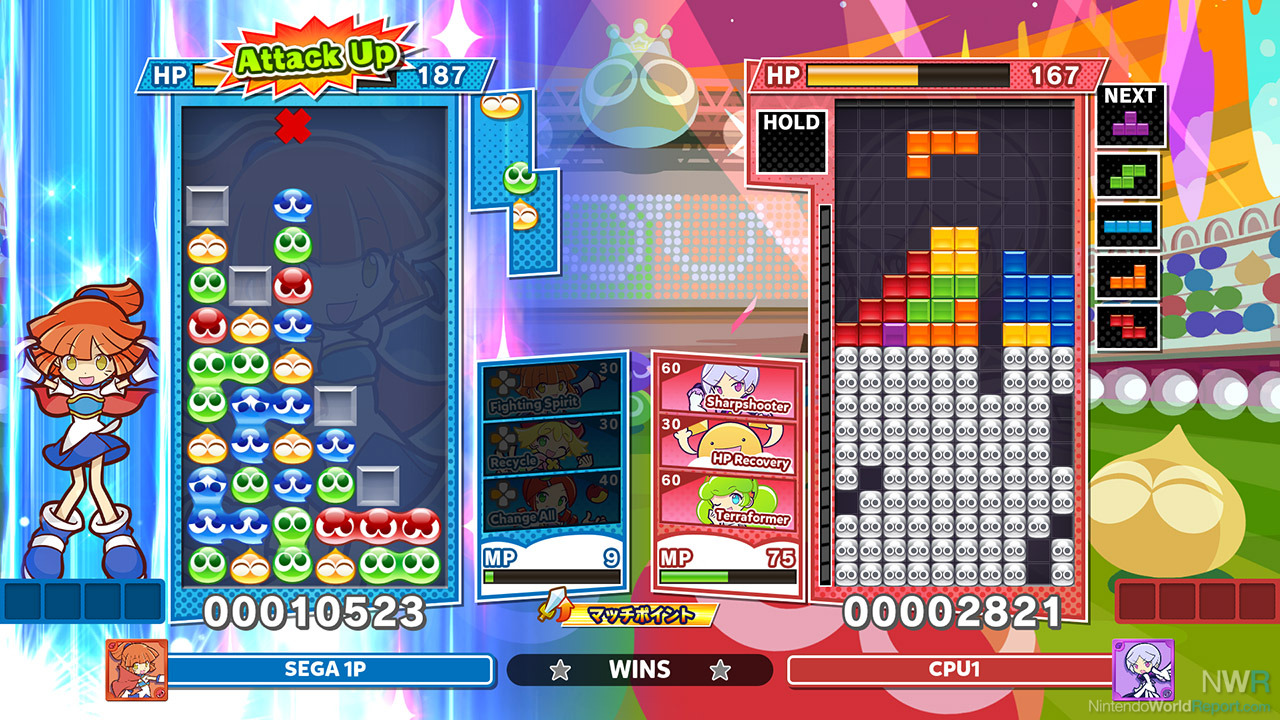 The biggest new addition is Skill Battles. You pick a team of three and make use of MP to use special abilities that do things like clear junk tiles from your screen, up your defense, or heal your health. These battles end when one team knocks out the HP of the other one. You actually don’t die when your screen fills up, which is weird and against what I’ve learned in puzzle games. Skill Battles are neat because they require a slightly different strategy. You’re trying to knock out hit points, not fill your opponent’s screen. Strategic use of abilities is the pathway to victory. Deepening Skill Battles are Item Cards, which are basically just randomized equipment. You get truckloads of them by playing and they can upgrade your stats as well as earning you some other perks like increased damage for Tetrises and T-Spins.

I did find Skill Battles confusing at first, but then I found the secret best part of Puyo Puyo Tetris: the really smart Lessons feature. I reviewed Puyo Puyo Champions and while it was a fine Puyo game (the online ran well!), one of my biggest issues was that it didn’t really educate newcomers. Lessons mostly solves that, simply explaining rules and strategies while also engaging in detailing high-level play. If you want to learn these games, it’s a good resource.

We’ll have more on Puyo Puyo Tetris 2 as we get closer to the December launch, but so far so good. This seems like a fine new batch of the excellent puzzle content mixed in with some potentially greater online modes, better tutorials, and an interesting new mode in Skill Battle.