Shulk and Melia head off for one unique adventure on the lost shoulder.

Xenoblade Chronicles is a long and tremendous engrossing journey that takes many hours to complete. With the many changes made in the Definitive Edition, there wouldn’t have been a better time to revisit Shulk's character and the world he has left behind. Monolith Software likely thought so too as they are introducing a new piece of content with Future Connected. This epilogue, which takes place one year after the main game concludes, takes us to the never before seen Bionis' shoulder. A new adventure for both Shulk and the High Entia princess Melia awaits. Just a warning: a few elements won’t make sense if you haven’t played the game a decent way through! 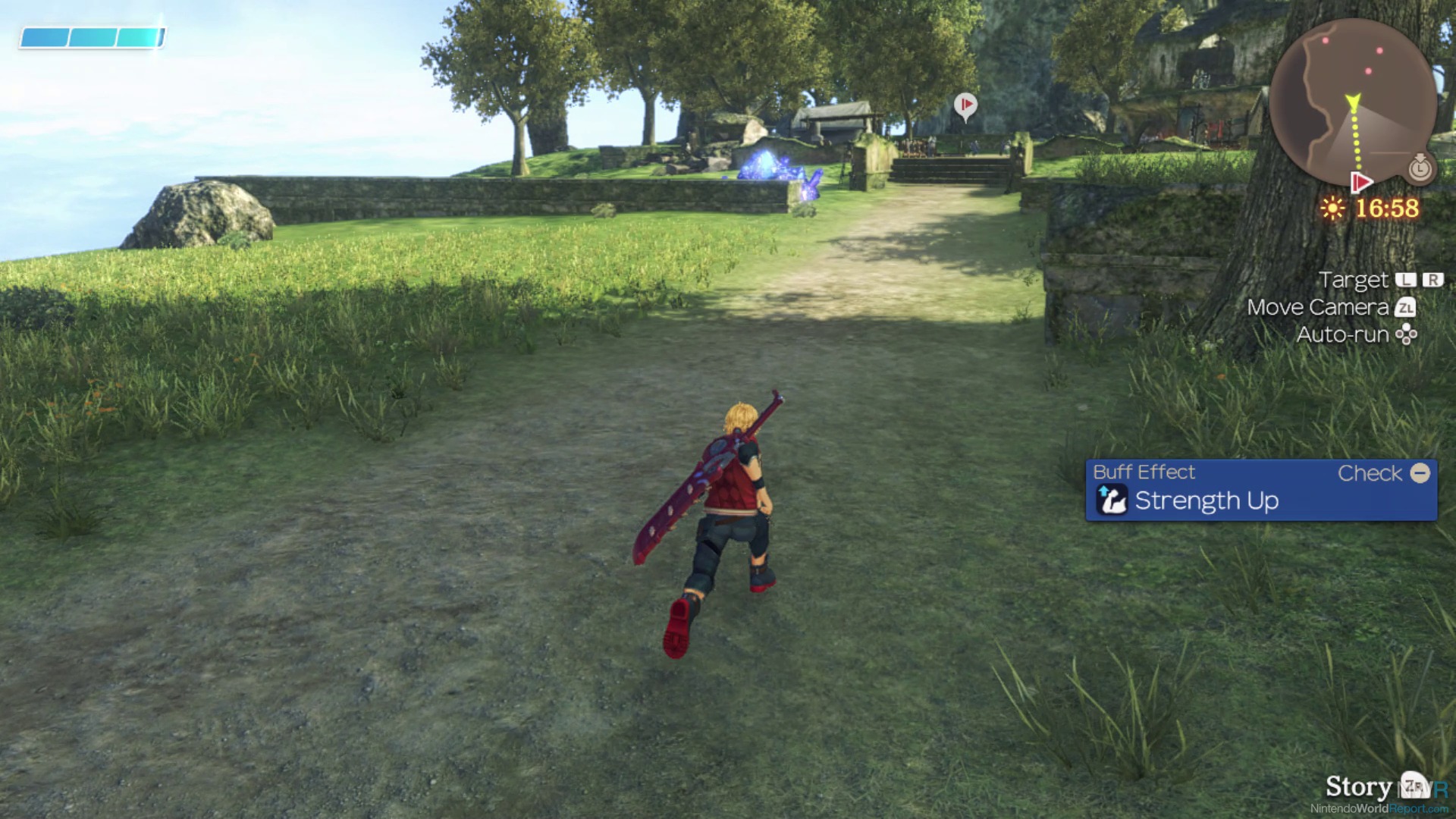 Future Connected opens with recapping a couple of crucial moments at the end of the main game. Shulk, piloting the Machina ship Junks, is flying towards the Bionis' shoulder as well as the remains of Alcamoth. The city is the imperial capital of High Entia, but due to circumstances, it was impossible to return. Melia and Shulk seize the opportunity, but quickly find their ship damaged causing them to crash land on the floating landmass that is the shoulder. We see some gripping shots of our new surroundings, after which the two discuss their next steps. They are completely in the dark about this new situation, and their Junk ship can no longer fly until they have the right parts. Not long after they discover that two Nopon children, Kino and Nene, are in trouble. After a short battle, they band together to find out what is going on.

The story of Future Connected seems to focus on Melia, mostly down to the fact that you begin the epilogue playing as her. Personally, I found myself flipping back to Shulk, who has a mechanical replica of the Monado at the ready. Melia and Shulk retain most of their attacks from the main game, starting the player out at Level 60. Obviously, Shulk can't no longer look into the future and see attacks coming during battle. This requires a more careful approach in combat right from the get go, but that isn't something you can't come to terms with. Outside of that, his special Monado Arts are still in play, with some doing their duty in these new surroundings. The Cyclone ability remains a steady favorite, which comes in handy as enemies attack from all corners.

Kino and Nene are the new characters that come along with you for the ride. They help to make the battles more well rounded as they fill in the roles of Sharla and Reyn respectively. Kino focuses a lot on recovering health, removing debuffs and raising tension of the party. The number of offensive moves he has are powerful, but those are not the main reason you would use him in your party. Nene is unmistakingly the strong character within your crew. Most of her attacks are designed to do massive damage to your opponents or inflict them with status effects. Together with Shulk's all-round scala and Melia's magic, there are a lot of neat combinations possible within the battle system. 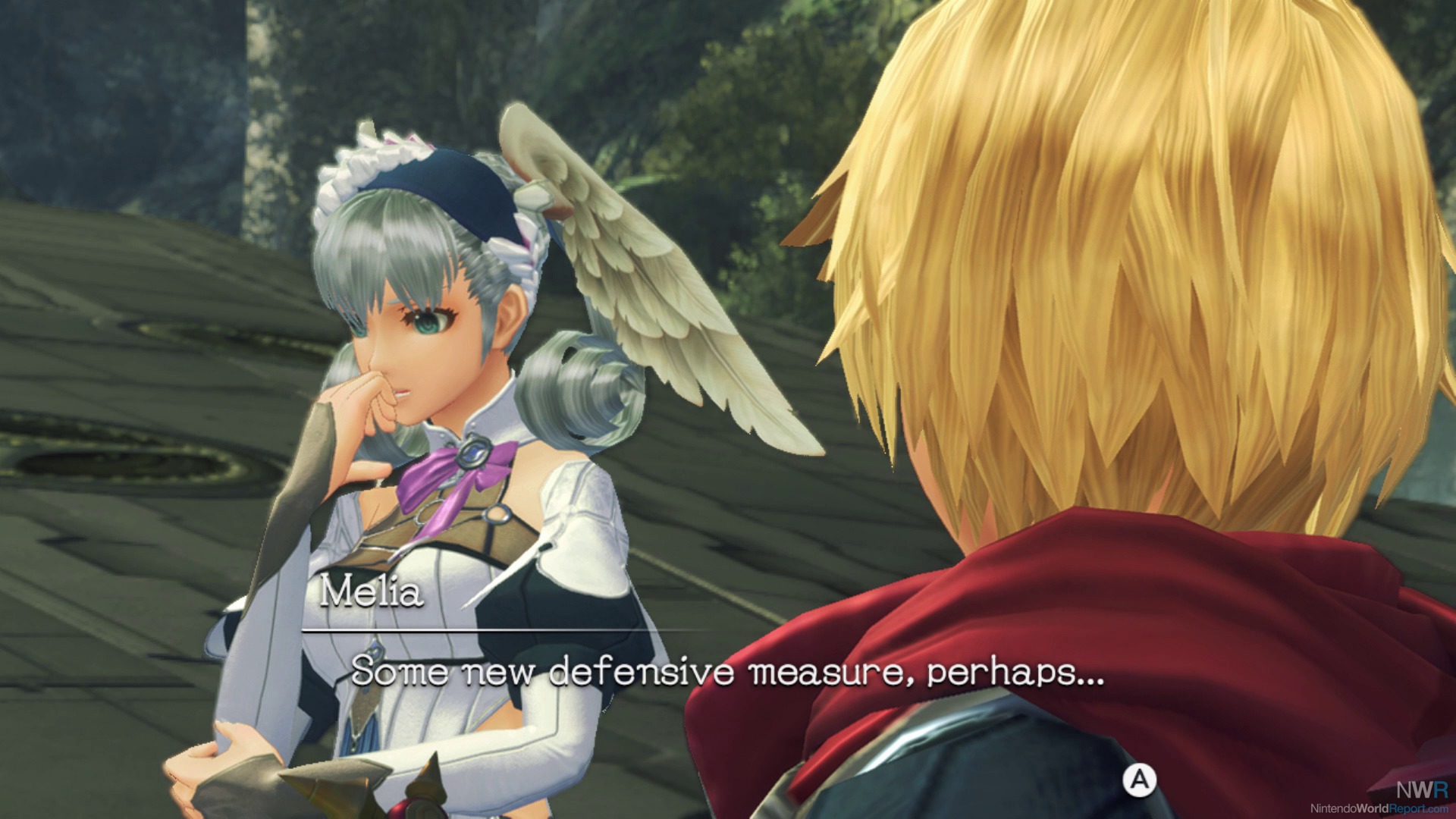 That battle system has some crucial changes as well. Chain attacks are no longer an option in Future Connected, forcing you to rely on your Arts as is. It requires more skillful play than before as there isn't a real safety net. This dynamic changes rapidly, however, when the Ponspectors come into the picture. These special Nopon surveyors come in three variations: Red (offensive), Blue (healing) and Yellow (debuffing) teams. By completing the quests, they will join your cause and join up in a conga line behind you. When you get them into a High Tension state, they will keep fighting without taking breaks in between. In those instances, you become unstoppable as three fixed party members and up to twelve Nopon friends fight against formidable foes.

When you get members from each team together, you unlock what replaces the chain attacks in Future Connected. Ponspector Union Strikes are special coordinated attacks that use up all three bars of your Party Gauge, and deal damage to enemies on a wide scale. The Red Comet attack does major damage to a singular enemy, which is particularly handy when fighting bosses or unique enemies. With the Blue Caress, you are instantly healed and receive both Regen and Debuff protection. Yellow Chaos, which is the one I found the most handy on a whim, will force Daze and Strength Down on all the enemies in your direct area. While there are moments where I missed the chain attacks, I do think that these create some wonderful silly moments. Silly is something I am all for, frankly.

The world of the Future Connected is the Bionis' Shoulder and Alcamoth. I haven't had any indication that you will travel anywhere else, or will explore beyond those two segments. That being said, there is certainly variety found on the shoulder. There are a couple of towns, secret areas, caves and different environments to make the experience stand out. The world isn't large, but it does evolve with the same day and night cycle, allowing you to find different enemies and obstacles to face. The side quests, which remain a big part of the experience, will force you to see all the nooks that make up the Bionis' remains. It is important to learn those surroundings when the story enters its next gear. 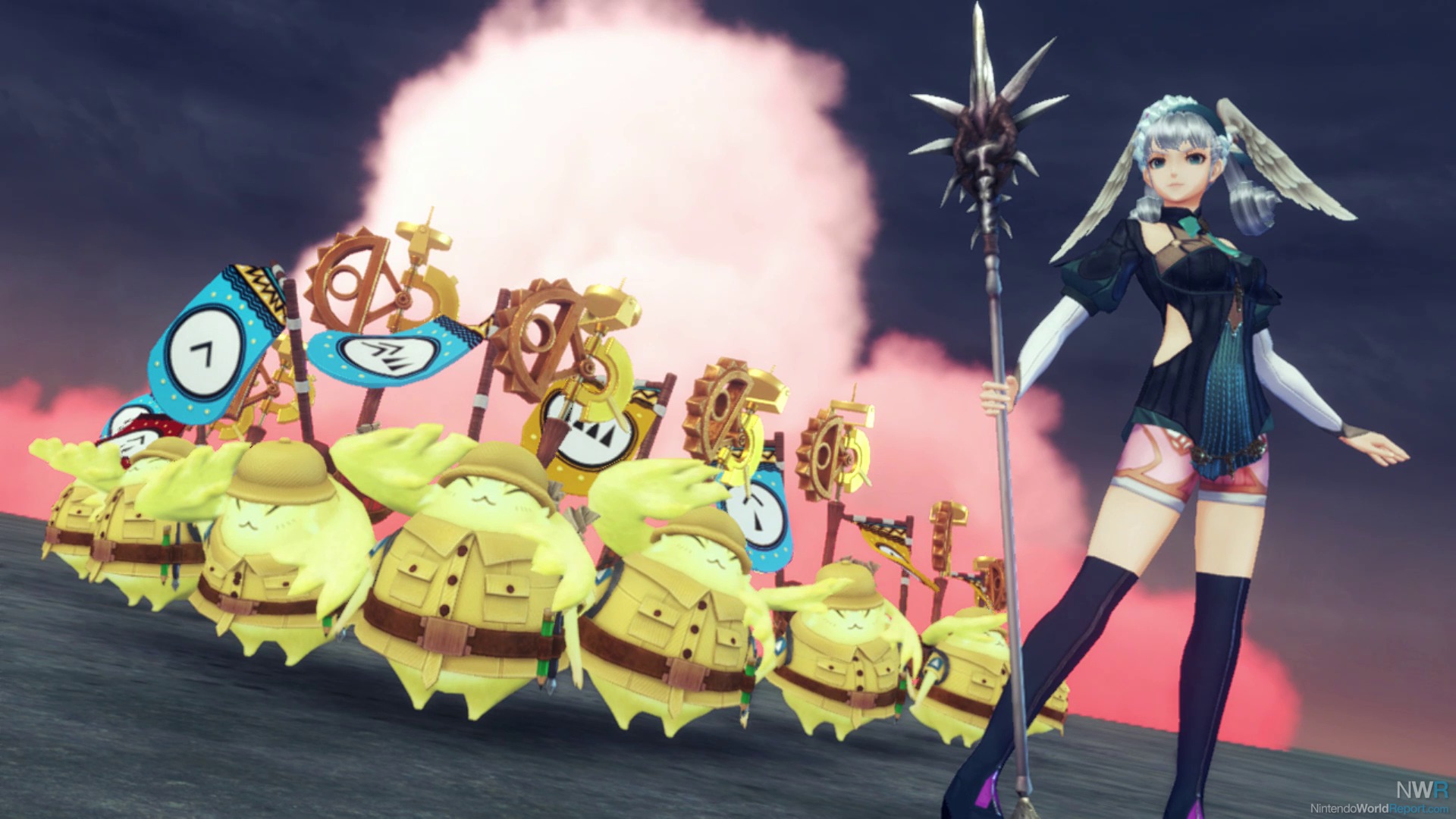 While I already mentioned various elements that are different from the main game, there are some more worth discussing. The Affinity Chart and Skill Trees aren't present in Future Connected, and the Collectopaedia's role is rather limited with just two pages. Another factor is that you no longer get armour from defeating monsters. Armor can be purchased at the few shops that the shoulder has, with color variations available by completing quests. Weapons, however, can still be found everywhere with a bunch of different variations available. The gems, which give you different powers by attaching them to weapons or armor, can be earned by picking away at Ether Deposits. They are far easier to farm than in the main game, allowing you to set the team the way you personally like.

Future Connected seems to be a brisk and compact piece of content for those who love the main game. The adventure takes everything down to the essentials with the story focusing on Melia and Shulk. With the help of Kino and Nene, they set out on a journey that will bring new characters and interactions along for the ride. While I can't talk specifics, the hopeful theme of the main adventure continues in an unique matter. Shulk is still his carefree self, with Melia pondering the future a lot more. The special elements like the Ponspectors and Bionis' Shoulder make for one last ride that you will never forget.

Now that you know about the new Future Connected epilogue, you might wonder about what is different in the main game. You can find the preview for that here!