Pong comes back to dip its toe into RPG waters on Switch this spring.

Pong Quest was announced seemingly out of nowhere, but on paper, the idea of a Pong RPG from Atari sounds really interesting. I've spent a few hours with the PC version—available now on Steam—and I'm encouraged by Pong Quest, coming to Switch later in the spring. It’s developed by Chequered Ink, who have released a few indies on Switch (Spellworm, Maddening Euphoria, and Gyro Boss DX). They aren’t a household name, but their style is distinctive. What they bring to Pong Quest is a simplistically stylish goofiness. 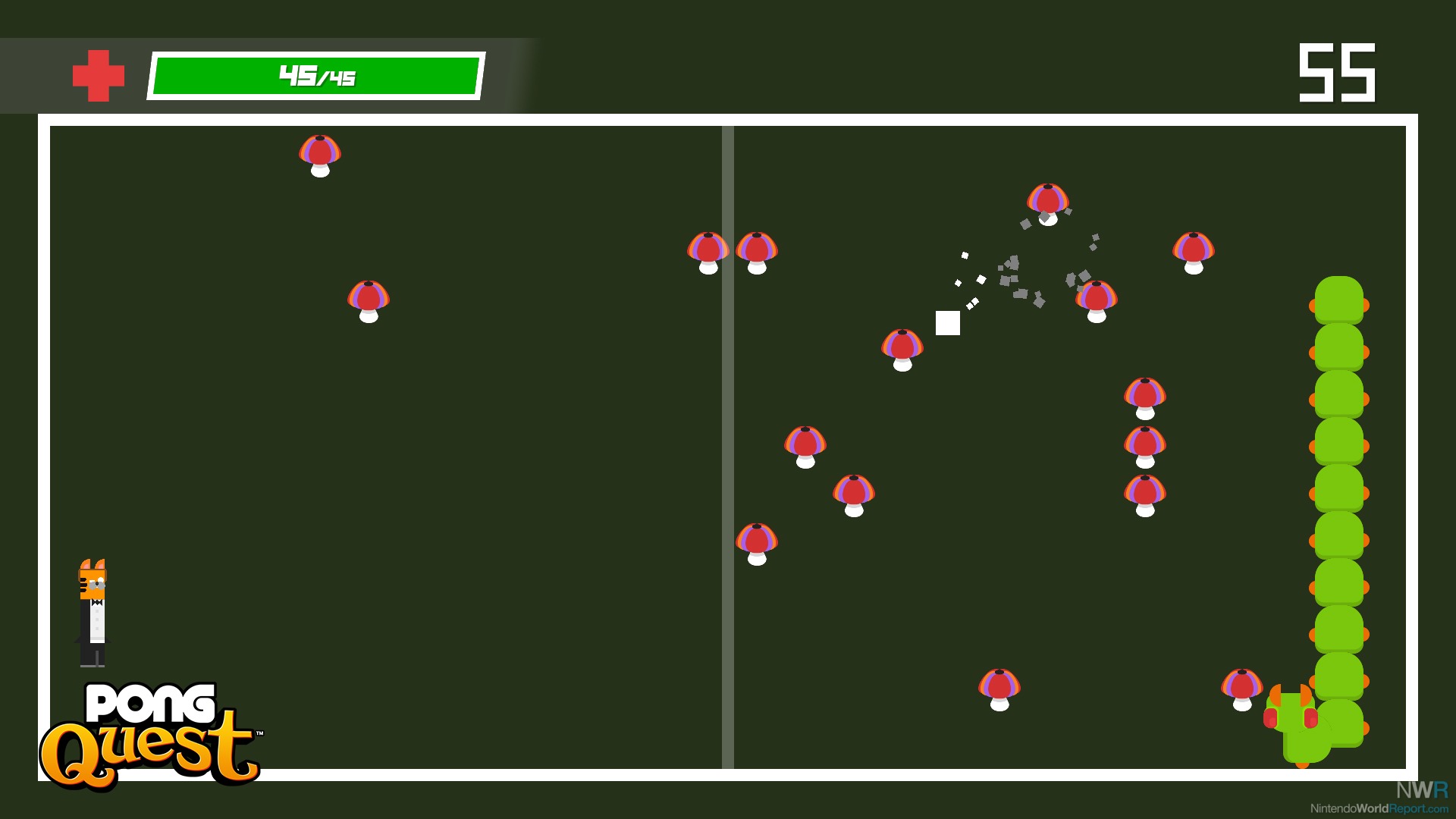 In this new Pong universe, paddles are sentient and you control a customizable paddle who does battle and explores dungeons. Battles are matches of pong where every hit to you or your opponent’s paddle causes damage. Your HP constantly drains with every hit, which isn’t of much consequence during regular battles. The goal is to whittle down your enemy’s HP and then finish them off by slipping the ball past them. Battles might be a little too frequent and lengthy, but the concept is strong, even more so when you toss in power-ups in the form of different balls that amp up bounciness, potions that heal you, or even one that drops mushrooms that is definitely a reference to Centipede.

Outside of the battles, you run around dungeons that are reminiscent of 2D Zelda in look, though the puzzles are much more pedestrian. Battles happen frequently here and segments conclude with boss battles. These amplify some of my mild frustrations with the battle system. Bosses have massive amounts of HP, which can turn the battles into slogs or, if you’re unprepared, a swift death. Dying kicks you out of the dungeon as if it were a roguelike, but rest assured: your floor in the dungeon is saved. 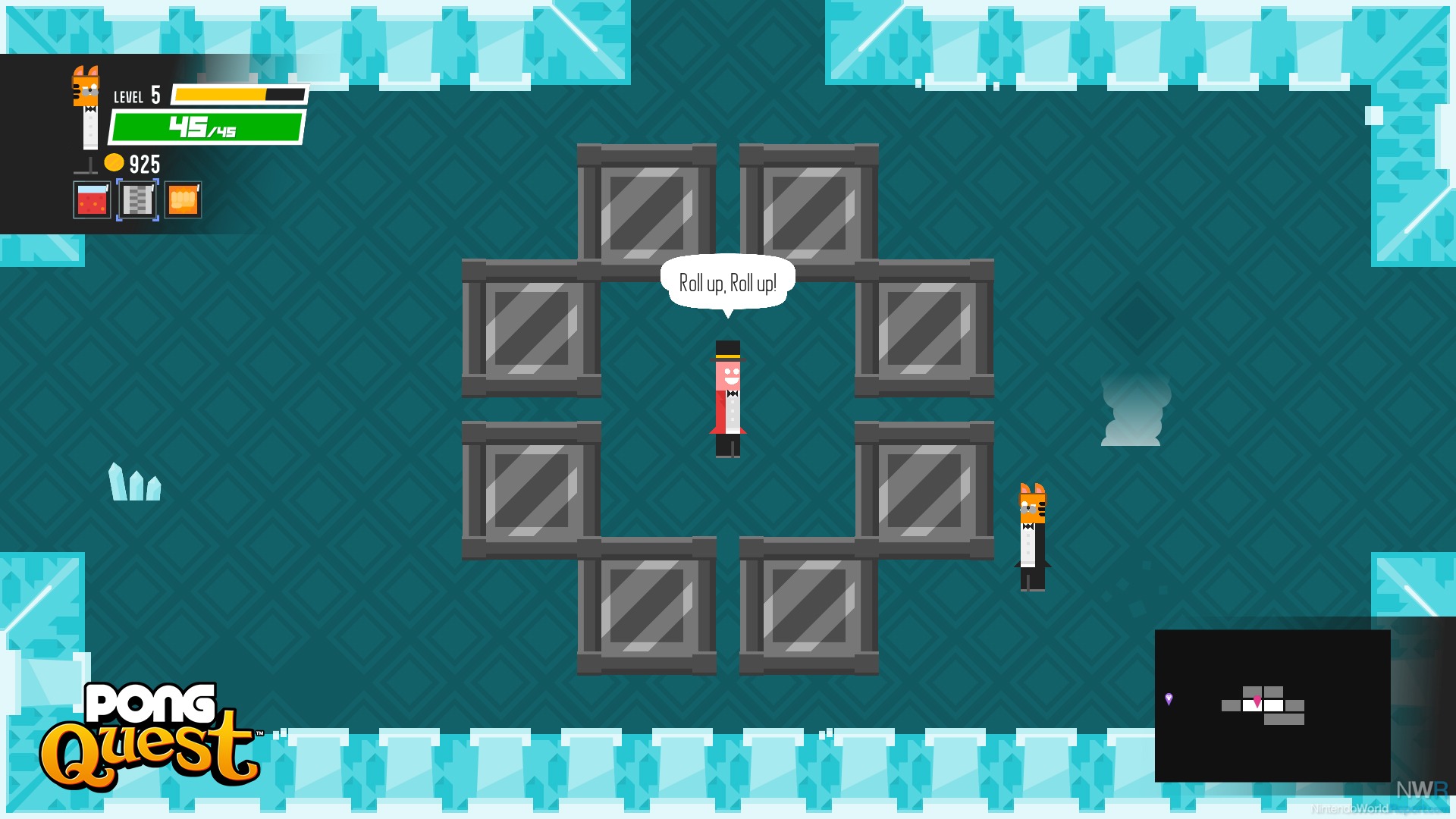 The main Quest Mode features a variety of dungeons and battles. Outside of that, Pong Quest has a few other modes for local and online play. A local battle and classic mode allows for two-player ponging and an online battle mode allows for the same online. In my playtime, I wasn’t able to test either.

Pong Quest has a novel concept that might carry it through some potentially repetitive elements. Switch owners will be able to find out for themselves when the game comes out later this spring.