"It's not the mountain we conquer, but the RTA world record." - Sir Edmund Hillary

Lonely Mountains: Downhill is a pretty simple game. You start on a bike at the top of a mountain trail, and then ride your way down as quickly as you can. The controls and physics of the bike feel fine-tuned; though the objective is to go as fast as possible on a twisting path, I always felt like I was fully in control. There was never a time when I felt like I couldn’t maneuver the bike the way I wanted to, so I never thought any of my failures were anything but my own mistake. 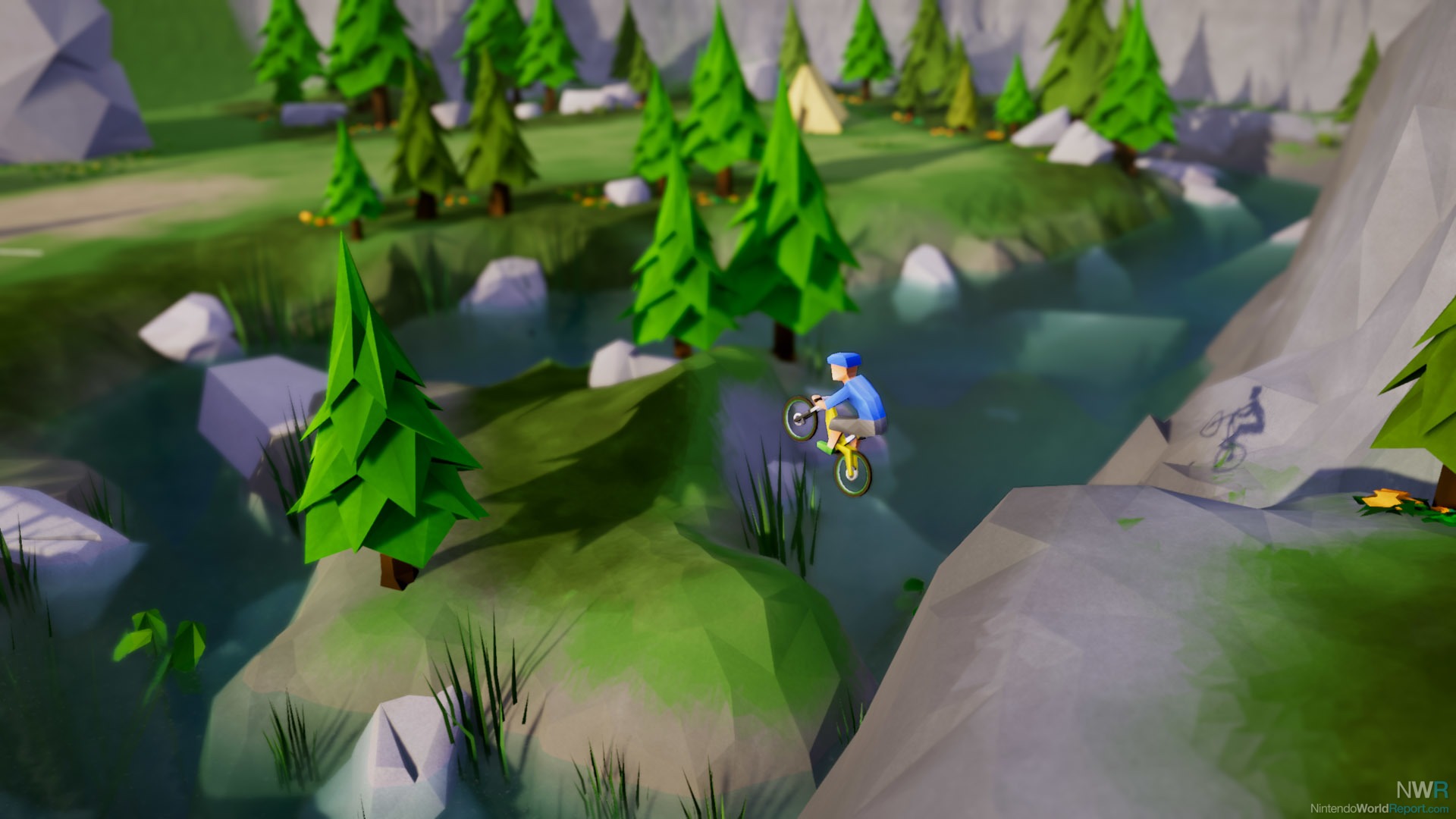 Your journey down the mountain is timed, and there are checkpoints along the way to respawn at in case you wipe out. The checkpoints aren’t just a respawn point, though; upon wiping out, your timer will also reset to whatever it was when you first cleared the checkpoint so that your final time is a combination of your best attempts. I liked this a lot, since it meant I wouldn’t have to restart my entire run down the mountain over just one mistake. If I messed something up, I wouldn’t have to redo parts of the run that I was satisfied with just to get back to the part I could’ve done better.

There are plenty of shortcuts along the way to improve your time, so playing Lonely Mountains: Downhill can end up feeling something like a speedrun. Though I only had a short time with the game at PAX, I still found myself constantly resetting to my previous checkpoint so I could optimize my route, nail every jump, and get the best time possible. There’s no downtime between attempts either; after you crash into something you’ll be respawned within seconds to jump right back into your run. All this made my short time with the game very addicting. I’m a big fan of speedruns, and Lonely Mountains scratched an itch in me right off the bat that most games can’t do without a bit of experimentation first

Although I didn’t get to try them out, there are also a lot of different bikes you can use that each have their own stats and attributes, so figuring out the best bike for each course will be part of the challenge. Overall it’s a simple game, and there isn’t anything crazy going on, but I could see myself sinking hours into this game trying to shave off fractions of a second in pursuit of the perfect run.