Heading back into Tokyo, one Mirage at a time. 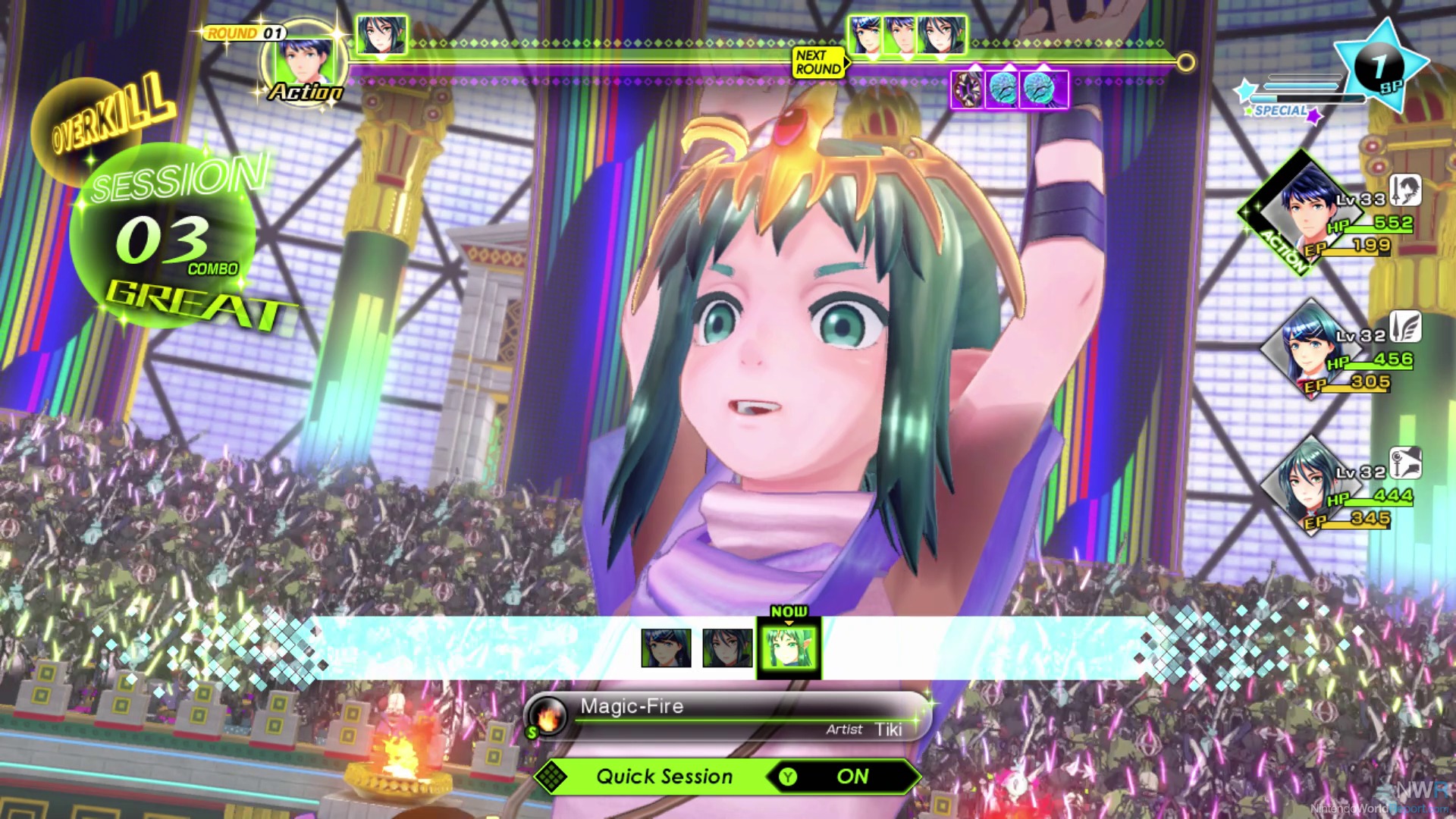 Tokyo Mirage Sessions #FE is one of the greatest games ever released on Wii U. I reviewed the game more than three years ago on this very website, and that opinion stands tall until this very day. Despite some localisation concerns, #FE was some of the most consistent fun I've ever had. The story, characters, worlds and gameplay perfectly complemented each other and made one heck of a ride. This presents, however, a problem I've never faced before: what new is there to say for this Encore hands-on? Instead of the nitty gritty that you can already find on this site, let us focus on the new stuff or the things that have changed.

First things first, we have to discuss the brand new EX Story content. These are seemingly smaller 20-25 minute segments in which just a teensy bit of story plays out. The player will mostly see Itsuki, Tsubasa, and Kiria interact with each other and try to overcome a certain problem. During the first segment, Tsubasa is moping about doing a cover of Reincarnation. She wants to have the same coolness factor of Kiria, but she doesn't know how to pull it off. It is said that these special mini one floor dungeons contain a remarkable item that can help them out, and give them inspiration. In the grand scheme of things, they don't add many wrinkles to the world of #FE. Outside the story bits at the beginning and ending, it is all about exploring the dungeon.

In the first dungeon, the paths are spread in various smaller directions where you pick up additional trinkets. These additional trinkets are the reason why you would want to go through the EX Story. First of all, plenty of additional costumes will be made available to you. The Atlus crossover costumes, which were DLC in the Wii U original, can be picked here and added to your battle wardrobe. So if you're keen on equipping the Princess Glory costume to Kiria, that is the place where you need to be. The downloadable content finds new life within these EX Stories, but there are some new offerings for you as well. Sadly, we are limited on what we can talk about in that department for now. 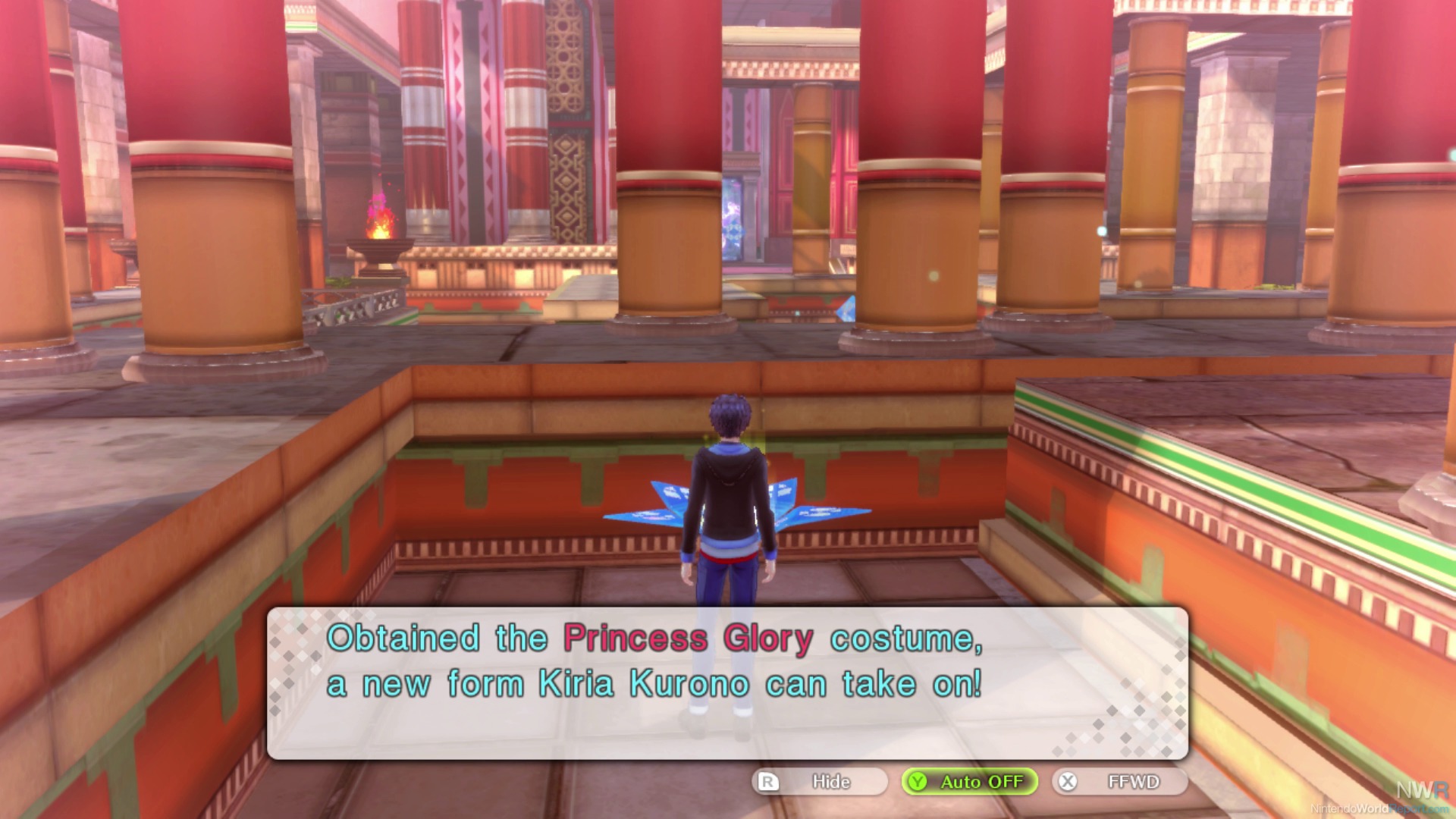 Another thing that you will earn in the EX Story dungeons are Jump-in Session Skills. When characters perform effective attacks, other cast members jump in to perform a string of attacks called Sessions. By getting the most out of this mechanic, you will have an easier time defeating enemies as well as earning additional items. With the new Jump-in Session skills, non-playable characters get their chance in the spotlight. Tiki, who helps you upgrade weapons and characters, will perform an attack called Magic-Fire. Important to note is that you don’t have any control over when these Jump-in Skills are activated. They happen out of the blue without warning, making a combo feel just that tiny bit more awesome.

Speaking of session battles, another important addition are the three training dungeons, which were included with the Wii U's special edition and available as paid content. Each of these dungeons sees you traveling through a hostile landscape where you pick up items and defeat enemies. The longer you stay in areas, or the more you defeat them, the more powerful they eventually become. The items you get by searching and defeating enemies depends on the quest you decided to enter. In EXPedition Hunter, you will get access to tons of the Tome item. By using two of these on an ally, they will be one experience point away from leveling up. Likewise, in Masterful Hunter, the Skill Book can be found by the buckets. By giving a Skill Book to a Carnage (the weapons that you equip), it will raise to the next level and give you a new skill. Finally, in Savage Hunter, players will be able to earn Detritus. By giving this to a specific character in the game, you will be able to learn a skill that allows you to open any closed treasure boxes. The road to get there, particularly the heavy hitting Savage enemies sitting there, isn't a particularly fun one.

I can't actively dislike the training dungeons being here. You see, it slims the overall grind of the game and allows all newcomers to have an easier time with the harsher challenges later on. At the same time, a smart player can stick around for a while and keep racking up items to basically bend the game to their will. As someone who is keen to see most of the Carnages completed and skills acquired, I didn't even blink twice to use these tools. It made the experience even quicker one as I was able to use superior skills when battling the various bosses. Depending on the type of player you are, your mileage may vary in this specific case. Personally, I used it in the knowledge that I've seen most of the game before. 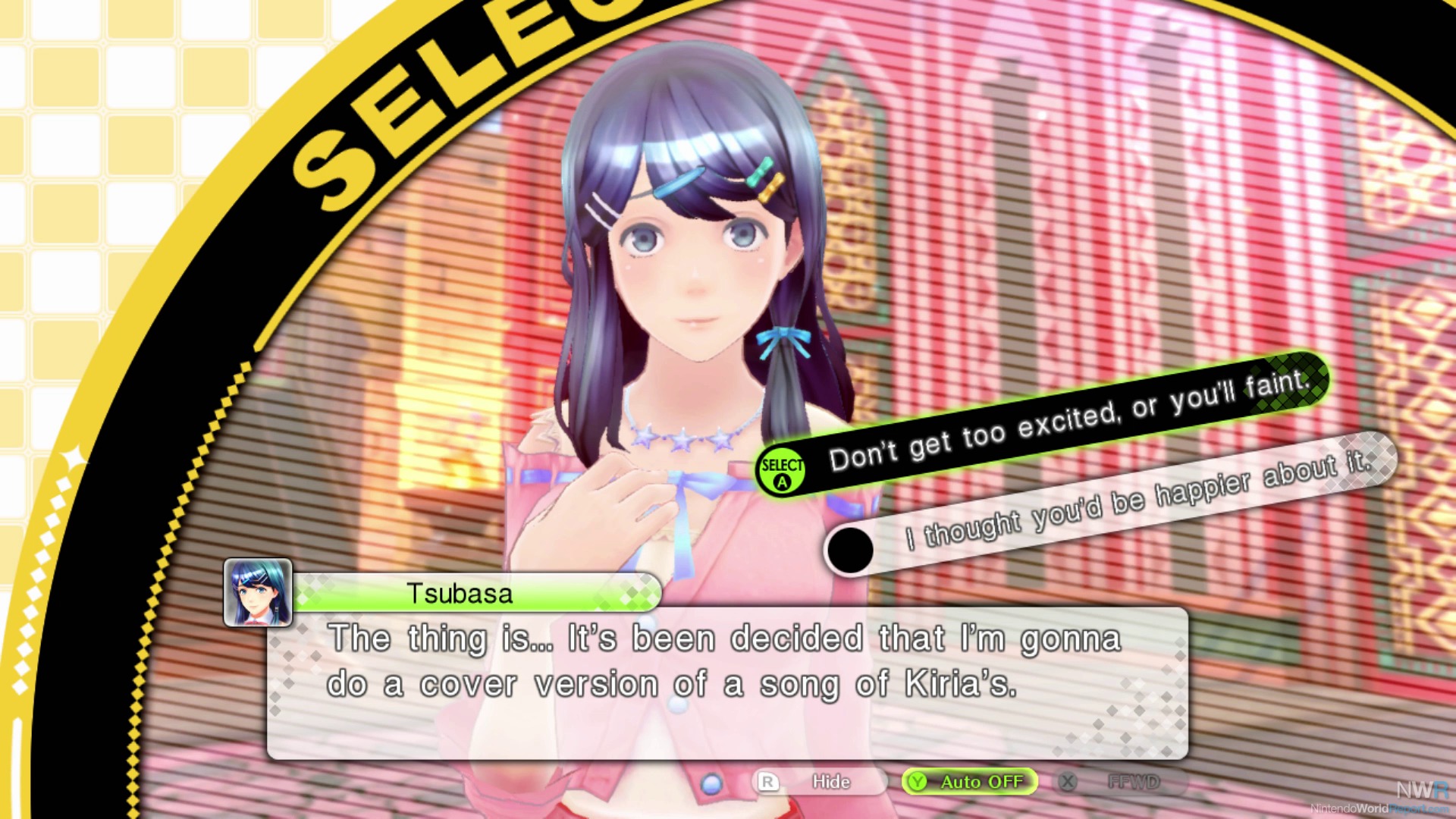 As I use both the Nintendo Switch and Switch Lite these days, I constantly downloaded the cloud save between the two systems. In the long run, I did slightly prefer to play Tokyo Mirage Sessions #FE Encore on television with a Switch Pro Controller at hand. The TOPIC chats, which is how you interact with characters remote, can now be triggered with the +-button. I had to get used to hopping in and out of the screen, but it became second nature real fast. The loading times are significantly better than on the Wii U version. You can easily see this if you use the transport ability to bring you back to the Fortuna Entertainment offices. The game interrupted my current state with no issue, and within seconds I was back to Tiki to upgrade certain abilities that I needed. In handheld mode, it does a teensy bit longer after booting up your save file. This is something you can totally deal with, but it takes longer than I would personally like. Controlling the game with Joy-Con is perfectly do-able, and didn’t cause any issues. The performance, in either fashion, is without any problems as far as I can tell. It runs with a solid framerate without any noticeable dips, and the game looks as colorful as ever.

Tokyo Mirage Sessions #FE Encore is a Wii U game getting a second lease on life. The thing is, this couldn't be happening to a more deserving game. While the new stuff isn't anything to particular shout about, this is still a fantastic game with a great sense of style. The battles are flashy and completely over the top, but something I can get completely behind. The real question is: are you going to help Itsuki and his friends to rise to stardom? You'd better, because you would be missing out on one of the best Atlus RPGs ever made. The road is long, but with highly entertaining interactions and songs, the hours will simply pass you by.

As expected, it sounds like they just took the shoe-horned Wii U GamePad in-game Twitter nonsense and just mapped it to a button, which it always should have been. However, my related concern to that is whether the game still comes to a screeching halt every 5 seconds to make you look at it. Can you shed some light on that?