Two gaming icons reunite to tackle the Olympics together once again

After taking a four-year hiatus, skipping the PyeongChang Winter Olympics, Mario and Sonic make their Olympic debut on the Switch this November. I was able to get my hands on their next adventure together a little early, giving me an idea of how different (or familiar) this entry will be. Rest assured, if you’re a fan of previous Mario and Sonic games, you won’t be disappointed. 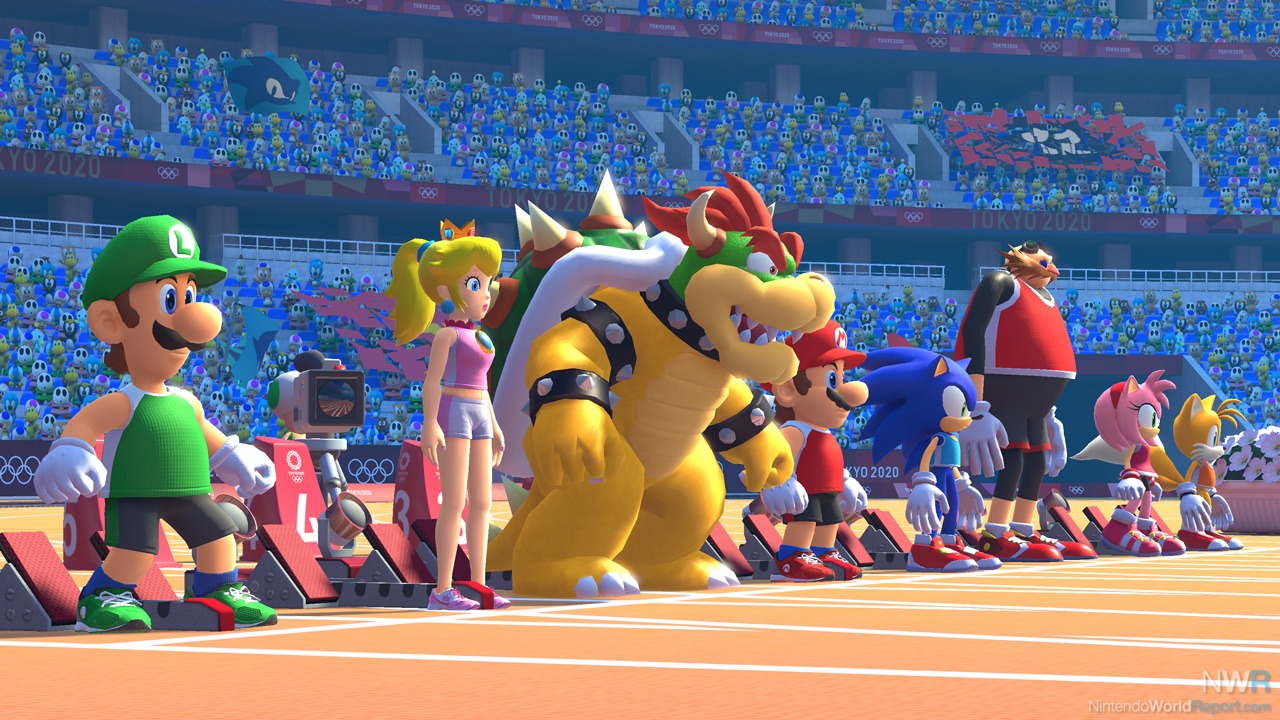 In a lot of ways, Mario & Sonic at the Olympic Games Tokyo 2020 seems to prefer sticking to its roots than advancing the series further. In terms of the 21 standard Olympic events, the majority seem to return from their last Summer outing in Rio. Fencing, table tennis, boxing, football, and gymnastics are all accounted for, as has become standard for the series. They play almost exactly the same as their Rio counterparts, making them familiar territory for veterans. That’s not to say there aren’t any new events, though. For the first time, skateboarding, surfing, sport climbing, and karate have been added to the roster. These events, especially skateboarding, were a lot of fun to play through, with the exception being sport climbing, which I could never get the hang of, no matter how many times I played it. There are also the returning dream events, which were definitely the highlight of my play time. These events only loosely tie to traditional events, with them mostly being minigames that highlight parts of Mario and Sonic’s worlds. For example, the dream karate event takes place on a karate board in the Mushroom Kingdom with the Odyssey behind it. The only downside to these dream events is that there is only a total of three in the game, which is surprising considering the focus they had in previous games.

For those who have never played a Mario and Sonic Olympics Games title, they typically consist of short minigames (typically around 30 seconds long) that test the player’s button mashing or waggling skills. Most minigames support both button and motion controls, which is much appreciated. Although I mostly stuck to playing in handheld mode, the few times I tried using motion controls felt intuitive and I had a lot of fun waving my arms around. Another feature worth highlighting is that all the minigames can be played online. I had the chance to try some of them out online, and the connection was completely stable the entire time. There were no frame drops, no lag, and no communication errors, which was a surprising but welcome treat. Of course, once more people hop onto the servers, the connections may vary, but for all the testing I did, the online certainly looks extremely promising. 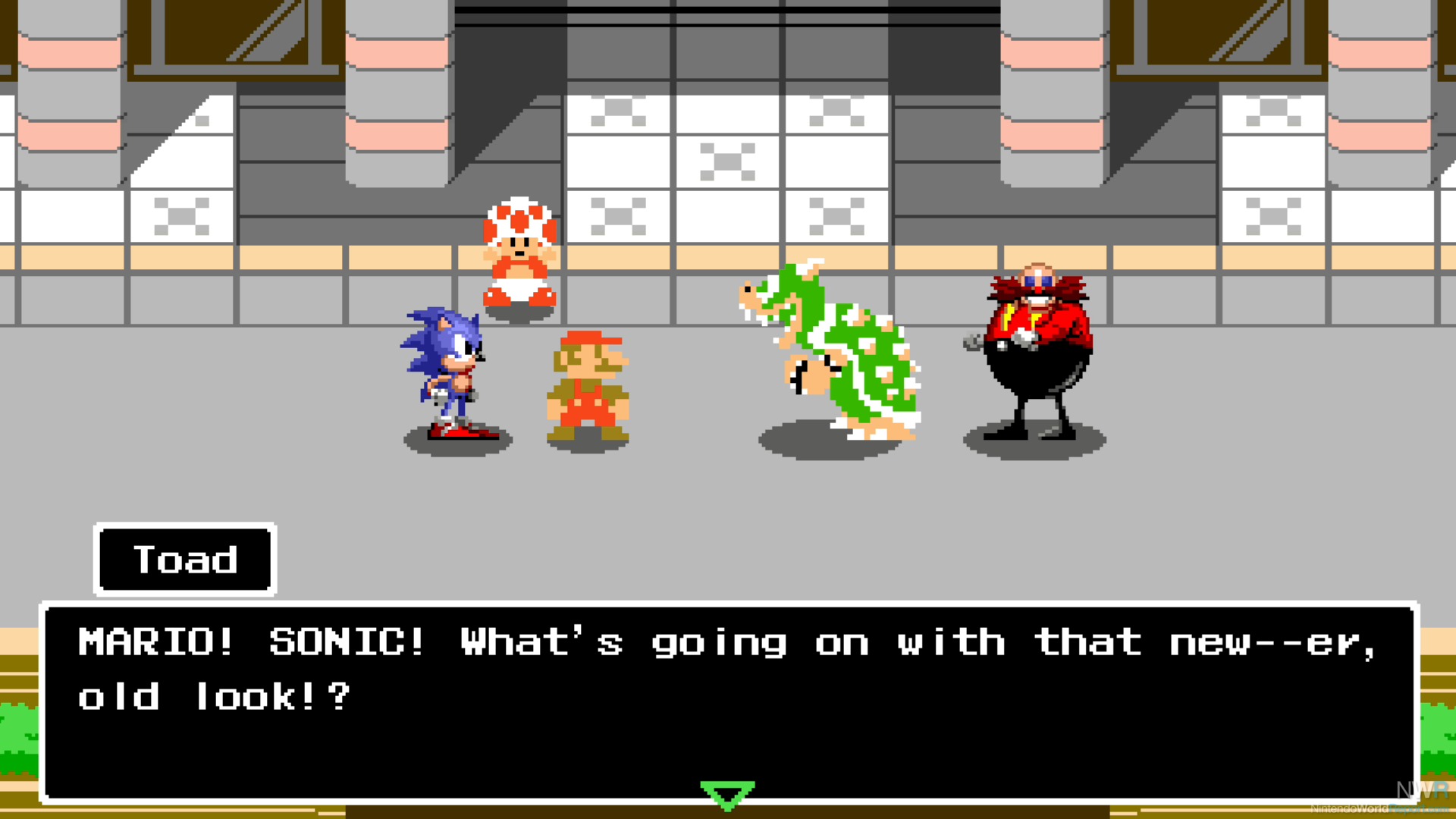 Arguably, the biggest addition this time around is the 2D events themed after Tokyo 1964. These, for the most part, are 8 or 16-bit versions of the traditional events in the 2020 mode. Some, like the 100m, play nearly exactly the same as their 2020 counterparts, while others, such as shooting, are completely unique. As novel as this idea was, the minigames were extremely simple, more so than even traditional Mario and Sonic events are, which made the novelty wear thin extremely quickly. As cool as it was to see 8-bit Mario and 16-bit sonic racing each other, the baffling decision here was that out of the 20 playable characters, only eight of them can be used in these 2D events. I was looking forward to seeing an 8-bit Daisy doing the hurdles against 16-bit Metal Sonic, but instead you’re stuck with the familiar Mario, Luigi, Sonic, Tails, Bowser, Peach, Eggman, and Knuckles. This was a huge missed opportunity to reimagine some of these modern characters in classic form, and I really wished that, for as much of an emphasis as the game puts on 2D events, there was more effort put into making the events stand out 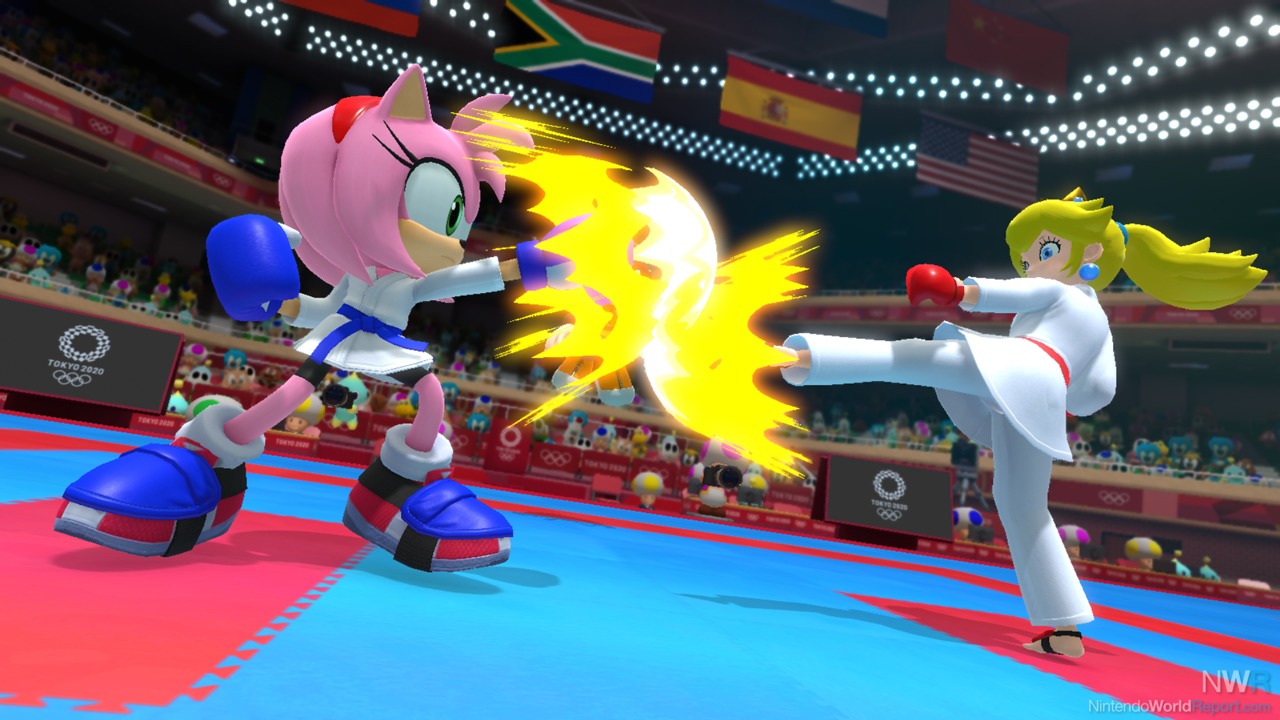 One of the other great additions that was added was a full story mode. The story follows Mario, Sonic, Bowser, and Eggman trying to escape a game based on the 1964 Olympics, while Luigi tries to save them from the game in 2020. The plot simply gives an excuse to play through all the game’s events, but, from what I played, it was an enjoyable time. The dialogue between characters was very cleverly written, too, making each character feel unique from one another while not straying away from what gives each one personality, such as Sonic’s attitude. Story mode has a full world map to explore, with each location in Tokyo being explored in a little area that allows you to talk to some Toads and Animals. Here, the game tries to teach you a bit about Tokyo and Olympic history, which most Mario and Sonic games try to do. These were really interesting and never forced upon me, making them a dun distraction from the main event . The only downside of the mode was that it was incredibly easy. There were times in events where I performed terribly yet still would crush the opponent by a huge margin. I know the game is directed at a younger audience, but a difficulty option would have been really appreciated.

Overall, I had a lot of fun with Mario & Sonic at the Olympic Games Tokyo 2020. For as basic as it is, with the right group of people, there are sure to be some enjoyable moments with this entry. If you enjoyed previous games in the series, you won’t be dissatisfied with this one. For as little as it innovates, there still seems to be a quality package here, and for as weird as the crossovers are, the quality of these games should not be understated.