The unlikely duo returns for a platformer of very DKC epic proportions! 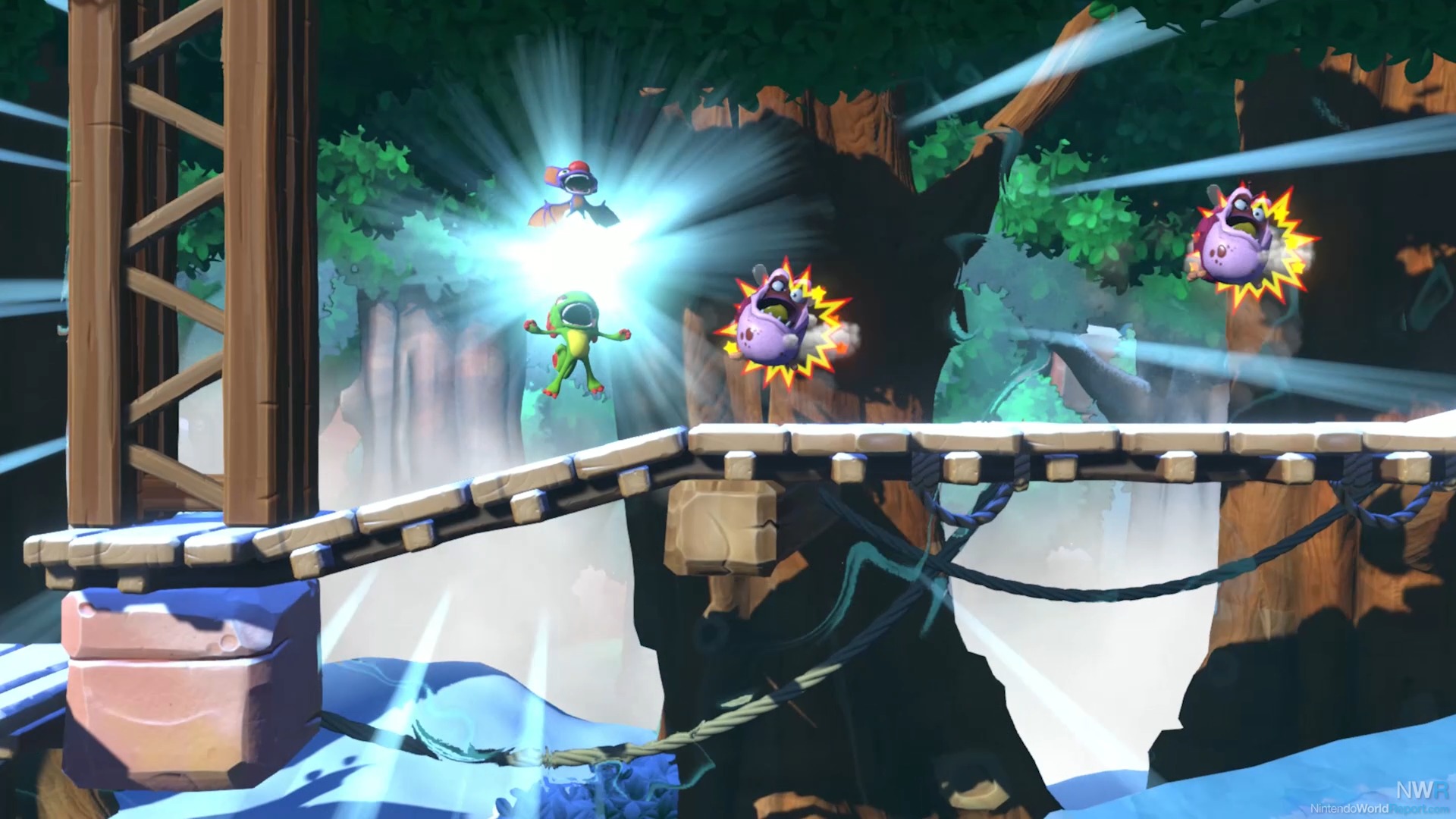 The original Yooka-Laylee was enjoyable, but not the best game I've played. I wanted to relive the Nintendo 64 era platformers without all the problems that come along with it. Unfortunately, a clunky camera and a barrage of smaller issues held the game back overall. Thankfully, Playtonic Games have no intention of sitting around and letting the wonderful universe they’ve created go stale. Yooka-Laylee and the Impossible Lair continues the story of two, but in quite a different environment. The game, a 2D platformer in the style of Donkey Kong Country, brings a focused product in more ways than one.

In Yooka-Laylee and the Impossible Lair, the unlikely pair are summoned by Queen Phoebee. Capital B has taken over the Bee Kingdom, using his evil Hive Mind device. The Royal Beettalion, which usually helps to keep the world from falling apart, have all flung into different levels and need to be saved. Well, technically. You see, Capital B has made his most devious invention yet: the Impossible Liar. He is also so confident that no one can reach the end that he left the door wide open. The liar, which is an actual level, is about four times longer than any stage found in the game. It also includes every enemy and trap that you will encounter throughout the adventure. Yooka, with the help of Laylee, can usually only take two hits before it is game over. To survive, the duo will need the bees as a way of protection, so finding every bee is the best play here.

Along the way, you will find that most of the original cast plays a new role within the Bee Kingdom. The humor was very enjoyable in the original, but even better here. The writing overall is sharper, and brings in no shortage of bee related puns. Between my time on both the private and public demos, Yooka-Laylee and the Impossible Liar had me elated and hopeful that the game remains strong throughout its more focused running time.

This is also very true from a gameplay perspective. With the Impossible Lair being a 2D platformer, you take linear paths to the finish. As you might expect, the game takes a lot of cues from the Donkey Kong Country series, but only in the most positive ways. The action feels very fluid and mistakes made are always a product of your own choices, and nothing else. Players will run, jump, thwirl and roll themselves through a variety of environments. The rolling in particular is just a lot of fun as you can continue until you run into highly placed obstacles. There are a lot of momentum based moments here, and those feel incredibly satisfying to pull off. The placement of enemies is well thought out, and it’s easy to tell that they had platforms or certain points of interest in mind. 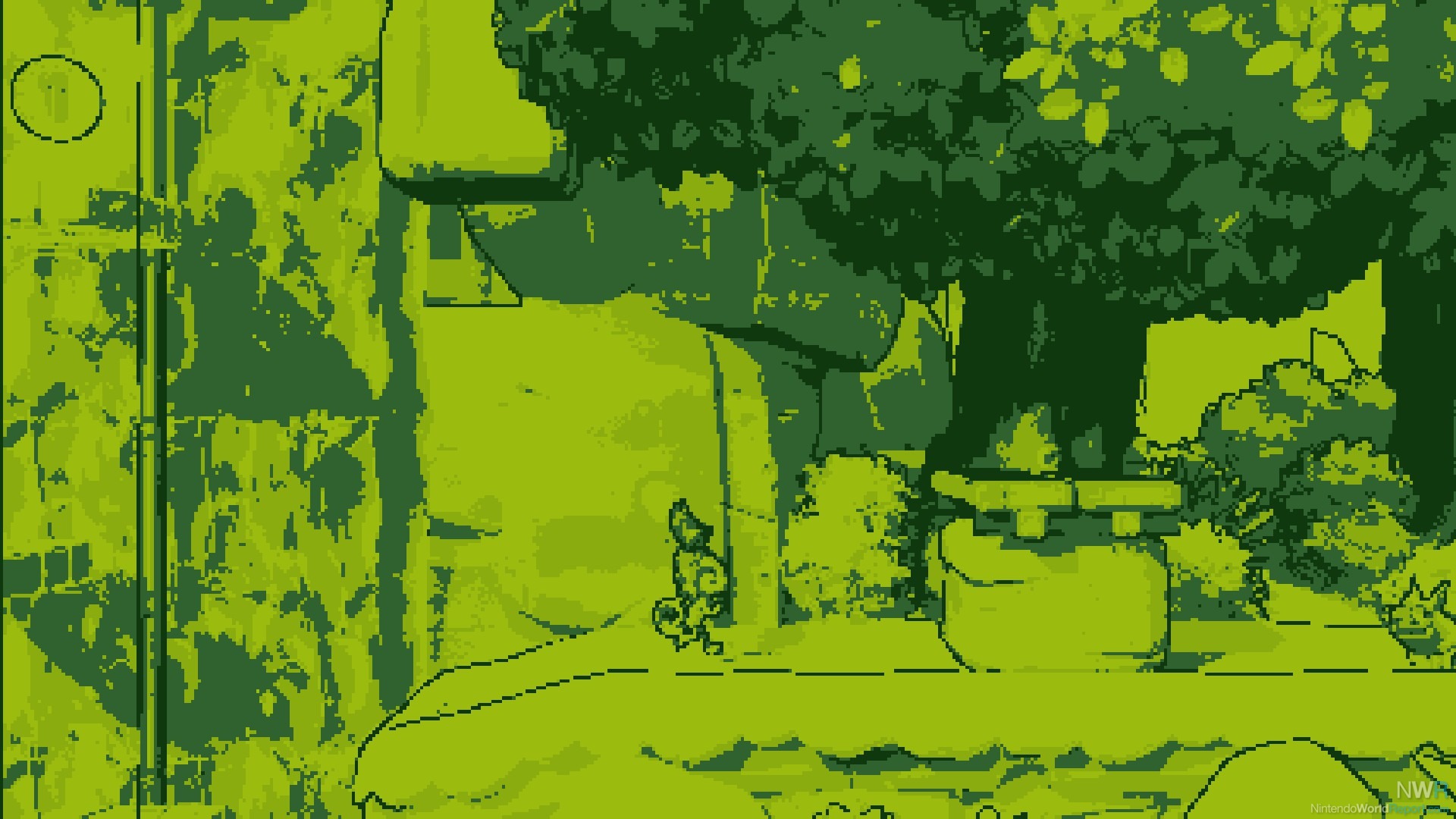 The biggest takeaway is that the focused gameplay is a lot more fun to replay. Not only do you get your moments of glory, but there are fun puzzles present as well. The stages offer multi-colored Quills that each offer unique challenges for more regular feather currency. For example, yellow Quill has a trail of feathers behind them, which you have to capture in time. If you are successful, a Golden Quill is rewarded as a result. To name another occurrence, the Red Quill will drop a large amount of normal Quills to throw you off. The trick is to keep following them so that they will burst and drop tons more across your immediate surroundings. Another collectable are five coins are spread across the map. They are sneakily put in hard to reach places, so some quick thinking will certainly be required to get the most out of the stage at hand. Directly in the first level, there is one coin that you can only reach if you don't destroy an enemy instantly and wait until the right moment to jump on top of him.

In addition to the 2D gameplay that I really adored, there is a 3D overhead map that is completely interactable. If you remember the HUB area of the original, you kinda know what to expect. The map in question is filled with hidden trinkets, additional challenges and even enemies to find out. This makes the road to the next level not static, and a rather nice diversion from the regular gameplay. By pulling off certain stunts in the environment, you can force the level to change completely as well. By freezing the book that a level can be entered from, it completely changes into an ice based stage. Another trick sees you throwing tons of enemies into the book, changing it into a speedrun level. The good news is that these souped up levels have their own bees and coins to find, allowing you to find new ways to play.

New to Gamescom 2019 build were the Tonics, which are the collectables in the 3D overworld. The Tonics are effects that can be applied to Yooka, which make a return from the original and add a lot more elements to change up the game. The effects of these drinks are both positive and negative, and will impact how much Quills you will be able to collect throughout a stage. For example, you can decide to make everything go at double speed, forcing you to handle the level in a different way. There are also filters including modes inspired by the Game Boy, NES or the silhouette levels from the more modern DKC titles. Other effects offer screen clearing moves, more room for error, a big head or a suit that straight awards you more Quills. With over 60 effects to choose from, there is a little something for everyone. The best part is that three effects can be applied at the same time, making for some highly entertaining results. 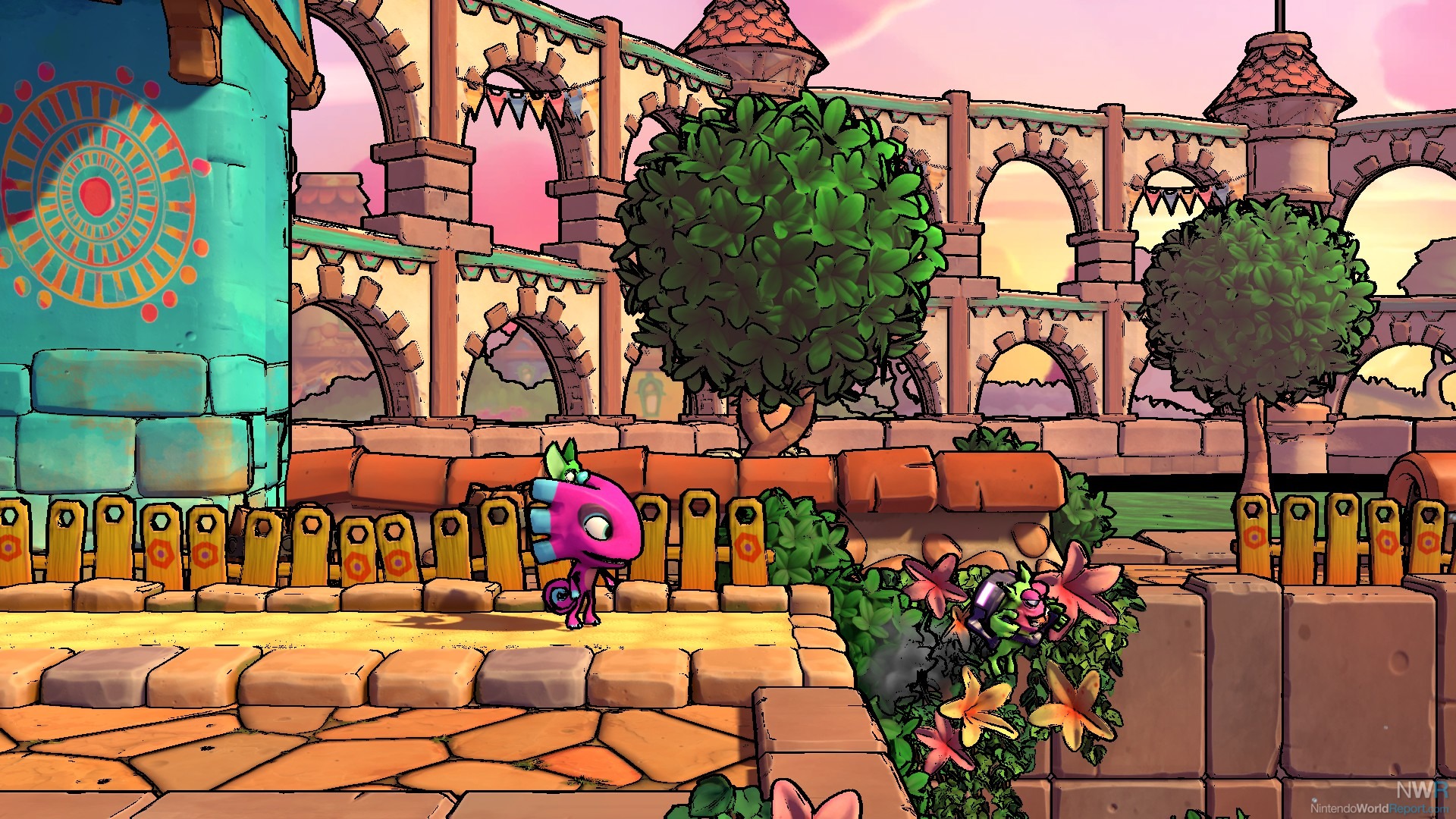 Yooka-Laylee and the Impossible Liar looks rather great too. The backgrounds and character models in particular look absolutely stunning while going through the levels. It is clear that a lot of time was spent brushing up the game, all the while getting the most out of the 2D platforming style they chose. The effects that the Tonics add are well polished too, ensuring that the level can still be viewed at a glance. Throw some fantastic tunes on top of that and add to the goofy attitude, and you get something that is worth paying attention to. This Yooka-Laylee follow-up just feels solid on every degree.

When it comes to third-party games on the Nintendo Switch this year, Yooka-Laylee and the Impossible Liar is on the top of my list. I love the Donkey Kong Country style platforming, and this game leans real hard into that. It captures the spirit of those games, while adding the sillier attributes from the original Yooka-Laylee. The fun characters, Tonics and overall flair are well suited editions to the formula that I can't stop gushing over. Yooka-Laylee and the Impossible Liar releases on October 8, and that day can't come soon enough for me.

I'm surprised how soon this one is coming out. I do hope that they do return to the 3D style in a later game because I think with a do-over applying lessons they learned from the previous title they could really hit that BK formula on the head.

Yes!  I'm glad there's at least one other person excited for this game.  It looks killer, I love the 2D / 3D combination and I have faith in Playtonic's growth over the last few years.  Can't wait for Oct 8th!