It's the best Tony Hawk game I've played in years.

The Mario and Sonic Olympic games skipped South Korea a couple of years ago due to Steep and Dr. Eggman getting banned with the rest of the Russian Federation, but both the Russians and the crossovers will be back in Tokyo. The E3 demo has a bit of bias toward the extreme sports, which aren't full Olympic events (yet) but make for a solid demo. 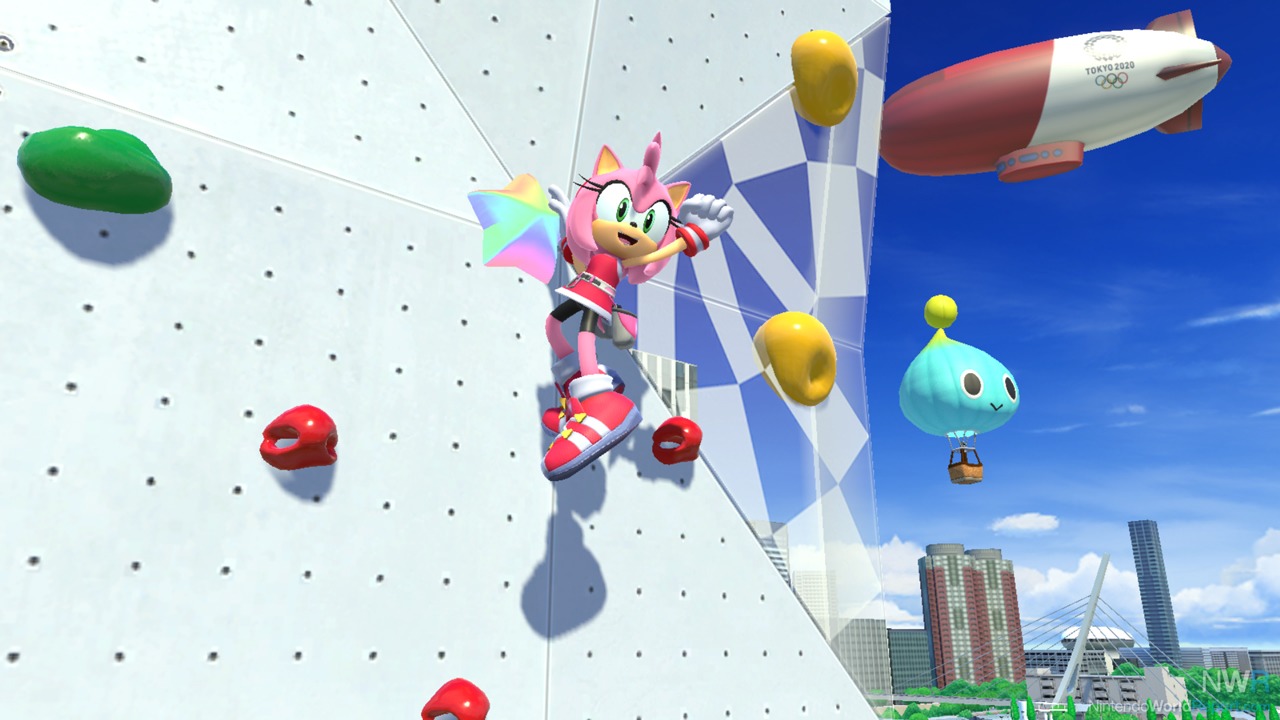 We had the option of six playable characters in the demo: Mario, Peach, Bowser, Sonic, Amy Rose, and the aforementioned Dr. Eggman. Medals were available in surfing, karate, skateboarding, the hurdles, and archery, but we focused on the first three. The Karate competition is a very basic fighter, but grades not only on the ability to connect with strikes (the first to 10 wins) but also on the ability to block and build meter for a super move. It's certainly not going to replace Smash in the "have Mario and Sonic beat each other up" world, but it might be good for a laugh or two.

Surfing and skateboarding operate in a similar matter: use the analog and A to do tricks. The surfing felt familiar to me as someone who ground out points in Mantine Surf, but the first time through we ended up settling for silver as it felt random when the sessions ended. The second time through, it was a lot more comfortable and I was able to rip off some big super moves. 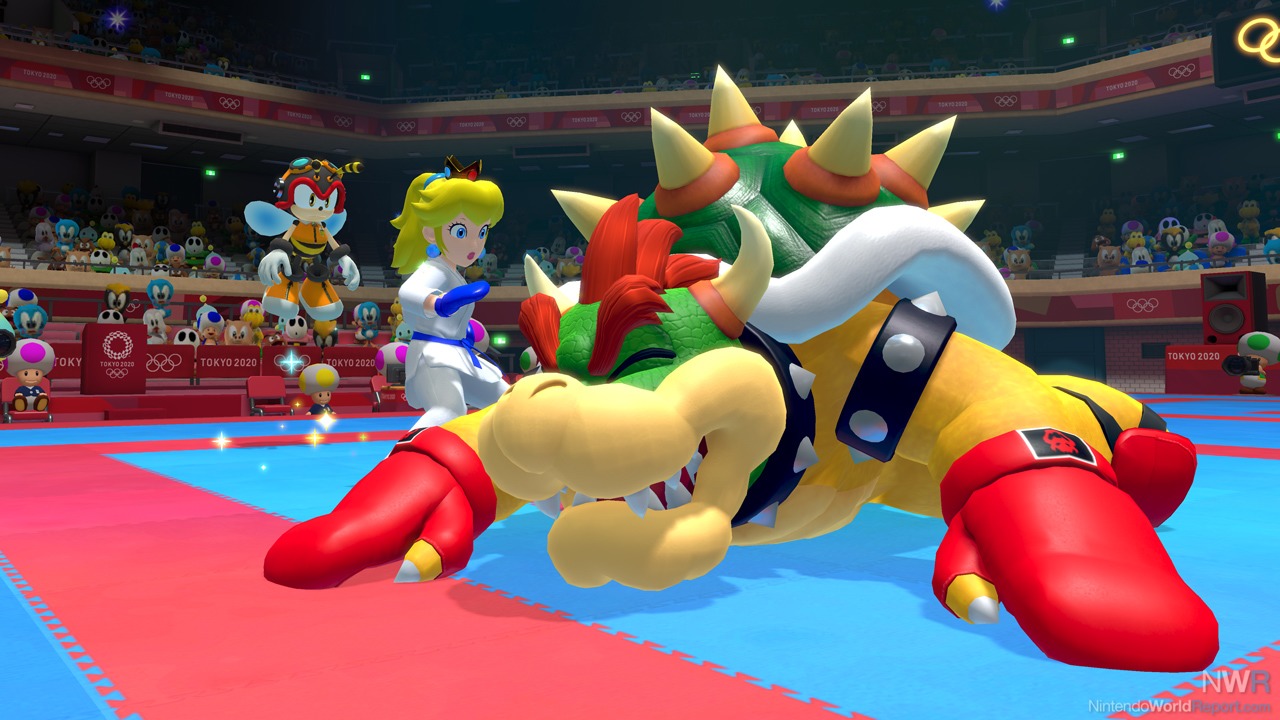 Skateboarding was the best version of the sport I've played since the demo disc for PlayStation that had the Tony Hawk 1 demo. The button controls with a set of Joy-Cons in the grip instantly clicked with me, and I was able to rip off a perfect round, grinding and flipping like a crazy person. Although the motion or hybrid button/motion controls are available, I suspect I'll be sticking with the buttons going forward.

Most of the sports and characters were unavailable, but what I played of Mario and Sonic makes me curious as to how the rest of the game will play in November.

That PS1 disc with the Tony Hawk demo was my jam!  Me & a friend would play that Warehouse level all night!