Grab a buddy and get your magic on! 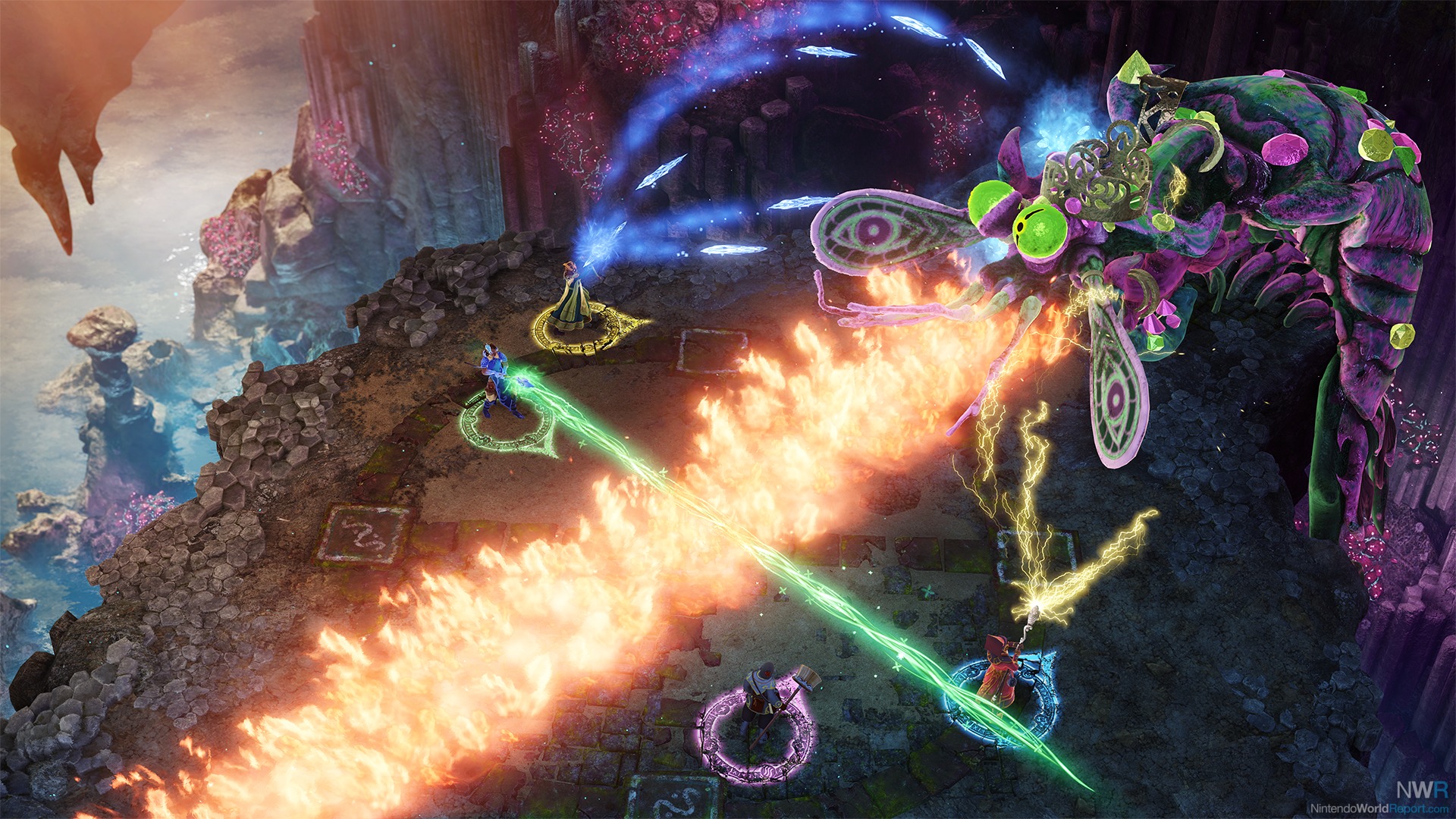 After first getting a look at Nine Parchments in video form earlier this year, the idea of getting to play a top down action co-op game on Switch was super appealing. Tucked away in the indie section of Tokyo Game Show, developer Frozenbyte had a Switch version of the title up and running with four controllers on standby. Even though I was by myself at the time, I got a chance to play co-op with the PR rep.

The TGS demo starts out by letting you pick your character. From there, you’re able to choose other items such as different staffs and hats. While the staffs and weapons will make a difference with attacks, the hats are purely cosmetic. After choosing an old rad looking wizard, we made our way into the demo stage. 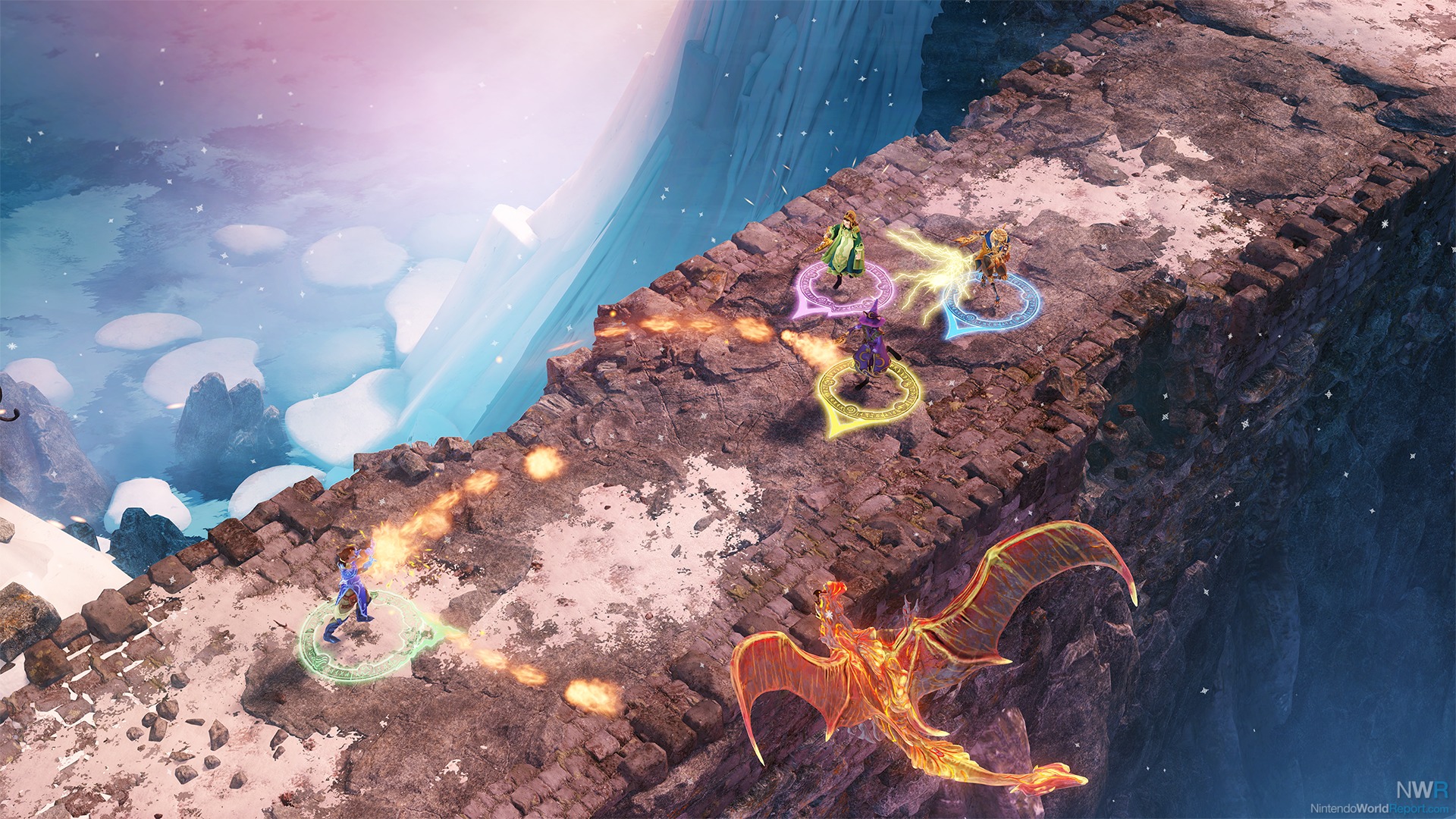 Nine Parchments controls like a twin stick shooter where the left stick controls your character and the right stick controls where you send magic attacks. There is a melee attack as well, but during my time with the game, it never really proved very useful. Characters also have the ability to jump and to perform a teleport dash. The dash is really fun to perform and can be extremely useful to teleport past enemies or just generally add some extra speed to your movement. To prevent players from spamming this, it has limited use.

Like the dash, attacks also have limits to how many times you can use them before they have to refill. Three different magical attacks were open to me - a fireball attack, an ice attack, and a laser-looking kind of attack. It behooves the player to choose specific kind of magical attacks depending on what kind of creature you are facing. For example, if you’re facing an ice based enemy, you’ll want to use a fire attack. If you find yourself dead like I did multiple times in the demo, your friends can revive you by stepping near the general area of your dead body. If that player stands in this area for a certain amount of time (which is represented by a circle that fills up), you will be revived.

Visually, Nine Parchments looks pretty good and the framerate is smooth. The game is set in the same world as the Trine series and you can totally see the similarities in the art style. Unfortunately being on a busy show floor, it was kind of hard to gauge the sound. 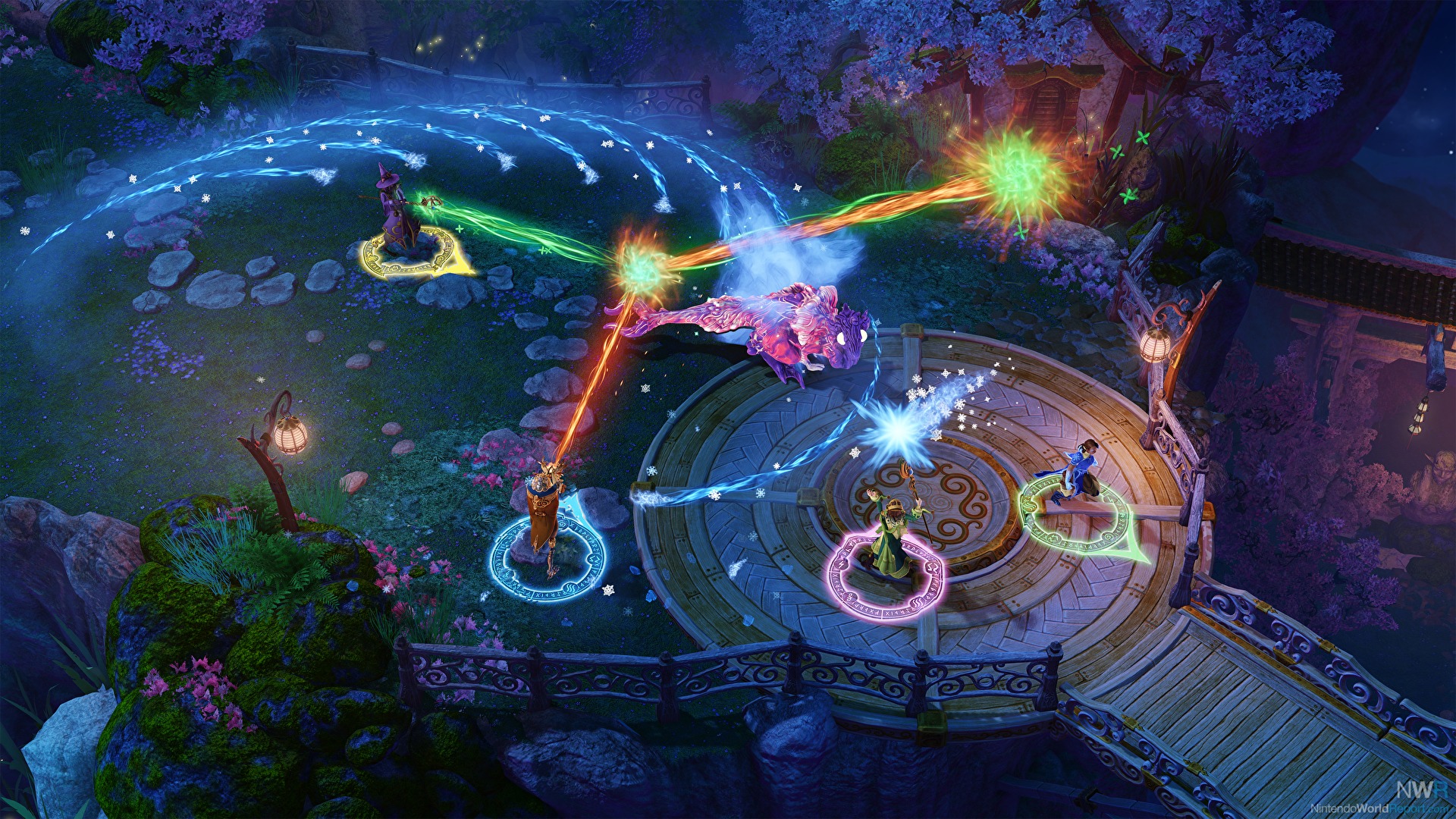 Nine Parchments is promising lots of customization options, up to eight playable characters (with multiple variants), around 50 spells and co-op with up to four players. The game looks and plays well and is really easy to jump in and out of. It definitely seems like it would be quite fun to play with some buddies on or offline. Nine Parchments is set to release on the Switch this year.

Cross posted from The Famicast