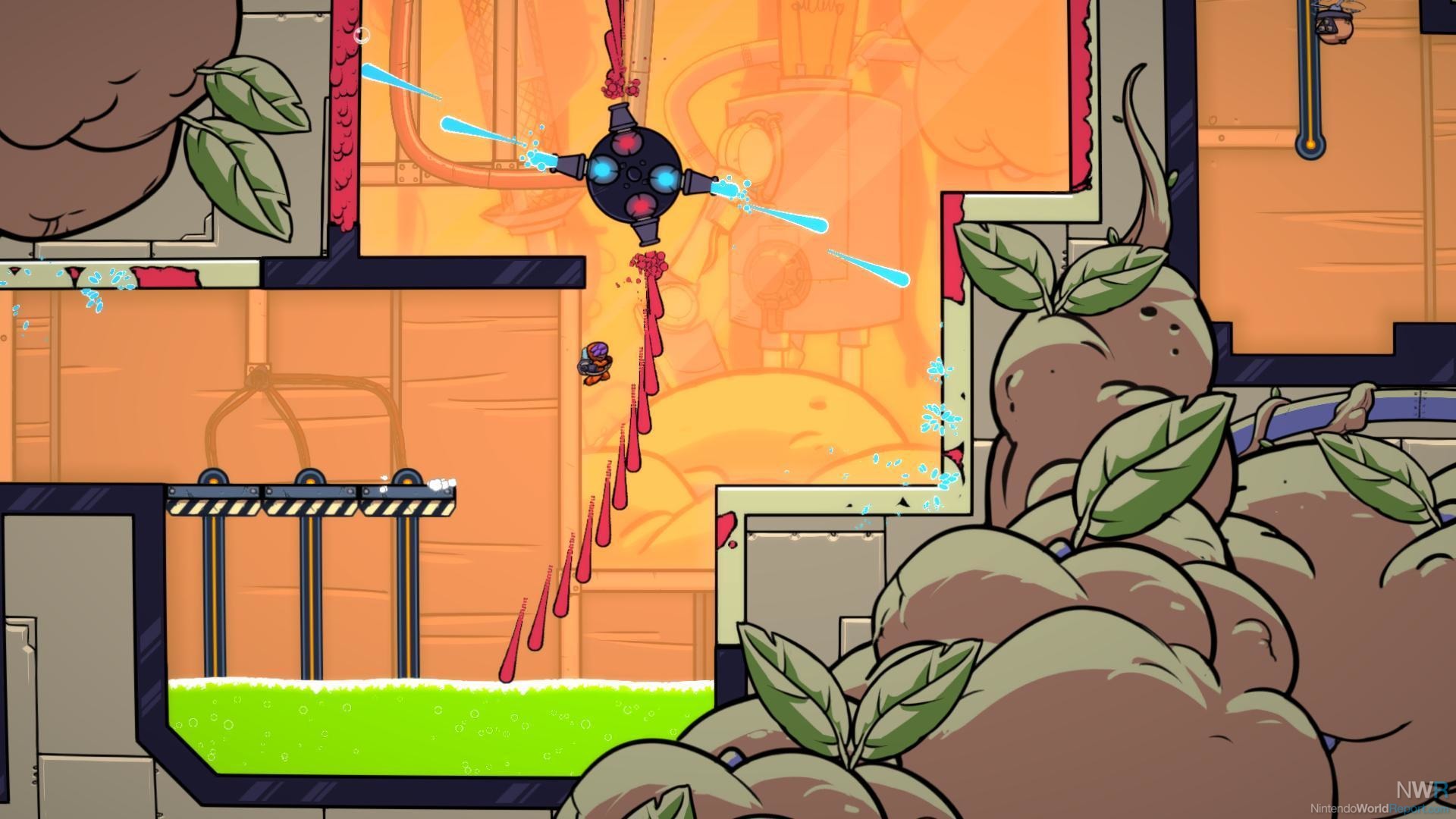 Splasher is a fast paced 2D platformer from publisher Playdius and developer Splashteam which is made up of former Rayman developers. Equipped with an ink shooting cannon, players control the purple haired protagonist through beautifully crafted 2D stages waging war on a paint factory that has enslaved its workers. While the game doesn’t have a solid release date for the Switch just yet (it’s coming to PS4, Xbox One, PC and Mac on September 26), Japanese publisher Flyhighworks had Switch versions of the game running in their booth at Tokyo Game Show this year. Of course, I had to give it a try.

The demo starts out in a 2D hub world that contains different doors that you could access to enter individual stages. I got to play through half of the ]stages that were unlocked. It’s a very Kirby-like in terms of layout as the doors for the levels are spread out through the hub.

The controls in Splasher are super quick and feel great. There are also several interesting elements that help set it apart from most platformers on the market. Throughout the stages, you will come across areas that are covered in paint. If you jump on a wall or ceiling covered with this paint, you will stick to it and be able to traverse just as quickly as you would while moving normally. While these pink colored splattered walls gave players this ability in the demo, yellow covered areas gave players the ability to bounce at higher trajectories than they could normally jump. According to the developers, several other abilities like this will become available to players the further they get into the game.

There is also a bit of a shooting element to the game. While the use of the cannon was minimal in the first few levels, there were some interesting uses other than just shooting baddies. Of course you still shoot some bad guys, but just as often you’ll be using the cannon to help you hit switches and or other items to make progress. One interesting encounter I had was when I came across a huge wall that I could move by shooting a switch. As the wall moved, it ran into enemies and eventually crushed them into a wall of spikes. 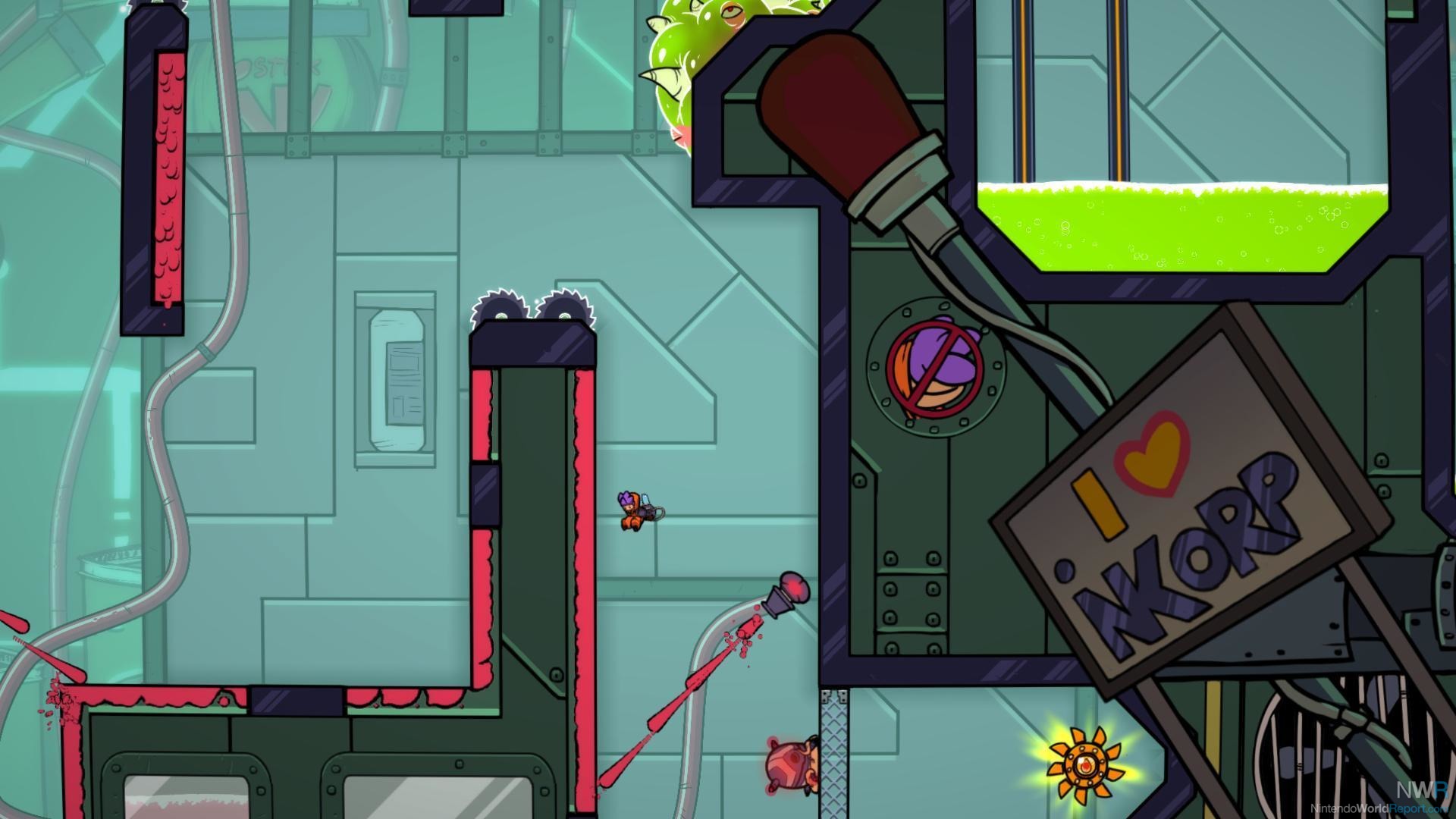 The visuals are very colorful and vibrant and the animations are crisp and well done. The game also runs super smoothly and I didn’t come across any hiccups in the framerate. This is super important considering that the stages have a speedrun mentality to them.

What little bit of Splasher that I played on Switch was a pleasant surprise. The game’s brisk pace matched with challenge and the slime mechanics of climbing all over the surfaces was really fresh and entertaining. It’s basically Super Meat Boy with a gun and the ability to run on walls and ceilings. There’s no official release date for the Switch version just yet, but hopefully it’ll reach a Switch near you really soon.