It almost makes up for the ghastly delay of Rayman Legends. Almost! 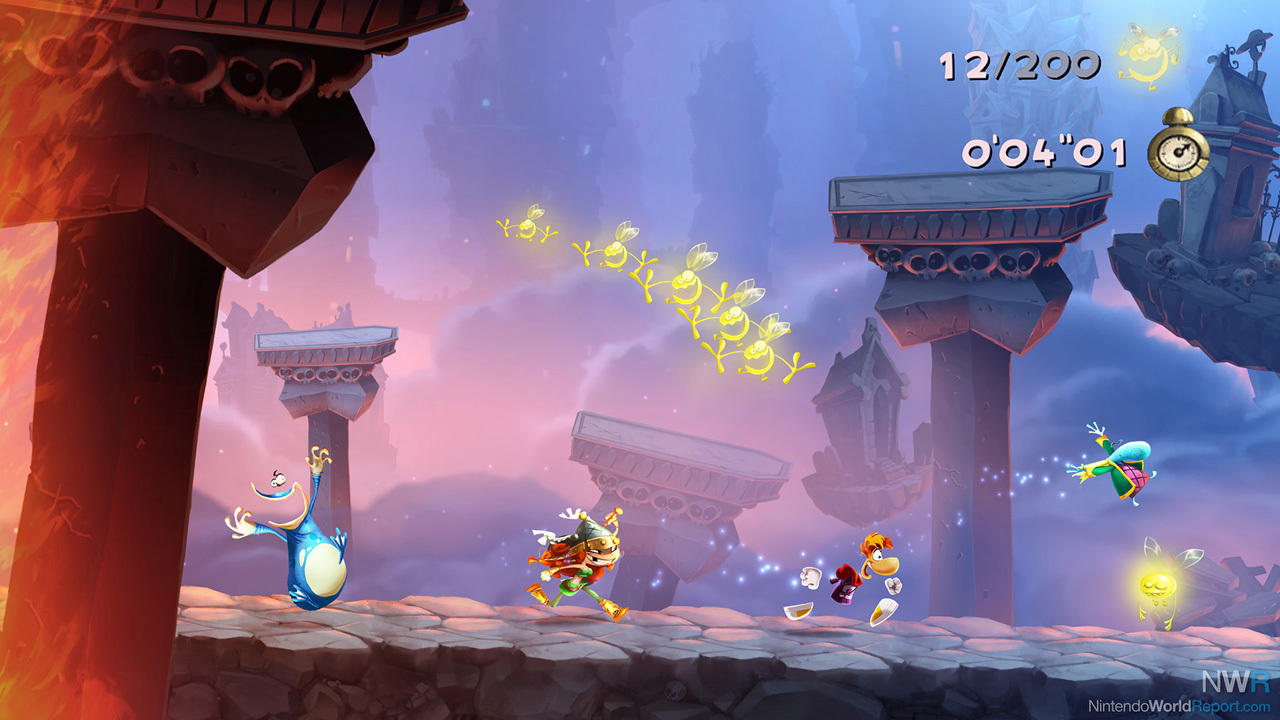 The delay of Rayman Legends in order to sync with the PS3 and Xbox 360 releases was upsetting to some people, to put it lightly. In the vast and oppressive Wii U drought of early 2013, Rayman Legends was a shinning beacon of hope, reminding everyone that the rectangular box could do more than just stream Netflix or Hulu. That changed, however, and Wii U owners were noticeably perturbed, with many saying they would boycott the game altogether. In order to quell this uprising, Ubisoft announced an exclusive, free release for the Wii U: the Rayman Legends Challenges App. And hey, it's actually pretty good!

The app is a really beefed up version of the demo released earlier in the year. In it, you have the three levels included in the aforementioned demo as well as daily and weekly challenge levels with leaderboards. These challenge levels are the crux of the app and have you completing different tasks such as collecting a certain amount of lumes as fast as possible, surviving a never-ending stage as long as you can, and racing to a finish line in shortest amount of time. The extent of level and challenge variety is still unknown, but everything has been unique enough to warrant daily play.

You control either Rayman or Murphy, the new touch screen-based character, in the challenge levels. With Rayman, you use standard platforming controls to race through levels for high scores, wall-jumping, dashing, and attacking along the way. The Murphy levels leave Rayman in the hands of the AI, while you tap and swipe the GamePad's touch screen to move levers, adjust platforms, cut down rope, and kill incoming enemies so Rayman can progress.

These levels can also be played cooperatively, with a friend using a Pro Controller to take control of Rayman while you handle Murphy. This is an interesting gamble. Your friend can coordinate strategies with you and even adjust on the fly if, for example, you don't move a platform close enough and he needs to use his hover jump to reach it. The AI Rayman would certainly miss it and fall to his doom. On the flipside, this opens up the door for human error, and jumps that the AI would make perfectly might end in defeat as your friend loses momentum and can't bridge the distance. Playing with a friend definitely changes the experience. 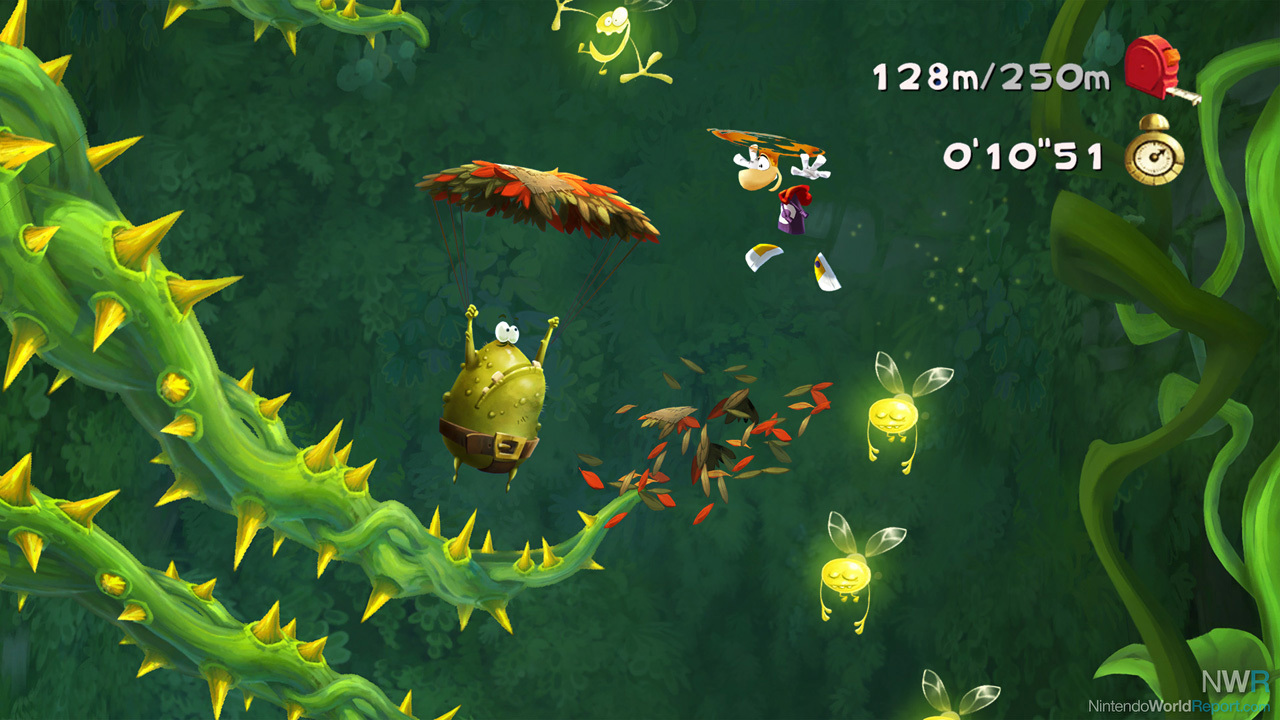 On that note, having plenty of Wii U friends will determine your mileage with the Challenges App. The daily and weekly challenges are fun, but unless you have a goal in mind, such as my own goal of crushing our own Patrick Barnett every single day, you won't get more than a few minutes of use out of the app each day. Having friends whose scores you want to beat will more than likely result in hours of retrying the same level. I've spent the past few nights staying up way too late in order to best Patrick's scores.

The Rayman Legends Challenges App is an appreciated olive branch from the folks at Ubisoft. Does it completely erase the fact that Rayman Legends, a game that is complete as we speak, isn't in our hands? No, it doesn't. And who knows, the daily and weekly challenges might have been a feature in the full game that Ubisoft simply plucked out to appease fans. Regardless, there is no denying that the Challenges App is a lot of fun, assuming you have friends to compete with. For the paltry price of absolutely free, it's hard to complain. Download the app, beat Patrick's scores, and settle in for the long wait until September 3. That's my advice, anyway.

I've been putting easily 1-2 hours into this app since it released.  You are absolutely correct in suggesting that the more friends you have playing and competing with, the longer and more enjoyment you'll derive from a demo most have already played to death.


The way stats are tracked and are instantly comparable to your friends vs the entire world and everything in between is really nice.  When doing a challenge, the next 4-5 records closest  to yours are revealed and the hurdle to beat them is always so low that you are compelled to eek out one more lum or shave off 1/10 of second from your run. You can also send friend requests in game by looking up people's profiles on the leaderboards.


The gameplay is a lot of fun and the murfy levels are the best endless runners I've played that required only one finger.  What I especially enjoy is that replaying the challenges and trying to figure out ways to get further ahead really makes you appreciate all the level design, enemy placement, and nuanced interactive secrets in the back and foreground (slapping bugs on walls. jingling skeletons, and tickling enemies before they die all garner extra lums.)


I urge everyone who owns a Wii U to download and try this out, especially if you have other friends who play. This demo in its complete form is another game that really brings the strengths of the WiiU to the forefront.