The only Wii game we played at Tokyo Game Show.

One of the bigger areas in Level 5’s booth was dedicated to Inazuma Eleven Strikers, the first Wii game based on the highly popular football (soccer) anime show.

The line was split into two sections, one for multiplayer with a friend and another for playing against the CPU. The former had a long line, whilst the other had none. I tried asking a booth babe to be my “friend” to no avail; I guess other people had had the same idea for cutting the waiting time.

While I was waiting I watched the trailer for the game, which showed two Elementary school kids running down the stairs screaming with excitement, only to join their parents who were similarly over-enthused. Then they all picked up Classic Controller Pros and started to play the game. I thought this trailer was interesting on two fronts: first of all, they show the game as some sort of family bridge title, and secondly the family is not using Wii Remotes at all. 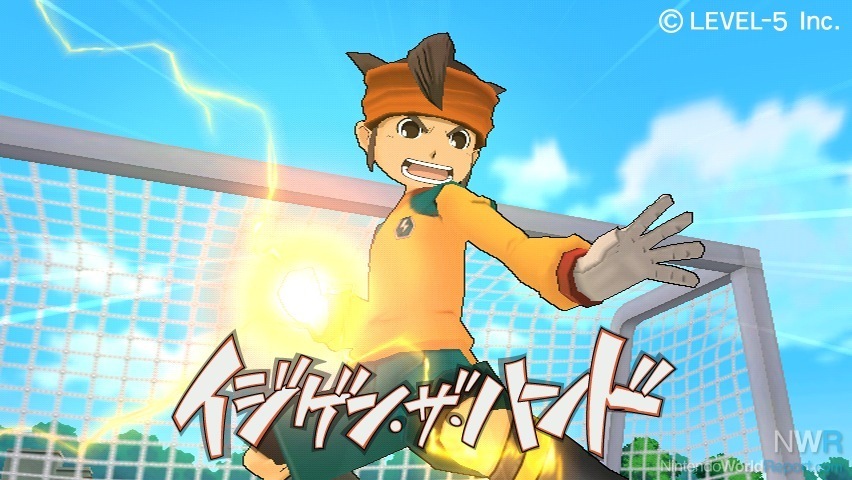 After I’d watched the trailer about six times, I finally got to play the game with a Classic Controller Pro as expected. You could only choose two teams, Inazuma Eleven or their red-shirted rivals with angsty haircuts. Next up you chose two players that you’d like to control, and naturally I picked the strikers. I imagine fans of the series will have fun arguing over who gets to control their favourite characters from the show in multiplayer matches.

The controls are simple: B for shooting, Y for passing or tackling (depending on if you are on attack or defence). The only other button used is R1, which invoked a kind of rage mode, during which your character runs at high speed whilst seemingly on fire. This kind of felt like a ‘win button’, as no one could touch you and you can turn it on at will, without any sort of charging-up required.

This could have just been for the TGS demo, as they surely wanted people to score lots of goals and have fun with the game during their limited playtime.

Funnily enough, there was actually a second "win button". The shoot button could be held down and charged until a meter at the bottom started flashing, and when released it would break off into a cutscene in which your character would be guaranteed a goal.

I spent the entire match on fire, shooting off unstoppable fireball-powered balls at my opponent, scoring from the halfway line at times. It was incredibly easy, and I actually started to get bored when it reached 10-0. My rivals barely had a touch of the ball and I actually felt embarrassed for them, so I let them keep the ball for a bit to see what they would do with it. 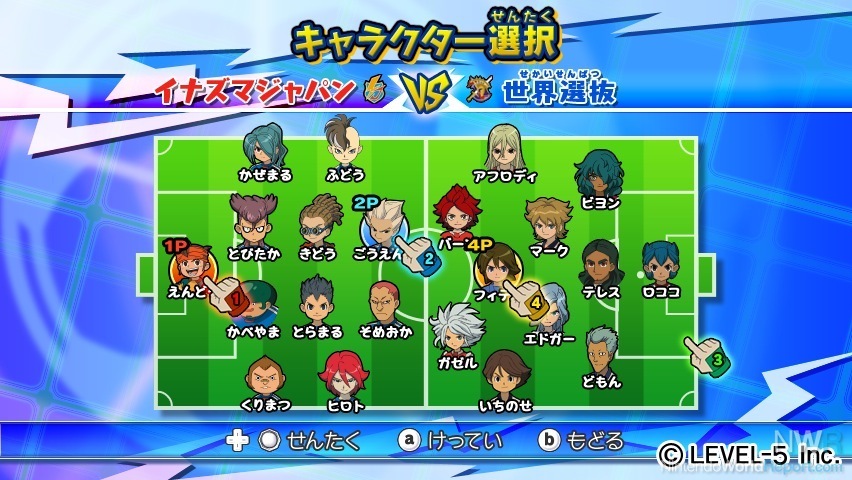 Sure enough, after a while one of my rival’s players charged up a kick and let loose a screw-powered shot which seemed to destroy half the pitch as it hurtled towards my goalkeeper. I thought they’d have at least one goal, but Level 5 had clearly put the CPU settings to ‘cannot fail even a little bit’, because my keeper slammed his fists into the ground causing an earthquake to deflect the ball.  At the velocity it was going, it probably landed somewhere on the moon.

If I’d had more time with the game, I might have restarted the match and picked different characters to see what their abilities and flashy cutscenes looked like. Watching other people and the trailer, it seems like each player has their own unique ability; it’s just a shame that they only appear to have one.

I’m not sure that limiting players to two characters is such a good gameplay choice, as I’d prefer to pass the ball around to my teammates and give them a chance to score with their unique special move. When I passed to other CPU players on my team, they would just run around randomly and more often than not lose possession, giving me no other option than to hog the ball all to myself. In the demo it felt very repetitious to just use my two guys over and over; that’s not what football is about, and is not typical of most videogame representations of the sport.

It seems like Level 5 is going for a Mario Strikers-style game, but simplifying it even more by forcing everyone to choose one character and sticks with them so they always know whom they are controlling. 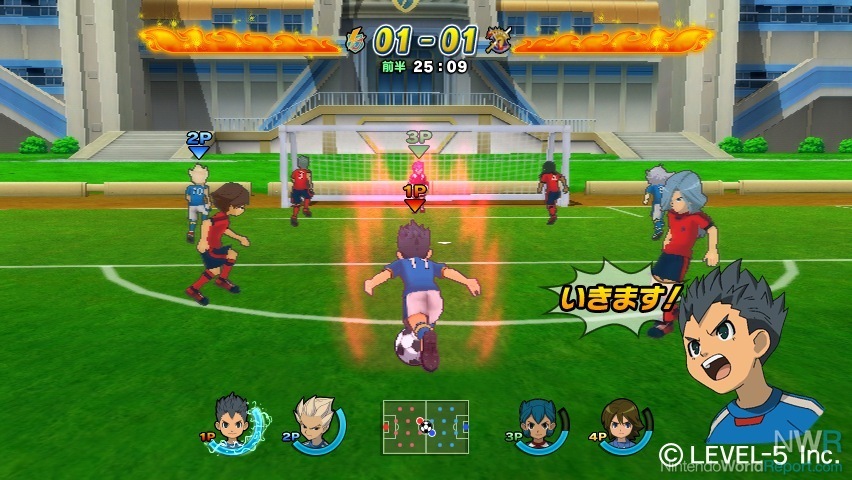 However, the game does a good job of making each player look unique.  It's nice seeing big fat guys and spiky-haired dudes playing side-by-side, as it gives the game character while making it less daunting than other games that require player-switching on the fly.

My hopes for this game are that Level 5 has a game mode that allows full team control, more variety with the cutscenes, and NES-style Wii Remote controls. After all, rage mode could easily be activated with a shake.

Inazuma Eleven Strikers is currently on schedule for a spring 2011 release, although as yet none of the Inazuma Eleven games have been released outside of Japan.

it seems like each player has their own unique ability; it’s just a shame that they only appear to have one