Fatal Frame rises from the murky depths! Does this lurid resurrection sink or swim?...

Digital only in North America? Digital film can still be just as spooky!...

HANDS-ON: Everything is scary when you are on a mountain. That is today's lesson....


2015: The Year Of Unintended Consequences: The First Half

From unused revisions to the inability to move, it was a crazy first half....

A good variety of titles fill the eShop this week from digital comics to Nintendo published VC Japan only adventure games.... 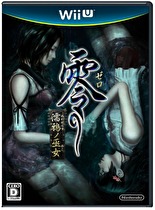