In space, screaming is your very last resort....

HANDS-ON: By affordable, we mean the Yugo of space travel....

In space, no one can hear you scream - except the sound-sensitive monsters....

Daan is back with a vengeance... and to talk about downloadable titles again. Yeah, that too....


What to Expect on Nintendo Platforms in 2015: Wii U eShop

Wii U has some cool digital content on the way too....

Nifflas gives his own Wii U eShop project a proper wild test....

A look at three upcoming Wii U eShop titles in a video format!...

Check out Wii U videos from Nihilumbra, Stick It to the Man, Affordable Space Adventures, Ballpoint Universe Infinite, Teslagrad, and Armillo....

Curtis joins the ruckus to talk about all the hottest topics of 2015: Mario Kart, Donkey Kong, and Twilight Princess....

What is the E3 experience for the half of RFN that isn't at E3 playing Smash Bros? Guillaume, Jon and special guest Greg Leahy give their thoughts on Nintendo's E3 2014 performance....

Because all the other lists are wrong....


What Happened to the Wii U GamePad’s Potential?

Neal investigates why Wii U games rarely seem to focus on the system’s exclusive features.... 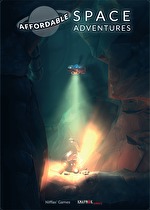