HANDS-ON: Capcom and Treasure team up on this third person action title on 3DS....

This is a very serious conversation about "microtransactions."...

Send out the holidays the right way with titans, bikes and KFC!...

The Famicrew talks about the few and the proud Nintendo titles that appeared at TGS 2013, the future of the Famicast and more!... 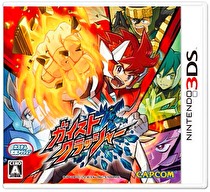