Shining Force: The Sword of Hajya

If you like Fire Emblem, then I have the Game Gear game for you!...

RADIO FREE NINTENDO: Episode 456: The Editor in the High Castle

Philip K. Dick didn't live to see the Game Gear, but if he did this would be his most harrowing alternate history...


RADIO FREE NINTENDO: Episode 346: In These Days of Graphics

Pikmin has arrived, along with other brand new games and also unspeakably old ones....

New Super Luigi U, dream DLC, and a break down of the 3DS' Game Gear offerings.... 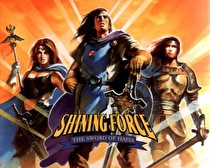