Even this second reopening isn’t a festive one....

Farming is better than retail....

A wild Game Boy game, Monster Hunter Frontier G and even Final Fantasy II (Famicom) all make appearances on the eShop this week....

How about a side of space simulation with your Hatsune Miku?...

Marvel and DC face off while the Wii U throws a party. ...

Find out about Wada's new game - Hometown Story - and how it differs from Harvest Moon....

While talking about Yasuhiro Wada's new project, Hometown Story, we got sidetracked a bit....

Two games about punching bad guys with Batman, two about the easy life - and hey, Sonic's here too!... 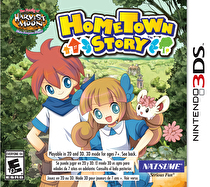