Does the added GamePad functionality make this soccer game the one to get?...

HANDS-ON: Even non-soccer fans might get a kick out of how the Wii U GamePad gives FIFA 13 precise controls and more accessibility....

The Downfall of Ubisoft on Wii U

We're at the end of this chapter of Nintendo and Ubisoft's relationship and the state of major third parties on Wii U is troubling....

Missed Last Week's News? Catch Up in Under 5 Minutes!

Our own Ariel Ruff gives you the news in a weekly rundown dubbed "Inside The Bubble"...

CONNECTIVITY: Episode 46: Too Much of a Good Thing

Recapping the EA Summer Showcase, debating Mario Fatigue, and Zach teaches us all about dinosaurs!...

Wii U and 3DS news is in plenty for this weeks Connectibites News Digest....


Placing Bets on the Wii U Launch Lineup


The Potential for an October Wii U Launch

I'd still bet money on the Sunday before Black Friday, but maybe this is just crazy enough to be right...... 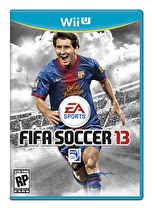