Final Fantasy: The 4 Heroes of Light

We take a peek behind the curtain to see who made this new Switch RPG....

Capcom stole the show with a sneak Virtual Console Arcade announcement, but how was the rest of the show?... 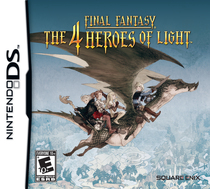