HANDS-ON: NWR is mesmerized by Capcom’s sequel to its Japanese-themed adventure game....

Okami HD is out on Switch, but did you know Bayonetta has direct ties to Amaterasu and Capcom's great Zelda-like?...

What has your NWR Staff been playing on their 3DSes?...

Six months ago, we checked in on what our staffers were playing. Now, what are our top five played games after a year with the 3DS?...

I've got ambitious plans that will probably not be finished....

Capcom stole the show with a sneak Virtual Console Arcade announcement, but how was the rest of the show?...


BLOG: Okami 2 to be Revealed By Famitsu?

RADIO FREE NINTENDO: Episode 240: They Call Him 'The Streak'

We've got RPGs galore, plus answers to your questions about our favorite consoles and, of course, Project Cafe....

This show has it all... new console rumors, Japanese shmups, and RetroActive!... 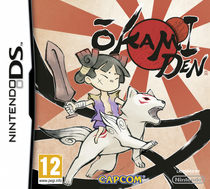