« on: June 07, 2021, 02:07:14 AM »
It looks like Archive.org has an extended cut of Super Mario Bros. The Movie.
I watched it, it was interesting to see the additions. Some things that were spliced in that I remember from the VHS version, which I guess are not in the DVD cuts. I bought the DVD years ago, but I don't think I ever got around to watching it. Had I watched the DVD I probably would have thought I had seen some Mandela Version in the 90s. There were a few extended things like the car chase scene that made me think "why would you cut that out? Don't cut action!"

"The film as released runs 104 minutes. This extended version runs a full 125 minutes, with 20 minutes of additional scenes. The editing has also been reworked throughout, and restored by filmmaker Garrett Gilchrist, well known for his restoration of The Thief and the Cobbler and many Muppet projects.

This version uses VHS sources for most of the film, for consistency. Otherwise identical edits sourced from DVD and Blu-Ray also exist, as well as a general restored workprint. We are exploring our options and further work will be done on this film later. However, the Archive Team has decided to release this version of the edit early, for the film's anniversary, and see what the fans think of it.

Previously-unseen deleted scenes include the Mario Bros running afoul of the (probably Mafia-connected) Scapelli plumbing company, Koopa murdering a technician by de-evolving him into slime, and Iggy and Spike rapping about the overthrow of King Koopa at the Boom Boom Bar. (Along with some dancing women who were censored for the theatrical cut.) There's more of Lena, Daniella and the Brooklyn Girls. Most scenes are extended in this version, with a lot more of the cast including Dennis Hopper as Koopa.

This edit attempts to do justice to a longer, earlier VHS workprint, but was not supervised by the directors directly. A future release may incorporate their notes."
2

In the old version we would substitute an actors other role in another movie and or an approximation of what their character is and use our movie knowledge to solve the movie riddle.

In this version we'll point out how weird a movie is by using critical theory to make the movies sound like the absurdities they are. We'll still do the other thing too.

First Movie
After years a grooming a female senator starts a sexual relationship with a teenager in a priesthood. Another priest follows leads towards uncovering experiments being undertaken by the government.  The teenage priest undertakes a journey to his homeland where he finds that his mother has been kidnapped. He finds her and she dies. He murders a whole village in anger.
3

I can't wait to see the polar bear model. « on: December 19, 2020, 10:18:11 PM »
Alright. So, I've been thinking about this for years. If you could cast a different actor for a movie or the TV version of that movie, who would it be? Many choices come to mind. Some are based on resemblance, some are based on range, some are bast on typecast, some are odd choices.

So this movie came out over 30 years ago. It was really popular. We can imagine that it didn't come out. Imagine it got thrown around different production teams, countries, was considered for TV. I've picked alternate actors for each main part. What movie is this based on this cast group? Bonus if you can name the theme of each row. and it isn't This is the End. 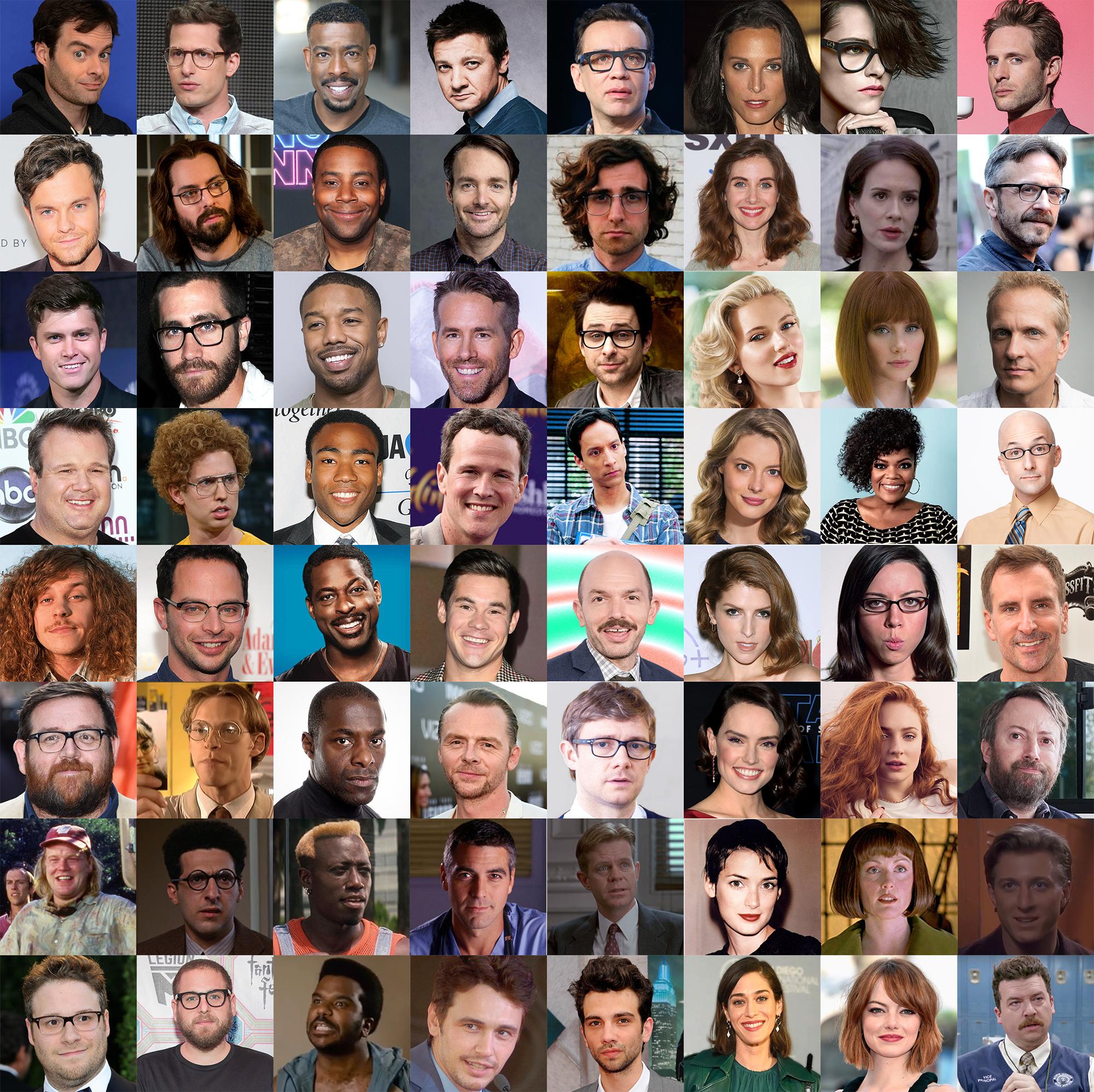 What movie is this alternate casting for?

I'm going to keep the bottle. What should I put in it?
8

General Chat / Google Hum is here. Hum music into your phone to find that song in your head.

We've been wanting this for years.

« on: September 29, 2020, 05:57:44 PM »
A lot of world building in these two episodes.  In this series you can just follow the present plot-line, but there is a very complicated interconnected plot-line going on as well throughout the series. I feel like I'm watching the show backward.
10

Nintendo Switch Online Lounge Service / I saw this in a movie 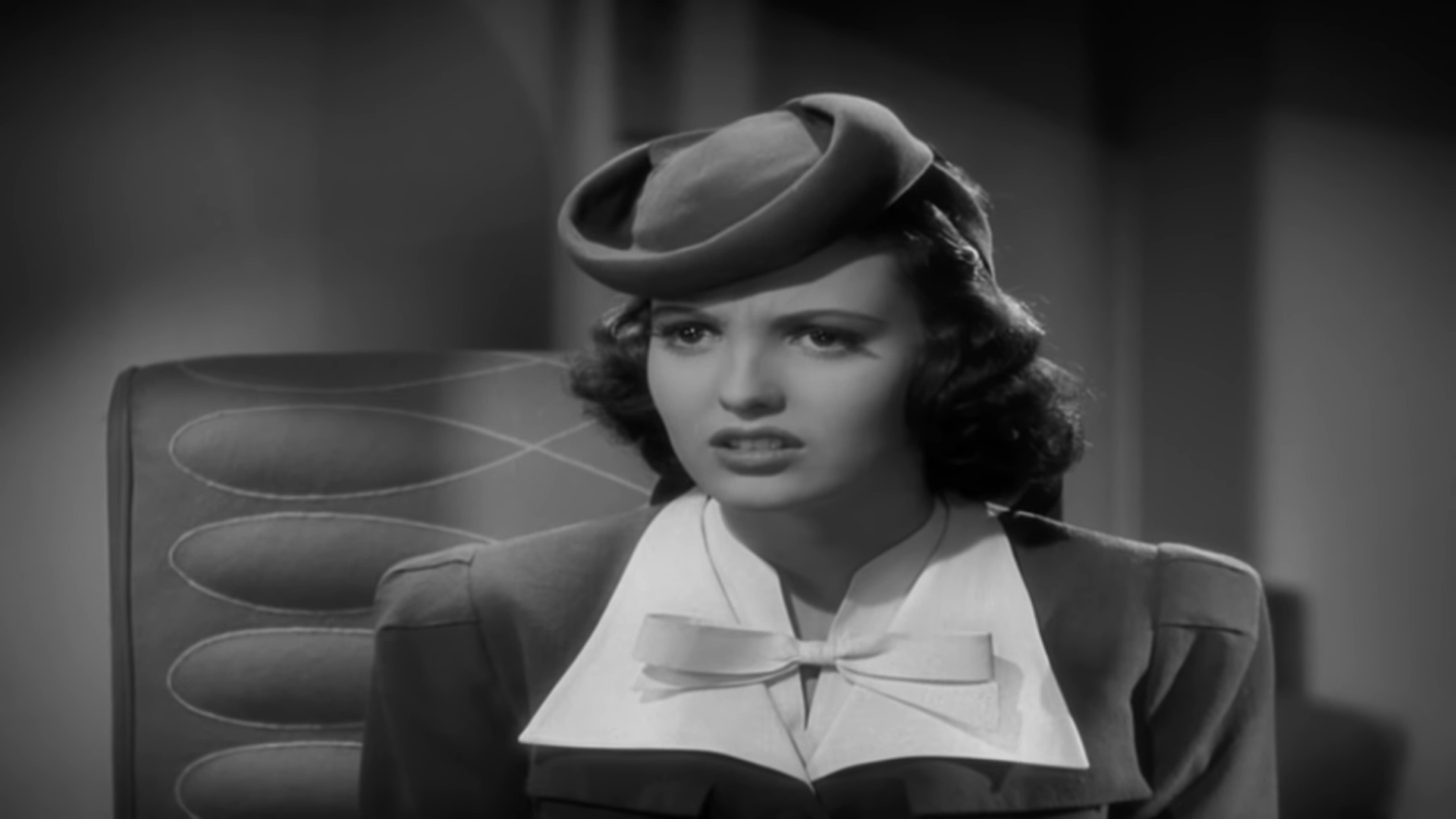 She's in a job interview. Her boss asked her if she plays Backgammon.
11

General Gaming / Microsoft has entered into an agreement to acquire ZeniMax Media, Bethesda

« on: July 07, 2020, 05:40:52 PM »
On Episode 1. I think Rey Rivera was thrown out of a helicopter. His trajectory from the roof to the other roof seems to be too far. The longest long jump is 29 feet. He was like 45 feet from the ledge. The only way you could jump that far is if you were on the moon, and even then you probably couldn't get the running start for a launch off. Though, I kinda want to map out how he could possibly jump that far. Usually on a track the ground stops your trajectory.

Sony isn't the only one skipping e3 now. E3 is skipping E3

E3 was a great thing during the 90s, but has become increasingly pointless with the advance in video streaming technology. This year it's not only pointless but a public health concern.
14

I hope they recast Max. Fury Road was fantastic, but I feel like Tom Hardy was miscast. They need somebody who isn't a huge name involved in various tent-pole  franchises.

I cosplayed as Max once 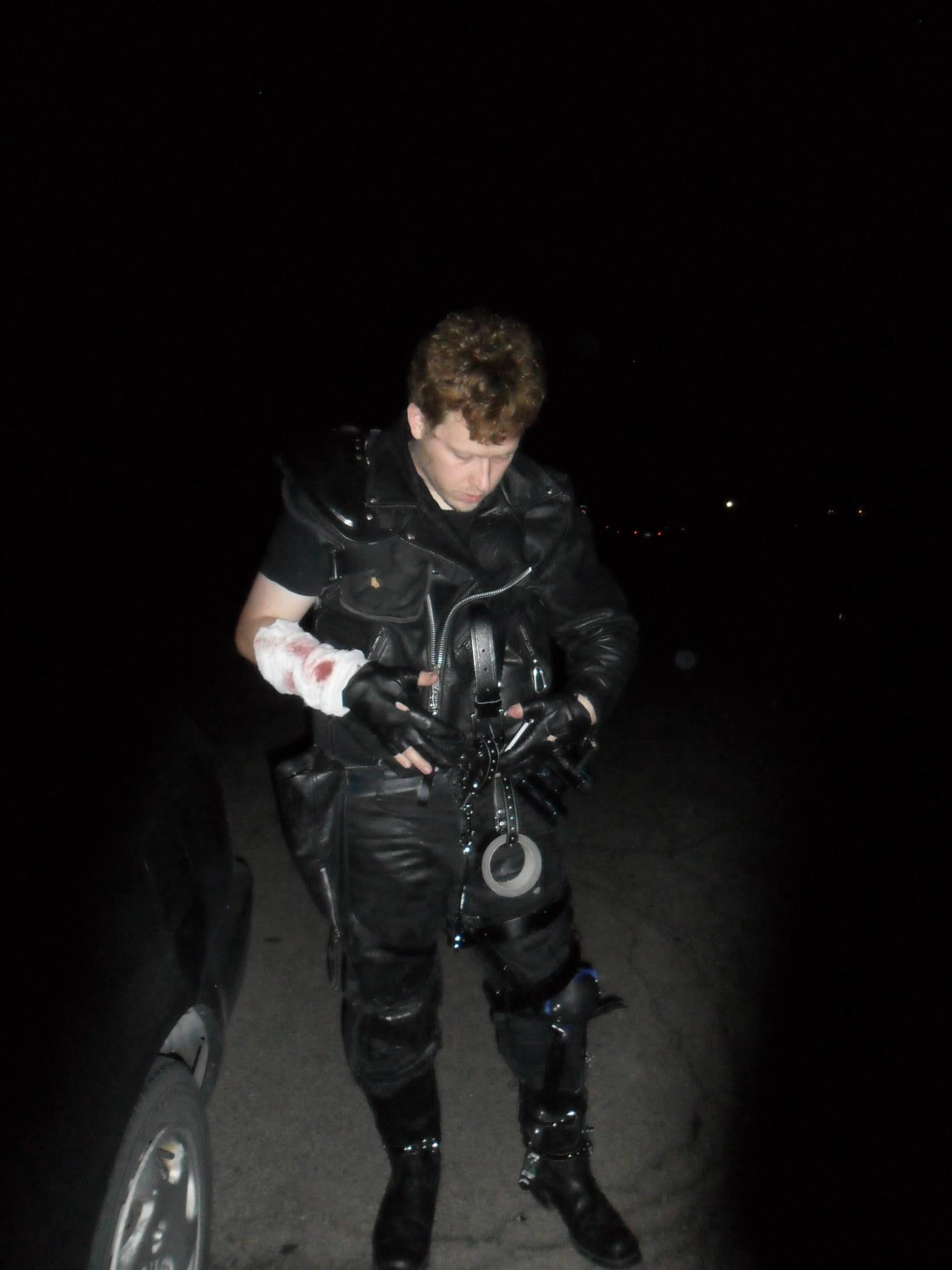 I was so drunk 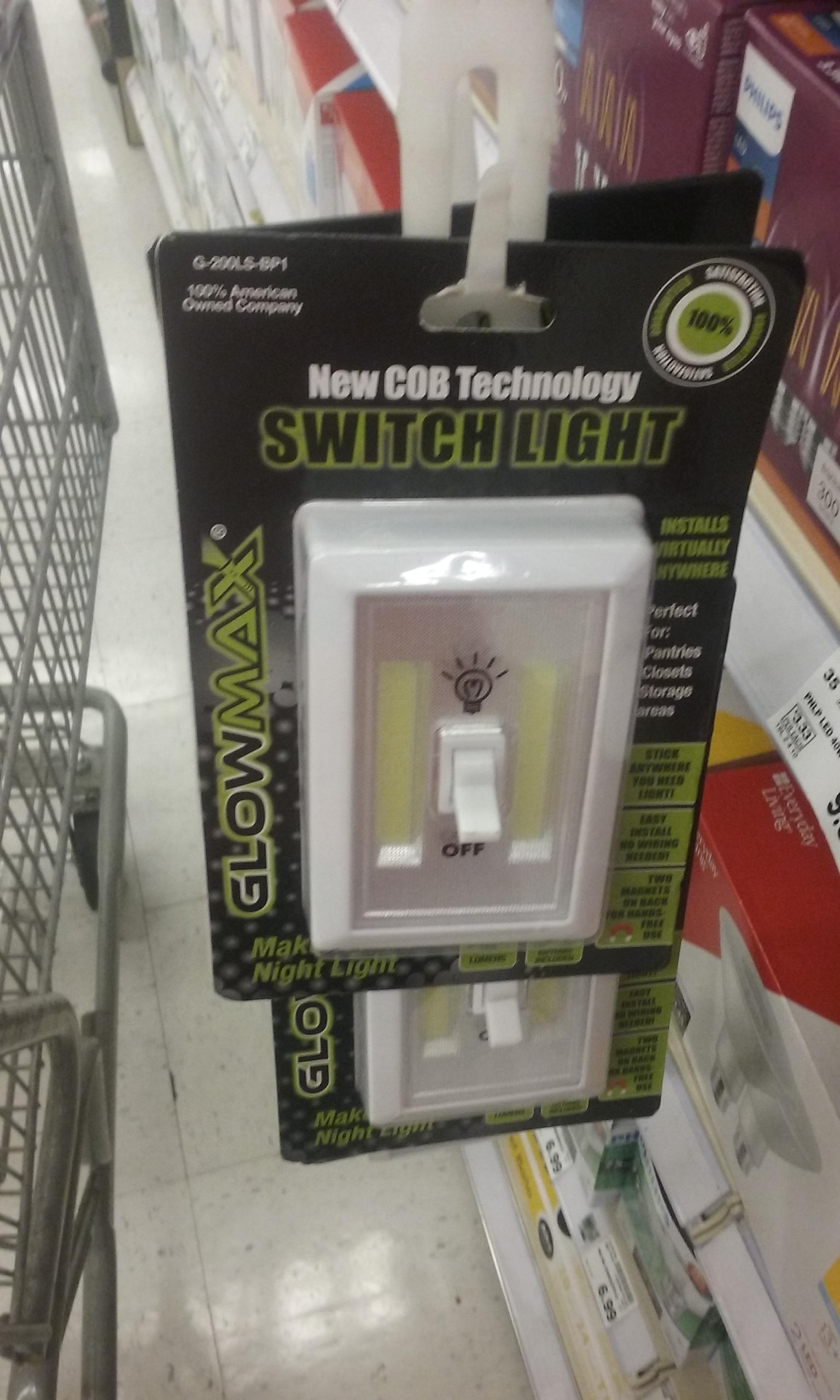 I like whoever's handwriting for roll 3. They were probably a fan of mk3 growing up.

The new logo is kinda weird.
19

So, The Matt Reeves Batman movie is starting to shape up. Affleck has been out for months. Robert Pattinson is now Batman, now to informally be referred to as Battinson or The Patman. The Batmobile will inevitably be known as the Patmobile(I always referred to My car as such actually) 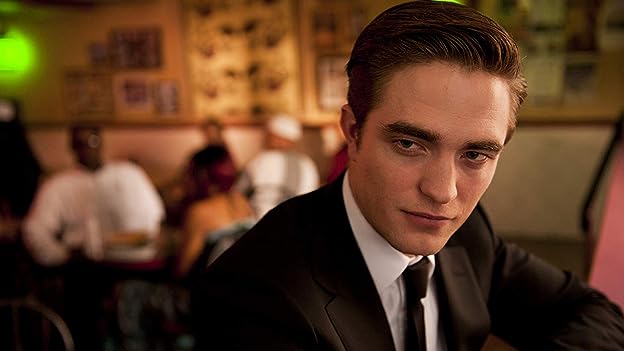 Commissioner James Gordon is going to be played by the amazing Jeffrey Wright. My only question about this is how will he wear his facial hair. Will he do the traditional mustache, clean shaven like the TV66 version, or have a beard? 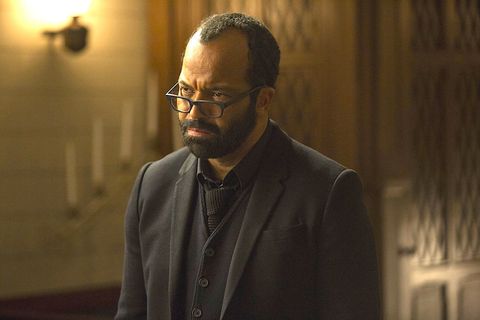 Jonah Hill is rumored to be in. I hear both rumors for Penguin or Riddler. I've also heard the rumor that he has the choice. This kind of reminds me of when Emma Stone was going to be Spider-man's love interest. Most thought she was going to play Mary Jane because she had red hair before, but she ended up playing Gwen Stacy. She would would have been pretty comic accurate either way. After watching Maniac I could see him as either character. There is also a rumor he'll be calendar man too. I am not too familiar with the character.

Other rumors/details about this movie: The movie will be structured like a detective movie , so Batman will be in every scene, and it won't shift perspective. Maybe it'll have a noir soundtrack? Supposedly based on The Long Halloween. I imagine it will only be partially based on that in the way Batman Begins was partially based on Year One or Infinity War and Civil War were based on those.

I'm looking forward to new details as they trickle out.

I drew a bunch of actors as Joker in a series 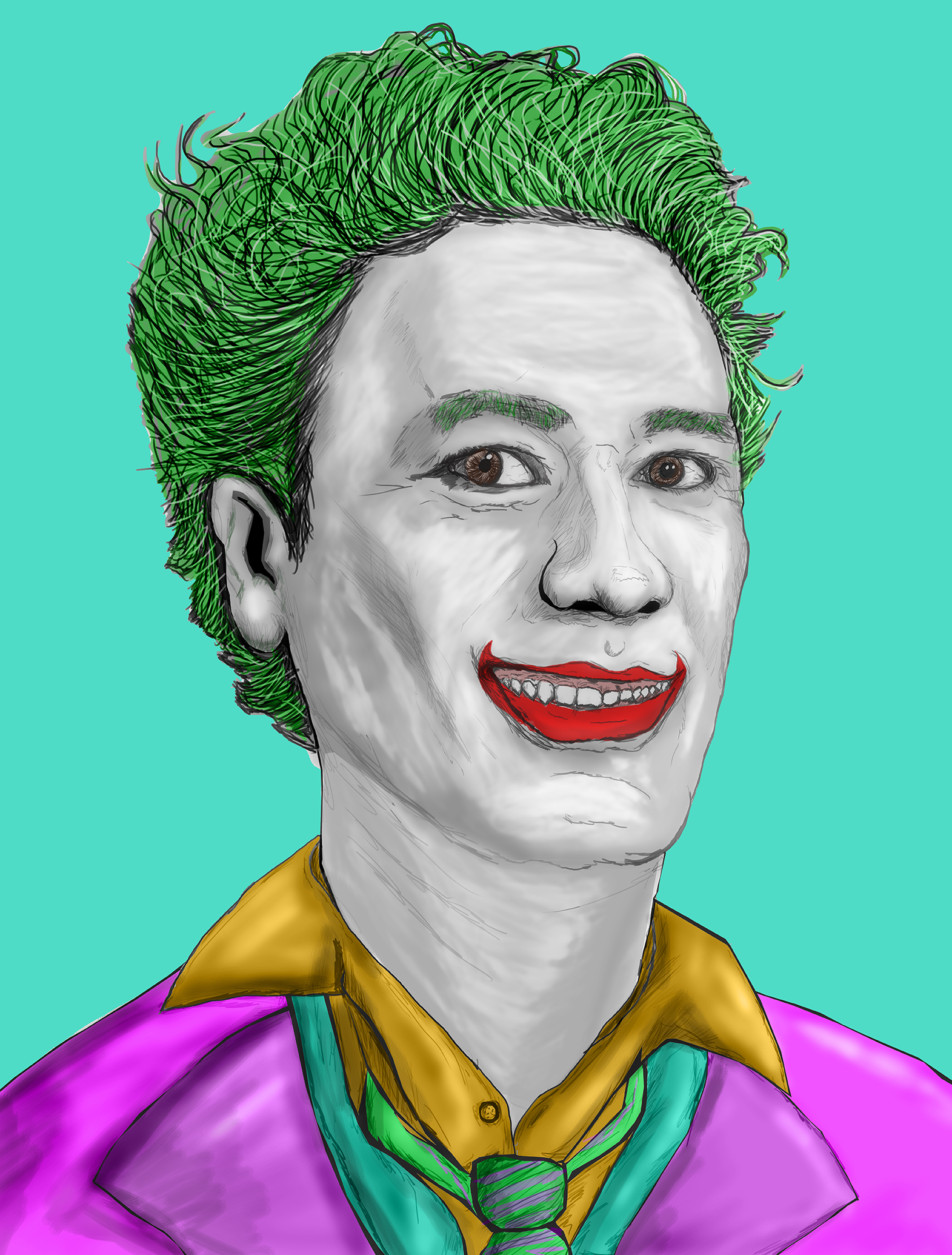 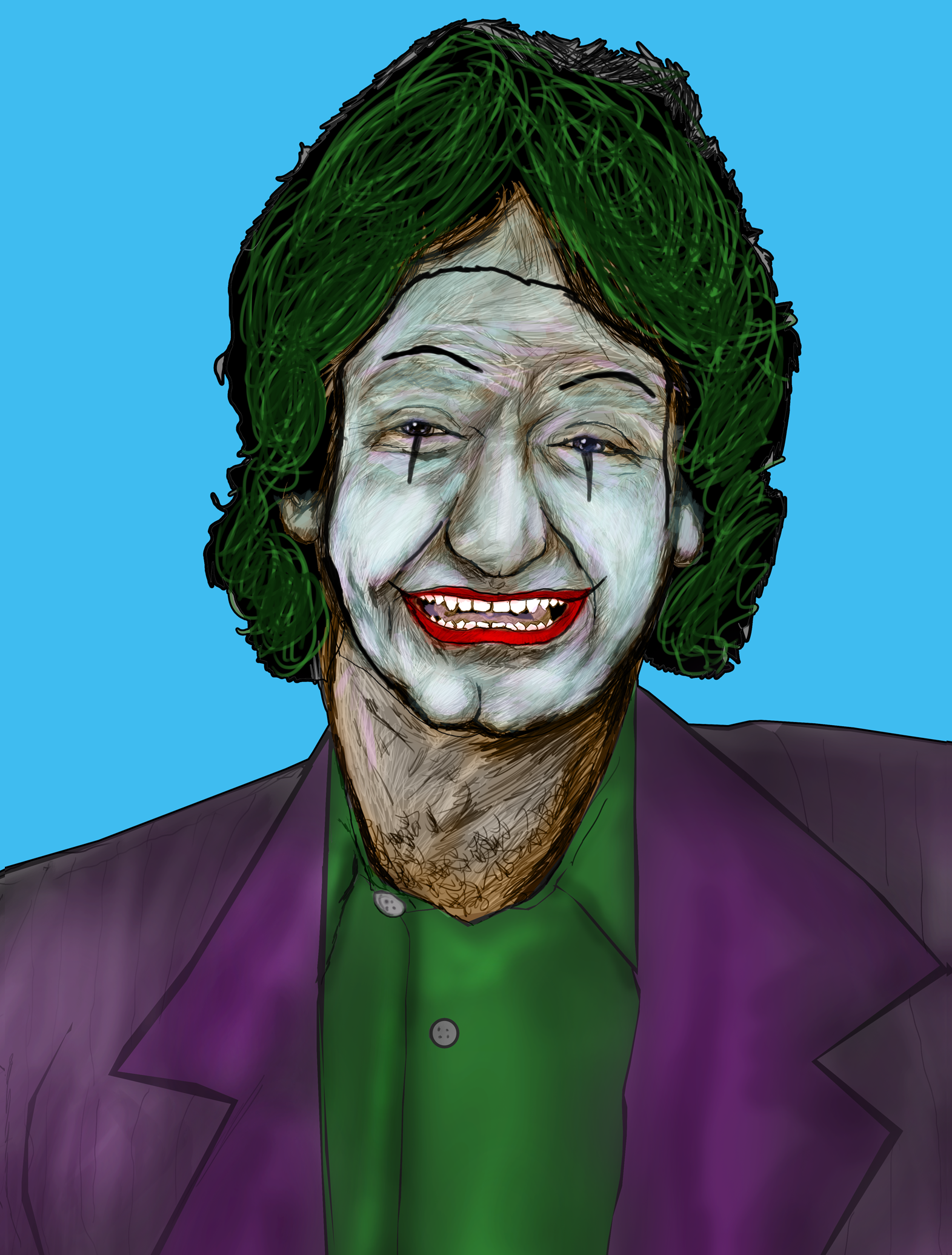 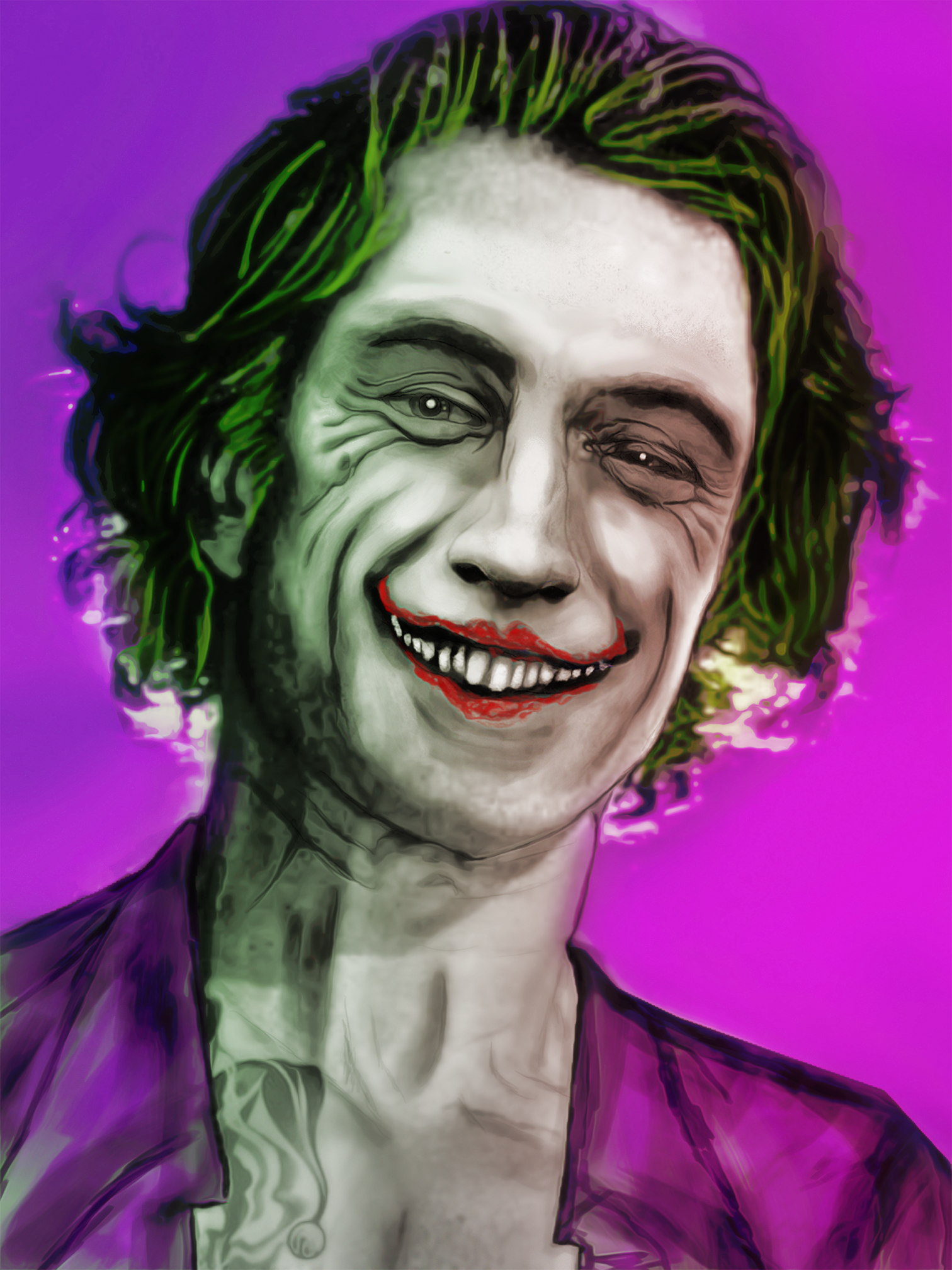 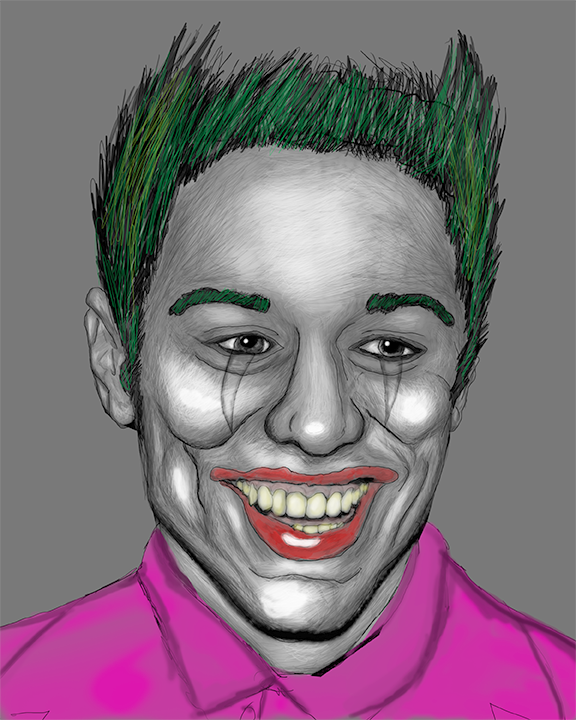 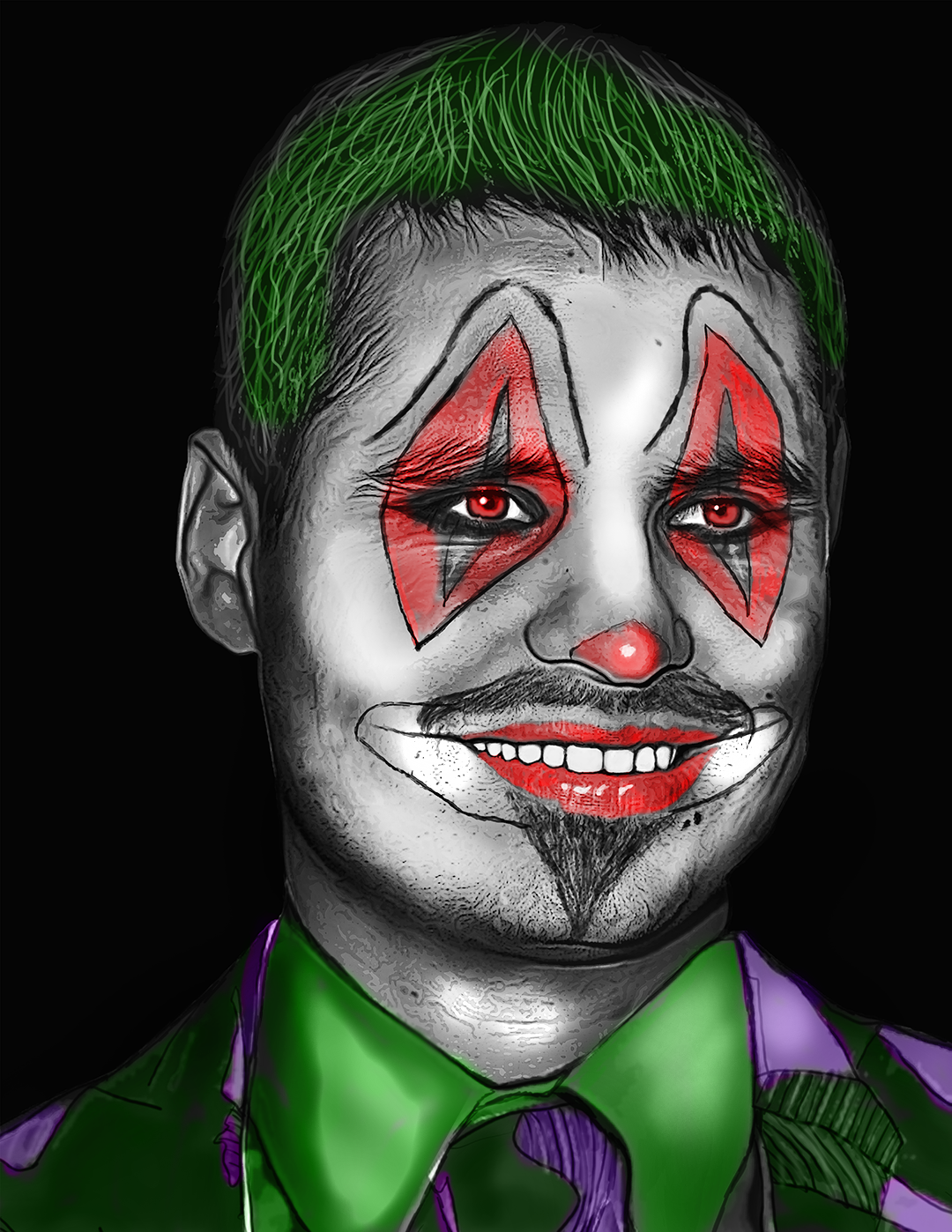 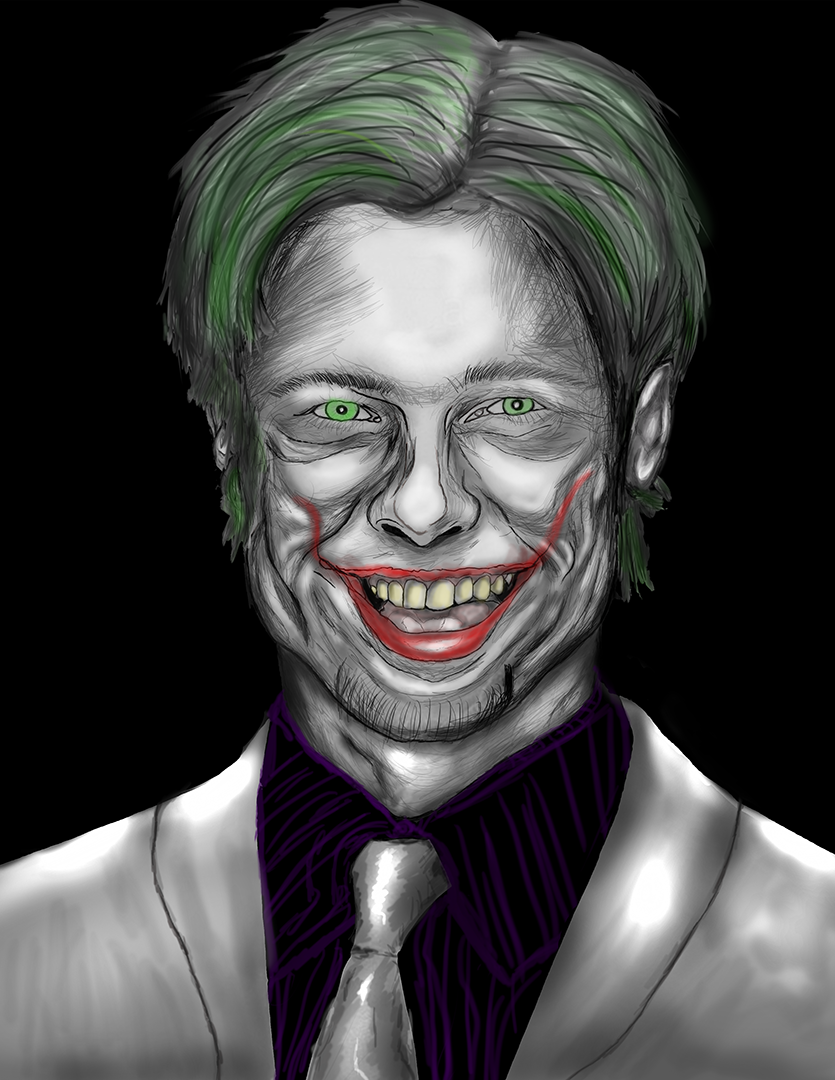 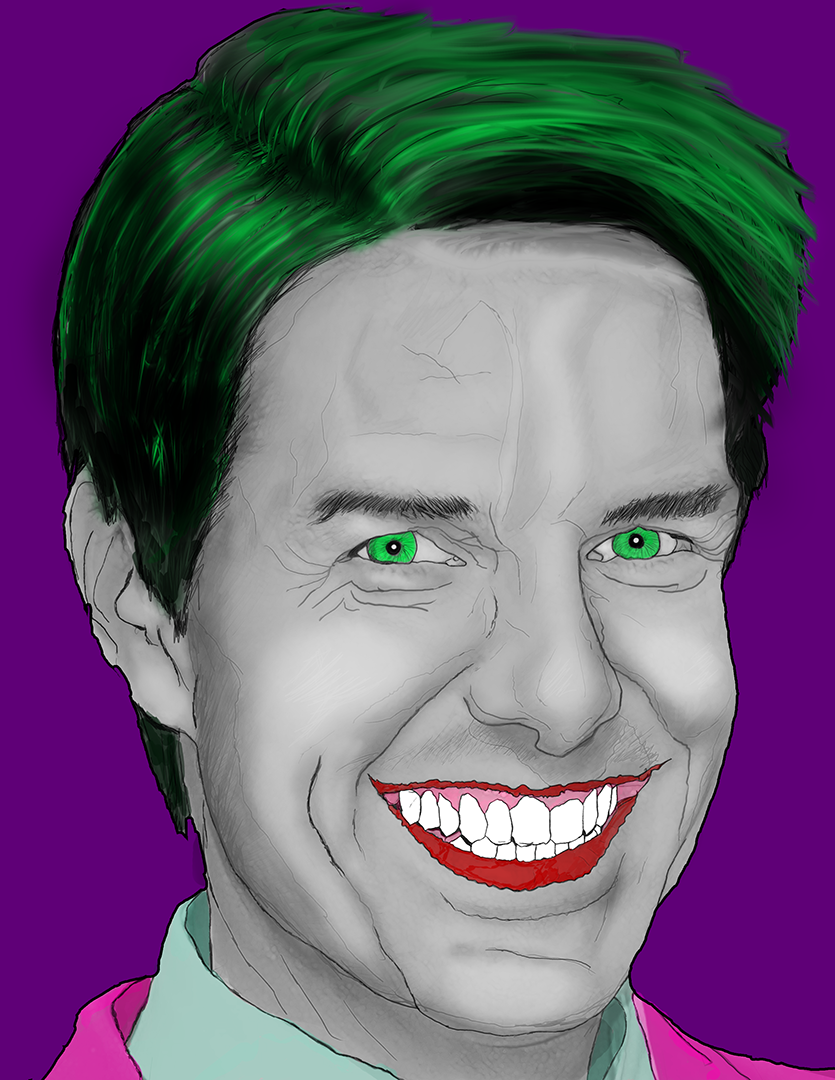 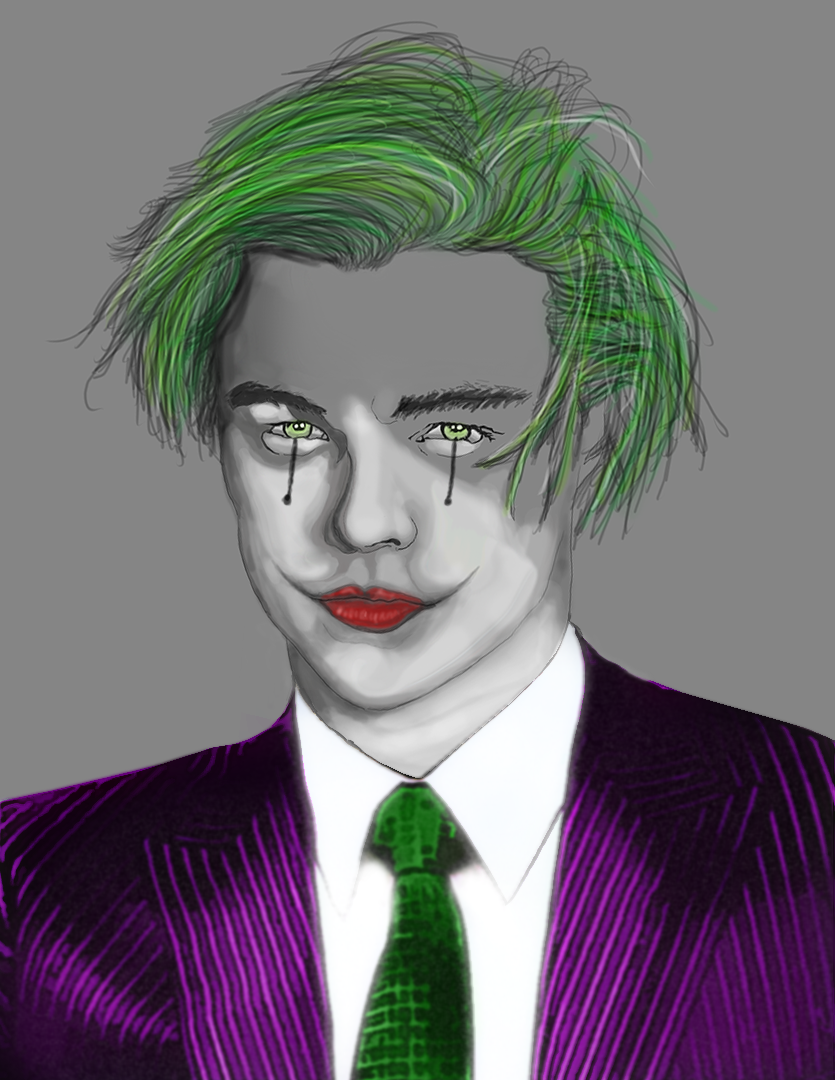 The Next Series is a Two-Face Series. I'm definitely going to do Clint Eastwood, Billy Dee Williams, and William Shatner who else should I do?
21

« on: August 17, 2019, 09:33:22 PM »
Alright, so around 2012 I was looking up Kaley Cuoco's IMDB profile and I noticed she had been on an episode of the X-files when she was way younger. If I remember correctly the episode was the one about cockroaches. Anyway, I watched the episode and there she was. She looked the same except she was a teenager. A very small part. I thought it was an interesting early career part.

Years later I'm looking at her IMDB profile and it's missing. Google searches turn up NOTHING. I'm living in an alternate universe.
22

Predictions: We'll finally see Metroid Switch. Even if Metroid got rebooted they still have assets to work with.

Maybe we'll see a Switch revision. The Executives over at Nintendo are known to boldface lie in these regards.
23

Movies & TV / Rick and Morty: Back for Season 4

I hope they bring back The Outer Limits. They were going to make a new Tales From the Crypt, but there was some weird rights dispute.

You know what is odd? There is this website called Radiotimes that seems to always have the same article about Black Mirror season 5 if you google it. Only, it is always updated nearly every day. So, you almost think that it is new news. I go through the website, and it could just be some weird click baity website, but it also might be some weird Bandersnatch Easter Egg.

Twilight Zone has been excellent. They've really brought back their A game. This is definitely the best Twilight Zone cinematically since the first one.